Kills & thrills coming to the Midlands in 2022

What better way for theatre-goers to kickstart the new year than by treating themselves to a nailbiting  murder-mystery or a brain-scrambling whodunit? There are certainly plenty of theatrical thrillers visiting the Midlands over the next few months. Check out the selection below, then bag yourself a ticket or two...

Dan Brown’s bestselling novel - written in 2003 and made into a blockbuster movie starring Tom Hanks in 2006 - sees cryptologists Robert Langdon and Sophie Neveu grappling with a series of baffling codes found alongside the body of the brutally murdered curator of the Louvre...
“I’m thrilled that The Da Vinci Code has been adapted for the stage,” says Dan. “The team making the production have been faithful to the book, but have also brought something new for the audience. This is a gripping, fast-paced stage thriller and a thoroughly entertaining show.”
One-time EastEnder Nigel Harman stars. 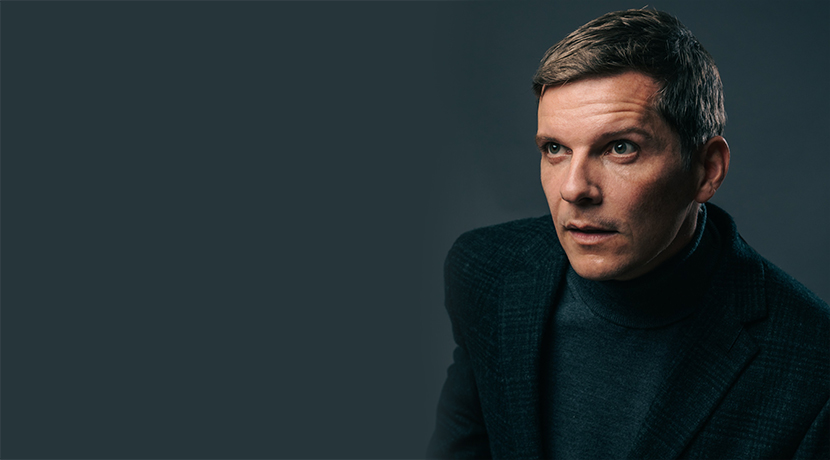 Bestselling crime writer Hilary Bonner’s fast-moving thriller focuses on the character of politician Peter George, a man admired by the British people for his determination to restore trust in a political system badly damaged by an era of sleaze and spin.
But Peter has a shocking secret in his past -  one that threatens to derail him during a fiercely fought election campaign...
Expect an evening of terrific twists and turns, right to the very last scene. 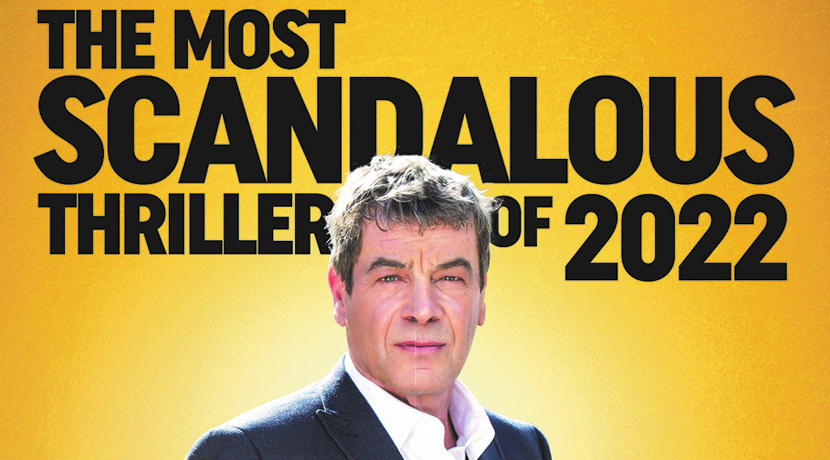 An MP with a charmed life, a journalist with an axe to grind, and a dead body that brings the two protagonists into close and incendiary contact with one another...  Robert Hawdon’s Revenge is here presented by Crime And Comedy Theatre and directed by Louise Jameson. Louise’s acting CV features high-profile shows including Tenko and Dr Who, but she’s perhaps best remembered from Bergerac, in which she played the titular character’s long-suffering girlfriend, Susan Young. 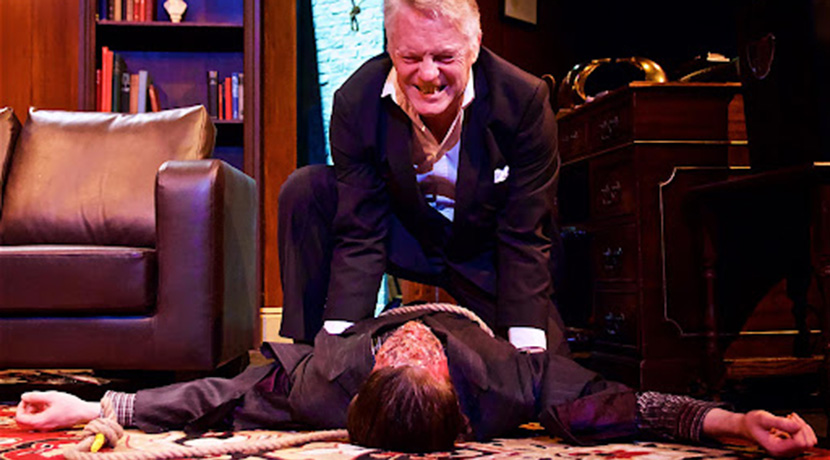 This new stage play is based on the classic detective board game of the same name and the hit 1985 movie, Clue.
Featuring all of the game’s famous characters - Miss Scarlett, Professor Plum, Mrs Peacock, Reverend Green, Mrs White and Colonel Mustard - the show is being helmed by Mark Bell, director of the award-winning The Play That Goes Wrong and A Comedy About A Bank Robbery. 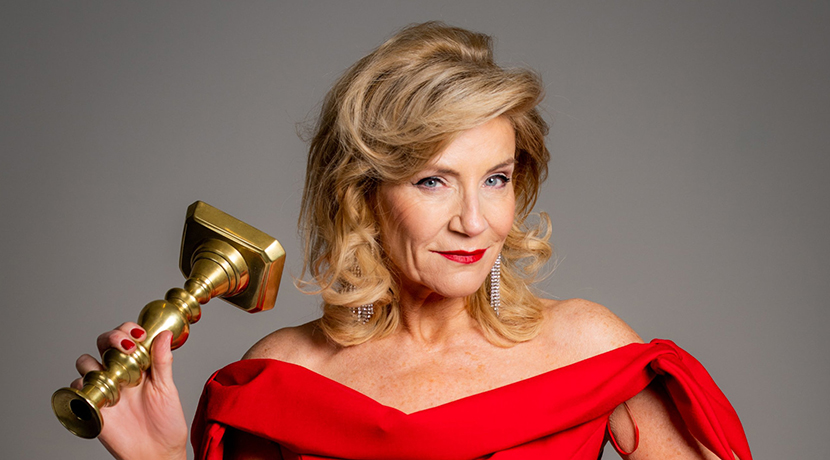 THE CURIOUS INCIDENT OF THE DOG IN THE NIGHT-TIME - Birmingham Hippodrome, Tues 29 March - Sat 2 April

This National Theatre stage adaptation of Mark Haddon’s award-winning novel bagged an impressive seven Olivier Awards in 2013 and has met with almost universal acclaim. At its centre is the character of 15-year-old Christopher, a boy who describes himself as "a mathematician with some behavioural difficulties". Initially coming under suspicion after discovering the lifeless body of his neighbour’s dog, Christopher decides to investigate the crime - and embarks on a journey that will change his world forever... 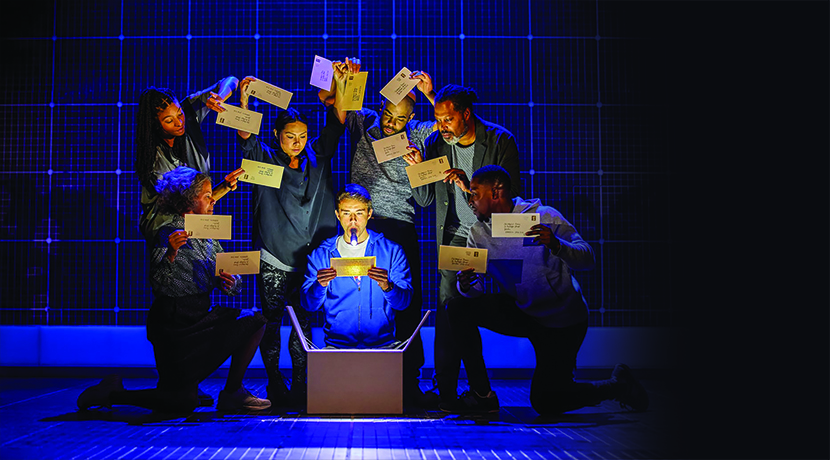 James Dearden, who wrote the screenplay for the famous 1987 movie of the same name, penned this stage adaptation back in 2014. For those who’ve never seen the film version starring Michael Douglas and Glenn Close, the story revolves around married New York attorney Dan Gallagher, who meets charming editor Alex Forrest on a night out in the city and ends up sleeping with her. For Dan, it’s a one-night stand; for Alex, it means so very much more - as Dan is soon to find out...
Coronation Street favourite Kym Marsh takes the iconic role of bunny boiler Alex. 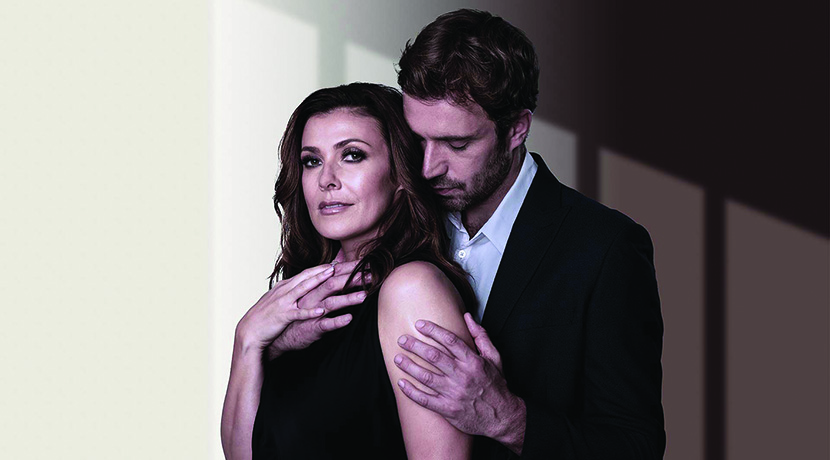 WHERE IS MRS CHRISTIE? - Stafford Gatehouse Theatre, Fri 20 May

In 1926, bestselling whodunit writer Agatha Christie was at the centre of a mystery of her very own. Her crashed car was discovered in Surrey, with Agatha nowhere to be found.
It was 11 long and baffling days before the legendary author resurfaced, eventually popping up at a luxury hotel half the country away in Harrogate...
Actor Liz Grand here presents a one-woman show speculating about what happened to the Queen of Crime during the period she was missing.
Liz previously ‘went it alone’ on stage in The Second Best Bed, a tell-all tale in which she played Shakespeare’s widow, Ann Hathaway, on the night of the bard’s funeral. 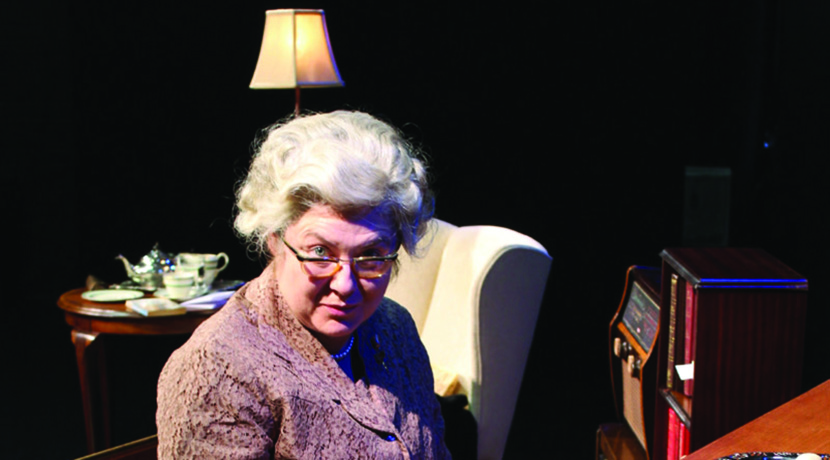 Bestselling crime writer Peter James has scored major successes on stage as well as in print, with adaptations of his books having played to appreciative audiences at venues across the UK.
This latest offering features Detective Superintendent Roy Grace, the Brighton-based policeman who’s headed up murder investigations in a number of James’ most popular novels.
On this occasion, Grace is called in when a man who finds a USB memory stick on a train inadvertently becomes a witness to a vicious murder...
EastEnders stalwart Adam Woodyatt (Ian Beale in the BBC soap) takes top billing. He’s joined by his former Albert Square co-star, Laurie Brett (who played Ian’s wife, Jane, in the show).

“Dr John Watson is often overlooked but is more than Sir Arthur Conan Doyle’s alter ego,” observes Bert Coules.
Bert, the BBC’s head writer on The Further Adventures Of Sherlock Holmes, has collaborated with Smokescreen Productions on this brand-new play. “Deeply affected by the effects of war in Afghanistan and appalled by dishonesty and falsehood, Watson is a remarkably contemporary character to bring to life on stage,” continues Bert.
The Final Problem sees Brittas Empire star and Smokescreen founder Tim Marriott reenacting the last Sherlock Holmes adventure from the perspective of unsung hero Watson.
The show has been positively received on its current tour, with Marriott widely praised for his portrayal of Holmes’ faithful companion.

An element of Crimes, Camera, Action’s storyline will almost inevitably remind people of the recent fatal wounding on the set of Alec Baldwin movie Rust - but that’s definitely where comparisons with real life will come to a grinding halt.
Very much majoring in comedy rather than tragedy, the award-winning New Old Friends here present a madcap mystery set in Golden Age Hollywood.
When a screen starlet is stabbed as a result of an on-set prop mix-up, it falls to Humphrey Bogart-style private eye Stan Shakespeare to bring order to the chaos.
But Stan has definitely got his work cut out... 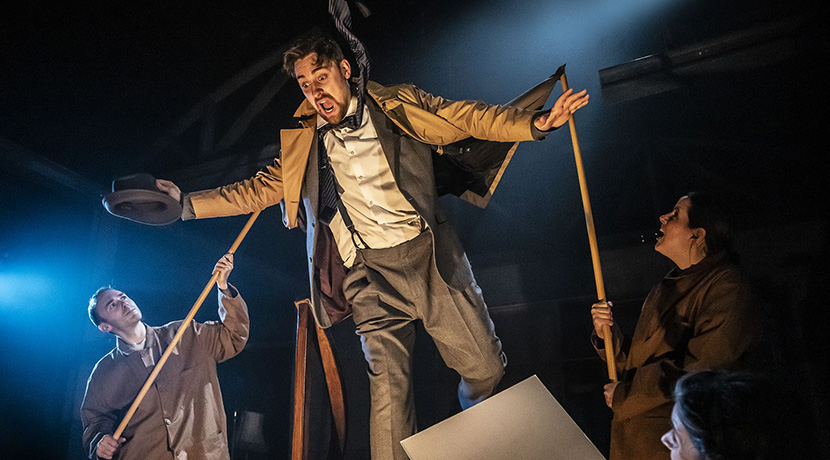 Dr Jekyll is not himself! Robert Louis Stevenson’s gothic novella is a dark, twisted tale of love, redemption and the seductive power of evil. A bonafide literary classic, it tells the story of a brilliant but obsessive scientist whose sadistic alter-ego wreaks havoc and mayhem on the fog-shrouded streets of old London town... 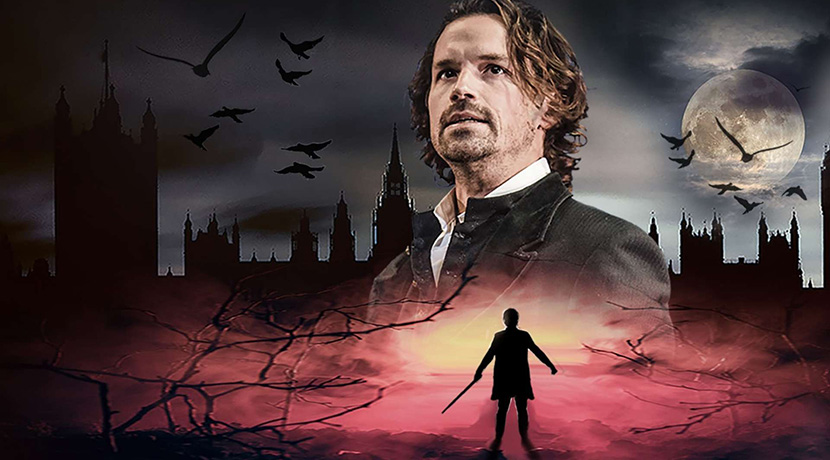 Audience members of a certain vintage will be wowed by the presence of Patrick Duffy in this clever adaptation of French writer Robert Thomas’ Trap For A Lonely Man.
Duffy’s heyday was the late 1970s and early 1980s, when he starred as Bobby Ewing in the hit television series Dallas.
And he’s not the only Hollywood actor gracing the Malvern stage in Catch Me If You Can. Homeland and Happy Days star Linda Purl - Patrick’s real-life partner - is also putting in a shift.
A mystery thriller set in the remote Catskill mountains, the play sees Inspector Levine called to a house to investigate the disappearance of the recently married Elizabeth Corban. Then, out of the blue, a woman arrives at the house claiming to be the missing newly-wed. But there’s the distinct possibility that not everything is exactly as it seems... One-time Coronation Street bad boy Gray O’Brien co-stars. 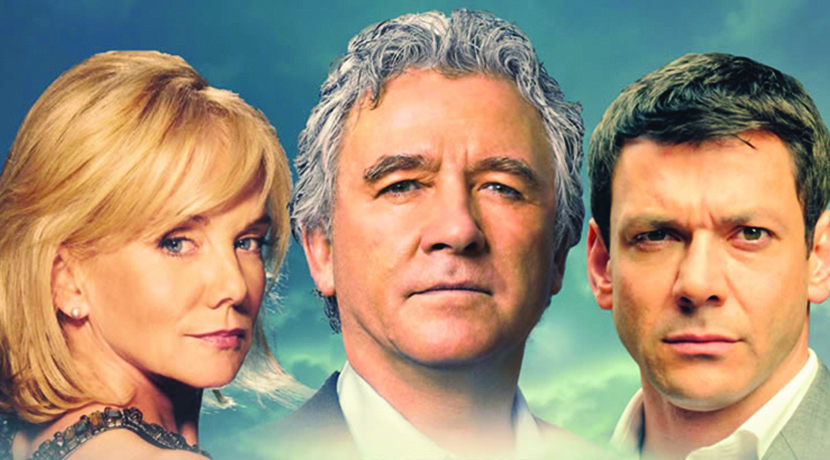 Sir Arthur Conan Doyle’s Sherlock Holmes is one of literature’s most enduring characters, The Hound Of The Baskervilles his most famous story. Yet no matter how many actors don the deerstalker and solve the mystery of the monstrous moorland beast, the story remains a popular choice for both stage and screen adaptation. On this particular occasion it’s the award-winning Original Theatre Company who are taking the audience on a journey to the lonely wasteland of the desolate moors...
Oh, and once there, the ensemble will then proceed to give Holmes’ most celebrated adventure a splendidly farcical overhaul!
Chuckle muscles at the ready, folks... 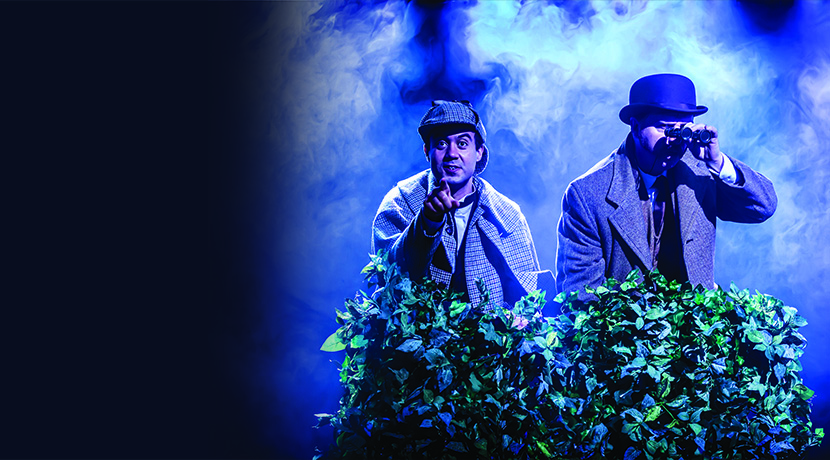