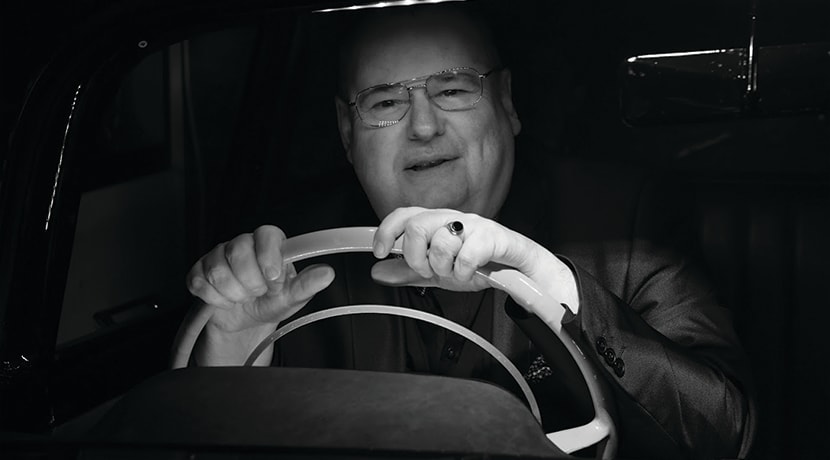 In the summer of 1979, 2-Tone Records, an independent label from Coventry, released Gangsters by The Special A.K.A. (or The Specials, as they would become known). The single signalled the start of a musical revolution. Over the next few years, 2-Tone would become a voice of protest against the Margaret Thatcher-led Conservative government.

The 2-Tone movement boasted an exciting roster of bands and a distinctive black-and-white chequered logo featuring a sharp-dressed man in a pork-pie hat. And, in Jerry Dammers - who, as leader of The Specials, would be responsible for some of the most memorable tunes of the 1980s - it had an iconoclastic and gifted founder.

Forty years on, 2-Tone’s contribution to British music is being celebrated at the Coventry Music Museum.
Pete Chambers, the museum’s director and curator, remembers when Gangsters skanked its way from his home city to the top 10 in the UK chart: “The Clash had been playing with reggae and punk, but I think The Specials took it to another level, and it was incredible for Coventry. We happened to go on holiday to Lloret De Mar in Spain, and we were all there, skanking. Gangsters was being played and we were so proud. Some cities have got their own bands, but we ended up with a whole movement!”

As Chambers recalls, Coventry was “the epicentre of the British music scene for a while”, but it was 2-Tone’s international popularity that fired his passion to recognise the contribution the label had made to the city.

“A friend of mine was approached by two Japanese girls in Coventry city centre who were looking for the ‘2-Tone’. He reported this back to me, and I was disgusted that there was nothing. I decided to write a book called The 2-Tone Trail, and that’s where it started.”

The museum opened five years ago, and while its 2-Tone exhibits include items relating to Selecter, Madness and The Beat, all of whom released records on the label, it’s The Specials who remain the chief reason why people visit the venue.

The band’s single, Ghost Town - a damning indictment of Thatcher-led policies - topped the charts in July 1981. Its success coincided with an outbreak of inner-city rioting across Britain - a response to escalating racial tension and social deprivation.

The video for Ghost Town featured a scene where the band are singing the song’s refrain in a classic Vauxhall Cresta. A re-creation of the car has become a popular new attraction at the Music Museum.
“We believe that parts of our Ghost Town car are from the original,” says Pete. “People love the car - everybody wants their photo taken in it.”

Just like the label that inspired a couple of female fans from east Asia to make a 6,000-mile pilgrimage, the Coventry Music Museum is an independent operation, with funding mainly provided by admission charges: “We’re part of the 2-Tone Village, made by the fans for the fans. We’ve got two shops, the 2-Tone café, the Coventry Music Wall of Fame outside, and we’ve got the museum, so it’s a lovely little enclave.”

As 2-Tone nears its 40th anniversary, it seems appropriate that Encore, the first album of original material by The Specials in more than 20 years, went straight to number one in the UK album chart, less than a week after the band announced they would play four nights in July in the ruins of Coventry Cathedral. Also, one of the things we’re doing is ‘kids go free’. We want to educate the kids about 2-Tone, so throughout this year they can visit the museum for free, as long as they’re accompanied by an adult. We’ve also got a little comic book that explains about 2-Tone in a child-friendly way.”

While Pete acknowledges that the museum is inspired by 2-Tone, he’s also keen to celebrate the work of other musicians, not only from Coventry but also neighbouring towns and cities. These include Frank Ifield, Lieutenant Pigeon, The Enemy and The Primitives. But it’s the story of a Coventry-born woman who pioneered British electronic music which attracts a significant number of visitors to the museum...

As a member of the BBC Radiophonic Workshop, Delia Derbyshire took an original tune by Ron Grainer and helped to compose the  Dr Who theme in 1963. Her innovative approach to recording music created some of the earliest electronic sounds, many of which were way ahead of their time. Derbyshire died in 2001 at the age of 64.

“After 2-Tone, she’s the next most popular   pilgrimage people make. Delia’s definitely number two - we have a lot of people coming for that. It’s a shame she never saw any of this.

“We got a road named after her in Coventry. The local authority wanted to call it ‘street’ or ‘road’, but I said we should have the double meaning of ‘way’, because Delia liked to do things her own way. So it became Derbyshire Way.”