Cabaret is extraordinary at Wolverhampton Grand 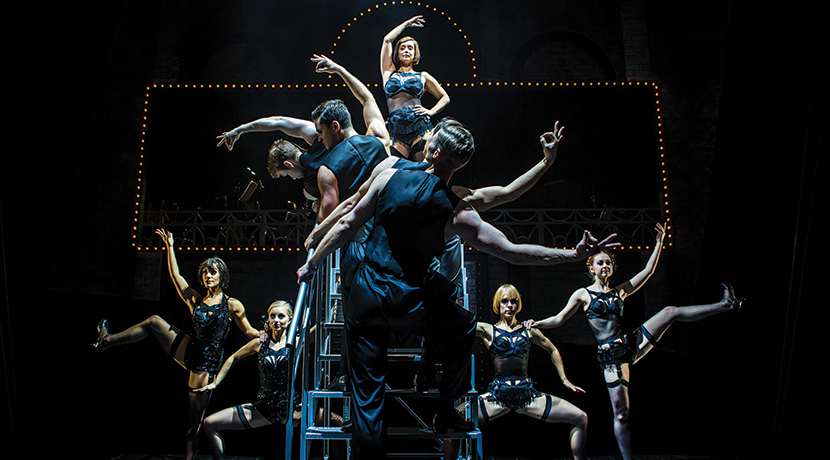 Kander and Ebb’s legendary musical Cabaret is one that captures a snapshot of Berlin at a significant turning-point; a point in time that will change both Berlin and the rest of the world forever.

Germany’s Weimar Republic bred an age of unrivalled decadence for Berlin by abolishing censorship, closing hours and morality laws. Creatives, artists and performers flocked to Berlin, wishing to make the most of this freedom of expression.

Yet, hidden by Berlin’s glamorous exterior was something even more sinister - the Nazis’ rise to power. Bill Kenwright’s production of Cabaret successfully continues the musical’s great legacy, which includes eight Tony Awards and a seven-time Oscar-winning film adaptation.

Rufus Norris’ reworking of Cabaret is one that really focuses on the dark side of 1930s Berlin, where the humour and sensuality of the Kit Kat Klub’s shows create such a stark contrast to the political turmoil. Cabaret is jarring and the audience is hurled from fits of laughter to absolute horror, and back again.

Set designer Katrina Lindsay outdid herself in this production. Her set gives the musical both a feeling of timelessness and routes it firmly in the showbiz of 1930s Berlin. The set is simple in colour scheme and minimalist in style, yet intricate and able to fulfil an active role within the cast’s choreography.

Cabaret’s choreography is dynamic, daring and sexy. But, then again, I’d expect nothing less from renowned choreographer Javier de Frutos. This tour’s cast exude confidence on stage and perfectly execute each move, giving the choreography even more flare.

John Partridge’s performance of Emcee is outstanding. In particular, Emcee’s If You Could See Her was particularly poignant. The audience is left disgusted at themselves for laughing along with his song about his lover who appears as a chimp, before it’s revealed that she’s actually just Jewish.

I found myself, however, all the more captivated by Herr Schultz and Fraulein Schneider’s story than that of Sally Bowles and Cliff Bradshaw. Herr Schultz and Fraulein Schneider were presented with perfect wit and tenderness by James Paterson and Anita Harris. Both performers voices also suited their respective roles, with James Paterson boasting silky soft vocals and Anita Harris presenting a slightly more raspy tone in a classic, old school showbiz voice.

Their parting scene in Herr Schultz’s fruit store left me genuinely heartbroken and brought tears to the eye. Again, Katrina Lindsay’s set really added to the drama here. The illuminated Star of David graffitied onto the shop’s smashed window added an eerie, sinister atmosphere to the scene and hinted at the great atrocities to come. Herr Schultz’s insistence that things will get better for Jewish Germans was nauseating, as we, of course, know that this is only the beginning of their persecution.

The musical’s finale continued this disturbing realism. Each cast member enters and leaves the stage, walking solemnly from one side to the other singing extracts from their previous musical numbers. They appeared as ghostly apparitions of the Berlin that will be lost as the Nazis come to power. Finally, Emcee and all the dancers from the Kit Kat Klub are left naked on stage, clinging to each other in unity and fear as the image behind their vulnerable, exposed bodies evokes the horror of the concentration camps.

This particular production of Cabaret is extraordinary: haunting and devastatingly beautiful. This is a show I’ll carry with me for many many years to come.