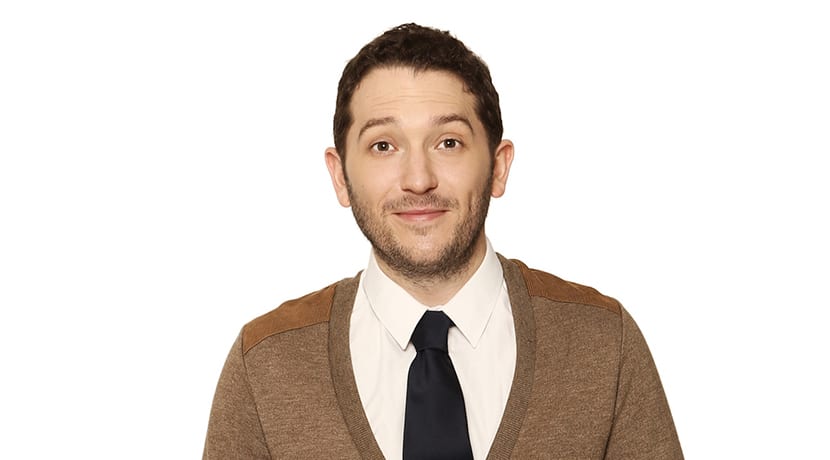 A live event featuring comic Jon Richardson is being streamed on Saturday (9 May) by comedy club Just The Tonic, which regularly presents shows in, among other UK locations, Birmingham, Leicester, Nottingham and Leamington Spa.

Announcing the news, the club said: "This is Just The Tonic Comedy Club's first live stream event. It will feature comedians that we usually book for stand-up doing different things, as we try to get to grips with the new world order. Buy a ticket with an open mind. We will be trying to do this regularly, so please sign up for newsletters on the checkout or go back to our website and join the mailing list.

"This first event features Jon Richardson, Matt Forde, Paul McCaffrey, Naomi Cooper, Leo Kearse, Darius Davies and Phil Ellis, and is hosted by Just The Tonic founder Darrell Martin. Do not expect straight stand-up! This is all new to everyone. The show itself will be from 9pm, but you can log in around 8.30pm for a specially selected playlist pre-show-type music-type thing!

"We emailed our regulars to ask what they would pay. We got varied results. So we've put varied ticket prices, plus the chance to pay a bit more, if you think it was worth it, after the event. Basically it's all the same. Just pay what you can.

"£5 ticket - You are happy to give it a go, might as well, not much else happening, but it might all be a bit rubbish.

"£10 ticket - Same as the £5 ticket, except you think that this seems like a good idea and would like to support live entertainment whilst we're not able to go out.

"£15 ticket - Same as the £10 ticket, but you're feeling a tad more flush because there really is nothing to spend your money on and you would like to see this have a chance of succeeding.

"£20 ticket - This is me just being cheeky, but if you do buy one, I'll discount you for the second event.

"And there's a discount for four tickets! To encourage you to buy tickets for mates, we're offering 20% of the total if you buy four or more tickets in one go. You can then forward some on to friends. Why not all join up on a Skype/Zoom, or whatever else there is, and sort of watch it together - obviously you will need to have another device to do that on!"