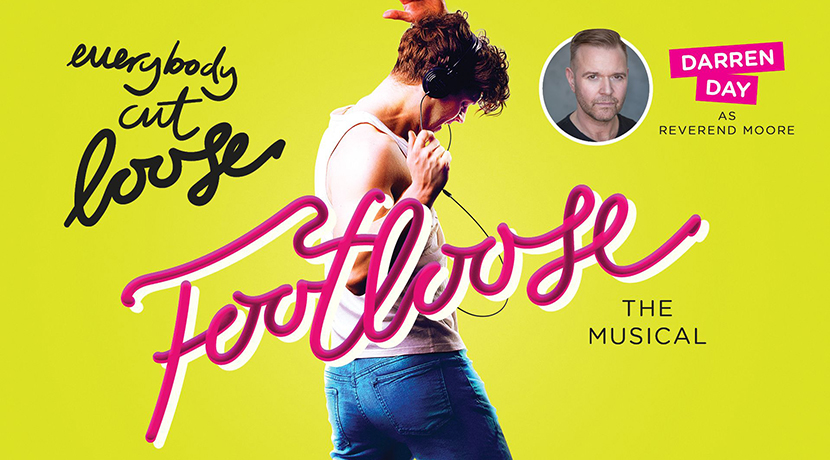 Darren Day’s first starring theatre role was in Joseph and The Amazing Technicolor Dreamcoat with an extensive career in the West End including Summer Holiday, Copacabana and Grease.   Tours include Alfie, Carousel, Great Expectations, Godspell, The Rocky Horror Show, We Will Rock You and many more – most recently Mame, Priscilla, Queen of the Desert, Bob in Rita Sue and Bob Too and new musical Bumblescratch at the Adelphi Theatre.

Darren’s television career has included roles in Sky’s Stella, Hollyoaks and Holby City, as well as many presenting appearances. Darren was a finalist in the 2016 series of Celebrity Big Brother. Recent feature films include White Island, Name of the Game, Rudy and Demon Eye as well as The Krays - Dead Man Walking. Darren is also an established recording artist and has made guest appearances as a singer on a wide range of television shows.

Darren says: “I’m truly happy and excited to be a part of this brilliant production. I was a teenager in the 80’s, which is such an impressionable age for movies and music. This is one of the most iconic films and soundtracks from my teenage years.  I can remember hearing Footloose on the radio for the first time and thinking… what a tune! It’s been a while since I went out on tour with a musical and am very much looking forward to going back to my musical theatre roots around the UK. “

City boy Ren thinks life is bad enough when he's forced to move to a rural backwater in America. But his world comes to a standstill when he arrives at Bomont to find dancing and rock music are banned. Taking matters into his own hands, soon Ren has all hell breaking loose and the whole town on its feet.

Based on the 1980s screen sensation which took the world by storm, Footloose The Musical sizzles with spirit, fun and the best in UK musical talent. With cutting edge modern choreography, you'll enjoy classic 80s hits including Holding Out for a Hero, Almost Paradise, Let's Hear It For The Boy and of course the unforgettable title track Footloose.

Footloose The Musical will be presented by Selladoor Productions and Runaway Entertainment, and will be directed by Racky Plews, with choreography from Matt Cole, musical supervision by Mark Crossland and design by Sara Perks with lighting design from Chris Davey and sound design from Chris Whybrow. Everybody cut loose for a night of dazzling excitement, music and dancing!

Tickets are on sale for Theatrecard holders and general sale now. Tickets are available from the Regent Theatre Box Office counter, by calling 0844 871 7649 or visiting www.atgtickets.com/stoke