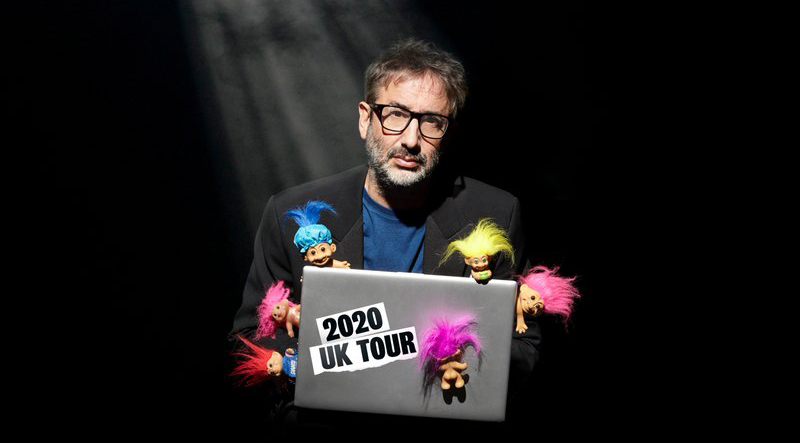 Telly comic David Baddiel is returning to Stafford next year with a new show based around his battles with internet trolls, it has been revealed.

The stand-up, who performed on TV alongside best pal Frank Skinner in the likes of Fantasy Football and Baddiel and Skinner: Unplanned, will be at Stafford Gatehouse Theatre on Sunday 26 April.

His new show, titled Trolls: Not The Dolls, is an insight into how he has dealt with internet trolls over the years. It follows on from Baddiel’s performance of his five-star, Olivier-nominated hit My Family: Not The Sitcom at the St James’s Road venue in April last year.

Tickets go on sale at 10am on Friday and are expected to be snapped up quickly.