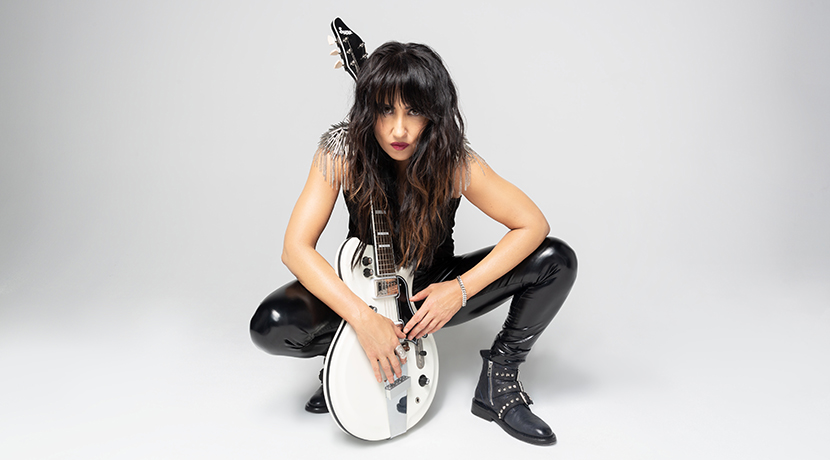 Lichfield remains one of Britain’s most eclectic multi-arts festivals, and a key cultural event in the Midlands, bringing a host of renowned performers and entertainers to the region each year.

Headlining the Festival’s opening night (Friday 5 July) is BRIT award-winning singer KT Tunstall with other exciting visitors including the BBC National Orchestra of Wales, folk artist Kathryn Tickell, vocal groups Black Voices and VOCES8, BBC Young Musician 2018 Lauren Zhang (piano), The Mozartists, comedians Olga Koch and Andrew Maxwell, authors Bobby Seagull and Tracy Borman.  Bespoke Festival productions include a celebration of Ivor Novello hosted by TV star Russell Grant, a tribute to Nat King Cole by MOBO-award nominee Cleveland Watkiss MBE, and a chance to ‘Come and Sing’ Handel’s Messiah.  A space-themed street parade of giant puppets and Planetarium are among events marking the 50th anniversary of the moon landing, and a Festival theme of ‘Farewell to Europe’ reflects on this historical turning point.  There are four Artists in Residence performing individually and together and this year’s featured composer is Jonathan Dove.  Among other highlights are a new daily Wellness Hour, a production of HMS Pinafore, theatre company The Malachites, Ballet Cymru and world music collectives Kabantu and Kakatsitsi alongside walks, talks and visual art.  Steam Punk Ceilidh, gives this year’s Festival a fitting send-off, in a collaboration with FUSE.

Newly-appointed Festival Director, Damian Thantrey, says, “It’s a great honour to be asked to take on the role of Festival Director, especially after being heavily involved with the Festival as Guest Artistic Director for 2018 and co-Artistic Director for this year.  I’m very much looking forward to the challenge of taking this thriving and extraordinary Festival on into the next decade, especially with the Festival’s 40th anniversary in 2021 fast approaching.” 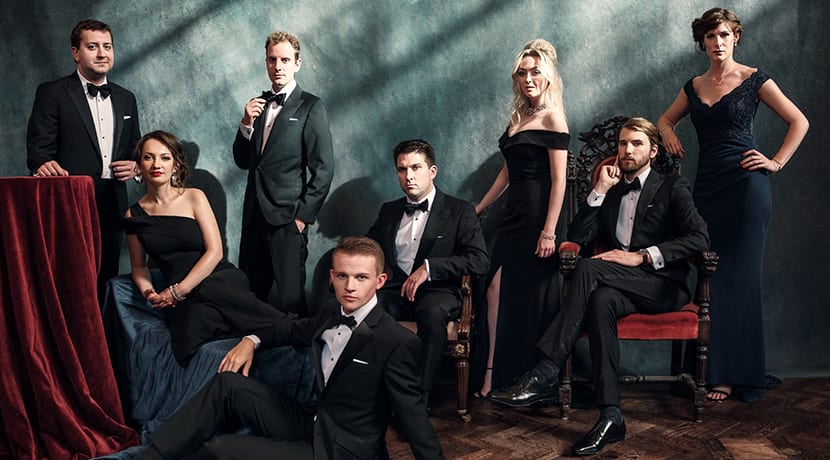 In the second year of their residency, the BBC National Orchestra of Wales, conducted by Ainars Rubikis, perform Elgar’s ever-popular Enigma Variations, his evocative Sea Pictures with mezzo-soprano and Artist in Residence Polly Leech, and Shostakovich’s Cello Concerto with Andrei Ionita.  Also in the Cathedral, under the ‘Farewell to Europe’ banner, The Mozartists present a ‘Mozart Travelogue' with soprano Louise Alder (2017 BBC Cardiff Singer of the World Audience Prize winner), harpist Oliver Wass and Gavin Edwards (horn); and VOCES8 include a new co-commission from Featured Composer Jonathan Dove, based on George Herbert’s Vertue, in their ‘Stargazer’ concert, also part of the 50th anniversary of the moon landings events.

A Celebration of Ivor Novello is a bespoke show created by Festival Director Damian Thantrey (who also sings in it), hosted by TV star and Novello mega-fan Russell Grant and featuring three 2019 Artists in Residence, soprano Rebecca Bottone, mezzo-soprano Polly Leech and the Atéa Quintet.  ‘Come and Sing’ Handel’s Messiah offers a chance for community choirs and individuals to rehearse and perform Handel’s masterpiece alongside Artists in Residence and Orchestra Nova under the baton of Patrick Craig.

This year’s featured composer Jonathan Dove (celebrating his 60th birthday) talks to Kate Romano about his life and career in an ‘In Conversation’ talk.  His chamber opera Mansfield Park is performed by students of the Royal Birmingham Conservatoire; a new co-commission based on George Herbert’s Vertue is sung by VOCES8 and Lichfield Cathedral Choir sing an anthem by him in their Festival Compline.

KT Tunstall
In the Cathedral, a special one-off performance by singer-songwriter pop sensation KT Tunstall opens the Festival; leading a cappella group Black Voices return, this time championing the artistry of Nina Simone who they supported many times on tour; and Kathryn Tickell, composer, singer and the foremost exponent of the Northumbrian pipes, brings her new band The Darkening to Lichfield.

In another bespoke event for Lichfield Festival, Artist in Residence and MOBO-award nominee, Cleveland Watkiss MBE creates his own tribute for the centenary of jazz legend Nat King Cole.  Cleveland Watkiss, who has worked with artists as diverse as Bob Dylan, Björk and Wynton Marsalis, also explores his musical roots, celebrating pioneering sounds of Reggae and Ska through his Great Jamaican Songbook.

There are first visits to Lichfield from leading UK-based West African drummers, dancers and singers Kakatsitsi whose festival appearances include Glastonbury, and musical explorers Kabantu, a world-music quintet from Manchester. 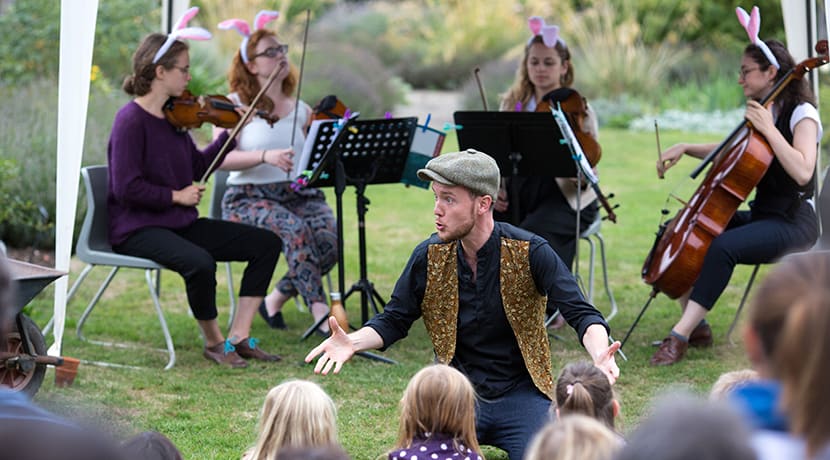 Peter Rabbit’s Musical Adventures
The family fun begins with the traditional Festival Market on the opening Saturday (6 July) with its array of local food and craft stalls and day-long free entertainment.  In the evening, a Space Parade of giant puppet structures, led by a bicycle-powered orrery, winds through the city’s streets to the accompaniment of local musicians. Planetarium shows and a performance of Moonwalkby local composer Duncan Moon add to the events celebrating the 50th anniversary of the moon landings.

Among theatre, comedy and musical events for youngsters are a Relaxed Performance from Kabantu, Peter Rabbit’s Musical Adventures and theatrical comedy from The Foundry Group.  For the final night of the Festival, there’s dancing to original and traditional tunes with Steam Punk Ceilidh in collaboration with FUSE, Lichfield’s free community arts festival. 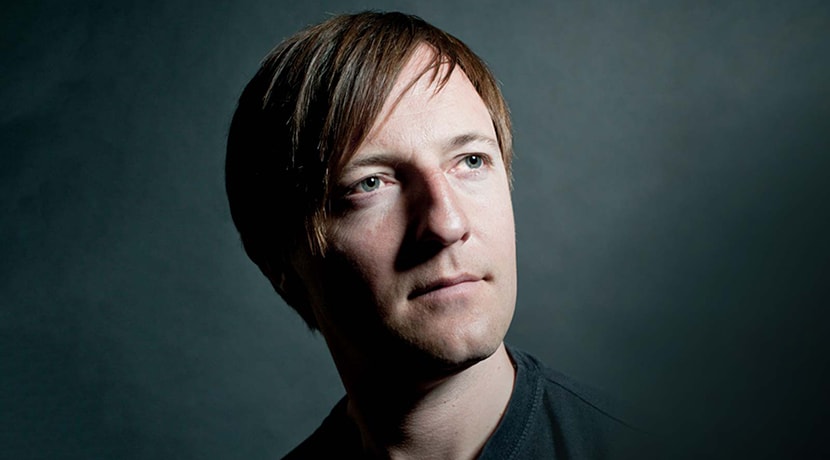 Comedy highlights include stand-up from Edinburgh Comedy Award nominee Olga Koch, and universally-acclaimed comedian Andrew Maxwell.  Theatre comedy The Death Show takes a swipe at the Grim Reaper, The National Trust Fan Club continues the ‘Farewell to Europe’ theme with a laugh at that bastion of Britishness, and the Moon comedy duo’s unexpected and immersive sketches made them a hit at the Edinburgh Fringe.

A daily Wellness Hour is a new introduction to the Festival and covers such diverse subjects as massage and Pilates to mindfulness, singing and a relaxed performance by Kabantu specially designed to be suitable for people on the autistic spectrum.


Events will be taking place across and beyond the city including some new venues this year, notably Lichfield’s newly-renovated St Mary’s Church.