Something for everyone this season at the award-winning Lichfield Garrick

Stars galore will descend on the Lichfield Garrick this season in a bumper line-up of theatrical delights. Well-known names including comedians Ed Byrne and Stewart Francis, British Jazz Singer Clare Teal, Rock and Roll Hall Of Famers The Drifters and the all-star cast of the devilishly fun thriller The Lady Vanishes will be gracing the Garrick stage alongside newer works such as the tour de force war epic In Loyal Company and the humorous but gentle one-man show Old Herbaceous between May and September 2019. 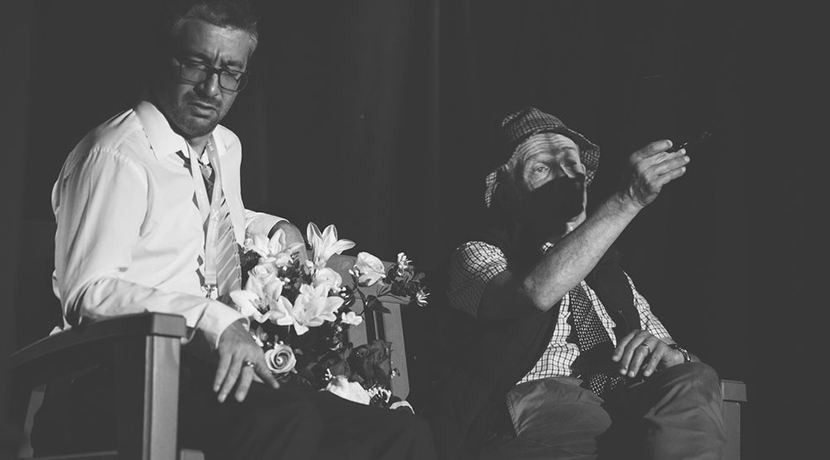 Other works include Lichfield Garrick and Fringe favourites: The Bench, which has been described as ‘Waiting For Godot meets Still Game’ and an energetic string quartet Bowjangles with the action packed show Excalibow. 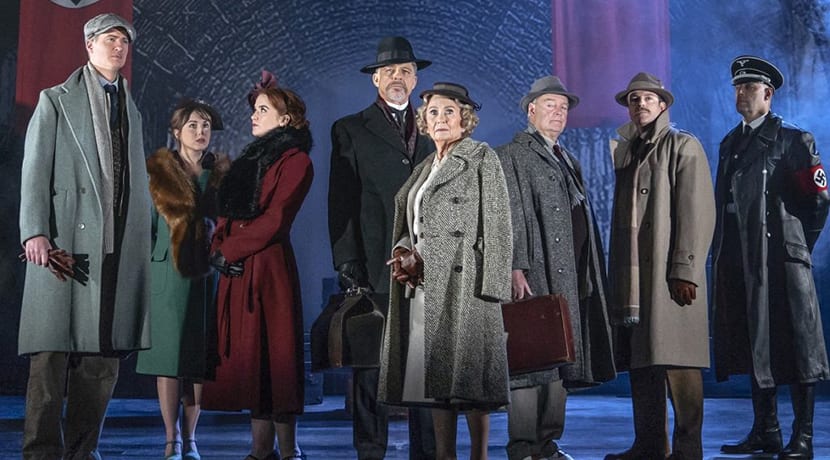 The star-studded line-up doesn’t end there as the devilishly fun thriller inspired by the Alfred Hitchcock classic and ranked as one of the best British films of all time, The Lady Vanishes is due to hit the stage this June.  The cast includes Emmy award-winning actress Juliet Mills (Wild at Heart, Passions) and award-winning actor Maxwell Caulfield (Grease 2, Dynasty).

Music lovers will be tapping their feet with delight when they see the choice of some of the finest musicians around such as celebrated British Jazz Singer Clare Teal and her Big Mini Big Band and an unplugged set from rock band Thunder.

The Simon & Garfunkel Story, world-class Adele tribute Someone Like You, the award-winning Arrival – The Hits of Abba and the brilliant Talon, celebrating the timeless Eagles back catalogue highlight some of the first-class tributes gracing the Garrick stage.

Rehearsals are already well underway for the 2019 Lichfield Garrick Community Musical, The Lion, The Witch and the Wardrobe based on C.S Lewis’ timeless classic. The culmination of a lot of hard work from the 60 strong community cast, supported by the Lichfield Garrick’s own talented creative team, brings the magical journey to Narnia to life for the whole family to enjoy this July.

Dinosaur World Live will stomp onto the stage this May bringing a host of impressive creatures including a Tyrannosaurus Rex in this roarsome interactive show! Following on with the Dinosaur theme, the Theatre will host an array of special events during May half-term, including a ‘Storytime at the Garrick Dinosaur Special’, a Jurassic themed Baby Disco and ‘Dinosaur Stomp’, a physical workshop for children to enjoy and explore the world of Dinosaurs and will work together to make a giant Stegosaurus and event stomp around like a T-Rex!

To keep the kids entertained this summer, the Theatre are offering a week-long Summer School for 8 – 16 year olds, where they can join What’s On nominated Director, Emily Summers, for a week of drama, poetry, song and dance, which ends in a show for friends and family at the end of the week!

The Theatre are also showing much loved family films in their Main House over the coming months, including Trolls, Moana and Eddie The Eagle, plus the all new addition of live recorded screenings, debuting with the hit West End productions Everybody’s Talking About Jamie and Matthew Bourne’s Swan Lake.

Don’t forget to keep supporting local theatre as the Garrick plays host to some of the best Amateur Theatre groups in the area. With a selection of classic musicals and plays from groups from Lichfield, Brownhills and Sutton Coldfield, there’s always something for everyone to enjoy.

Rounding off the next season’s top picks, the world-renowned Pasadena Roof Orchestra and the ever-popular Syd Lawrence Orchestra will keep your toes tapping. New additions to the Garrick Introducing programme include the thought-provoking Offstage from the brilliant Ephemeral Ensemble and the tour-de-force war epic, In Loyal Company also comes to the Studio.

Earlier this year, the Lichfield Garrick won Best Theatre/Arts Venue in Staffordshire in the What’s On Readers’ Awards 2019 – for the third year in a row.