The Bootleg Beatles are 'On the Road' to Stoke 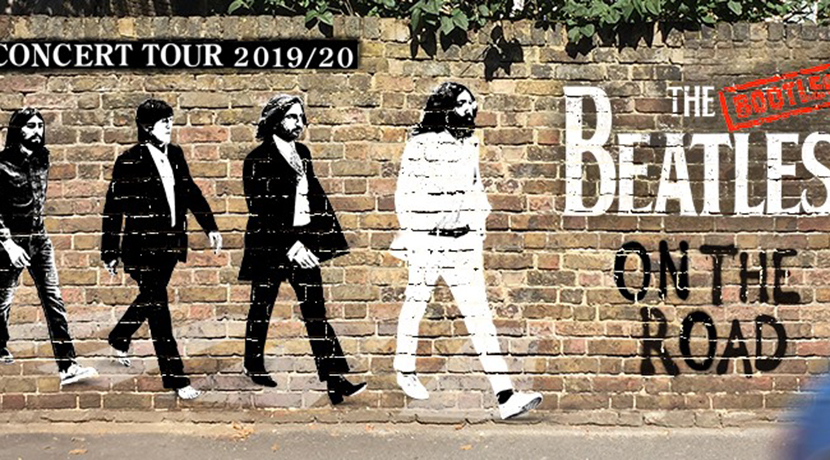 The Bootleg Beatles are delighted to announce that their Spring 2020 tour, aptly named On the Road is heading for the Victoria Hall, Stoke-on-Trent. The band, along with their renowned string and brass ensemble willCome Together on Sunday 22nd March 2020!

The tour will feature songs from throughout The Beatles’ career, plus a special segment marking Abbey Road’s 50th Anniversary.

This record, the eleventh studio album by The Beatles, was released in September 1969. It was hailed by many as the band’s greatest ever album, Abbey Road features songs like Come Together, Maxwell’s Silver Hammer, Octopus’s Garden and Here Comes The Sun.

2020 also marks another major anniversary - that of The Bootleg Beatles themselves, who celebrate 40 years of performing since their inception in March 1980.

have become 'an institution' in their own right with their note-perfect recreation of hits from every era of the world’s most famous songbook. Every tiny detail is forensically covered from authentic period instruments and costumes to the ‘mind boggling’ accuracy of their vocal mimic.

However, it’s not only their sound that is so authentic. They bear an uncanny resemblance to the Fab Four too. As one reviewer said: “It’s not John, Paul, George, and Ringo ... but you simply won’t believe it”.

There has never been a better time to immerse yourself in the magic of The Bootleg Beatles – don’t miss a show that was described as ‘Off-the-scale fabulous’ by BBC Radio’s Chris Evans,  and ‘Flawless!’ by Mojo Magazine.