The Hairy Bikers are back on the road 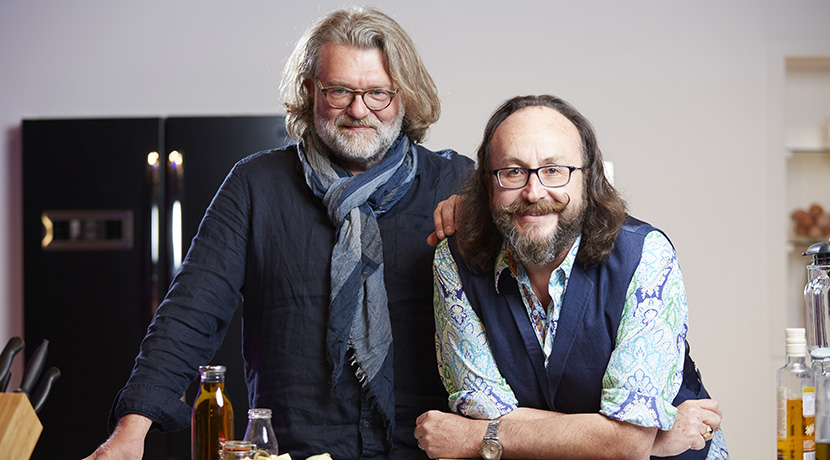 Following a major UK tour earlier this year; National Treasures Si King and Dave Myers, aka The Hairy Bikers, have announced their 2020 live return due to demand with a 38-date tour across the length and breadth of the UK and Ireland. With their irresistible enthusiasm, The Hairy Biker’s tour offers an epic night of cooking and conversation. They stop at Victoria Hall, Stoke-on-Trent, for one night only Friday 16 October.

The Hairy Bikers have been entertaining Britain with their TV shows for over a decade and have sold in excess of 5.7 million copies of their books. They understand the importance of great food and home cooking to every household. Their unique blend of foodie expertise, humour and motorbike enthusiasm has earned them a huge and loyal following. They are regular faces on the BBC, with many Prime-Time TV successes tucked under their leathers. Their recent series ROUTE 66 is available on iPlayer now with their new book One Pot Wonders being released on October 31st.

With their unique blend of tasty recipes, cheeky humour and irresistible enthusiasm, The Hairy Bikers have become Britain's favourite food heroes. Born and bred in Barrow-in-Furness, Dave Myers' versatile skills have taken him to some unusual places. He worked in a steelworks as a student, to finance his studies in Fine Arts, and later joined the BBC as a make-up artist, specialising in prosthetics. Si King hails from North East England and is a big, blond bearded biker with an infectious laugh. He worked for many years as an Assistant Director and Locations Manager for film and television, including the Harry Potter films.

Si and Dave met on the set of a TV drama in 1995 and have been cooking and riding together ever since. They have now written over 20 cookbooks, including British Classics, Mediterranean Adventure, Mums Know Best, Bakeation, Meat Feasts and 12 Days of Christmas. In 2012, the boys shed more than six stone between them on The Hairy Dieters: How to Love Food and Lose Weight. They have also created a range of low-fat sauces (available in Asda and Ocado), launched an online subscription-based weight-loss club, The Hairy Bikers' Diet Club, and published an acclaimed autobiography, Blood, Sweat & Tyres.

No strangers to the live arena, The Hairy Bikers performed their sell-out BIG NIGHT OUT show in theatres across the UK in 2010 and completed another ambitious nationwide theatre tour in April 2013. Earlier this year The Hairy Bikers embarked on a 3-month UK theatre tour, involving an evening of cooking and conversation.  Si and Dave said:

“We can’t wait to tour again in 2020. The audience is a huge part of our show, so no night is the same! There will be music, chat, food, questions, answers, fun and frolics. A perfect bikers night out! See you there.”