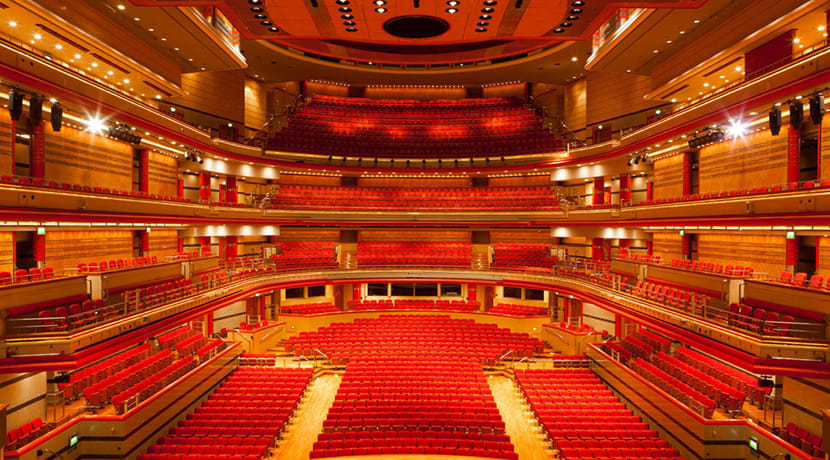 The City of Birmingham Symphony Orchestra (CBSO) is to return to Symphony Hall Birmingham, as its doors open for the first time in over seven months to enable live concerts for socially-distanced audiences.

The announcement follows today’s decision by Arts Council England to award Town Hall Symphony Hall £2.53 million from the Culture Recovery Fund designed to help the sector until March 2021 – while the CBSO received £843,000 earlier this month.

The first concert at Symphony Hall on Wednesday 4 November will pick up the baton exactly where it was unexpectedly put down in March earlier this year. Brahms’ Symphony No.3 was performed at the last concert given by the orchestra with Music Director Mirga Gražinytė-Tyla before all performances were cancelled as a result of the ongoing Coronavirus pandemic. The orchestra performs it again to mark the reopening of Symphony Hall, with Gražinytė-Tyla once more at the helm. Also in the concert will be the finale from Ligeti’s Concert Românesc – a work chosen as a warm welcome to Eugene Tzikindelean, the CBSO’s new Romanian leader. And Mozart’s Bassoon Concerto will be performed by the CBSO’s own section leader bassoon Nikolaj Henriques.

On Tuesday 10 November the CBSO will mark the moment when exactly 100 years ago, on 10 November 1920, the orchestra gave its first symphonic concert conducted by Sir Edward Elgar in Birmingham’s Town Hall.  Gražinytė-Tyla will be joined by great friend of the orchestra Sheku Kanneh-Mason for a performance of Elgar’s Cello Concerto, which was conducted by the composer himself in that 1920 concert (its Birmingham premiere) with soloist Felix Salmond. Also on the programme are Beethoven Leonore Overture No.3, marking 250 years since the composer’s birth, and two works by Sibelius – who also conducted the orchestra in that first season – Lemminkäinen’s Return and The Swan of Tuonela.

Tickets will go on sale to the public at 10am on Thursday 29 October from either cbso.co.uk or thsh.co.uk. Regular concerts will be held each Wednesday 18 November until Christmas, with further details to be announced in due course.

There will be two performances of each programme – at 1pm and 6pm on each concert day – with socially-distanced seating, timed entry, and a much-reduced capacity. Both THSH and the CBSO have adopted the ‘See it Safely’ toolkit (created by UK Theatre and the Society of London Theatre) to ensure that all performances follow the latest Government guidelines.

Nick Reed, Chief Executive Officer at Town Hall and Symphony Hall Birmingham, said: ‘We are incredibly grateful for the Government support that has been awarded to Town Hall and Symphony Hall today. It is an emphatic endorsement of the value that our charity contributes to the cultural and economic life of the region. We will waste no time in re-opening our doors. Today’s news means that we can prepare to welcome audiences and artists back to our venues and, in less than two weeks’ time, we will stage the first in a series of socially-distanced concerts from our resident orchestra, the City of Birmingham Symphony Orchestra.

We are aware that there are still challenges ahead for the future of our iconic venues and the live music sector as a whole. Until we can present concerts without social distancing we are living on borrowed time. Despite these challenges, we remain committed to our mission of inspiring a love of live music through performance, participation and learning.

As well as thanking all of those who have worked so hard to deliver the Culture Recovery Fund for arts organisations across the UK, we have been overwhelmed by the generosity of our audiences and supporters. We look forward to seeing you in our halls once more.’