Twelve must-see kids' shows coming to the Midlands in 2021 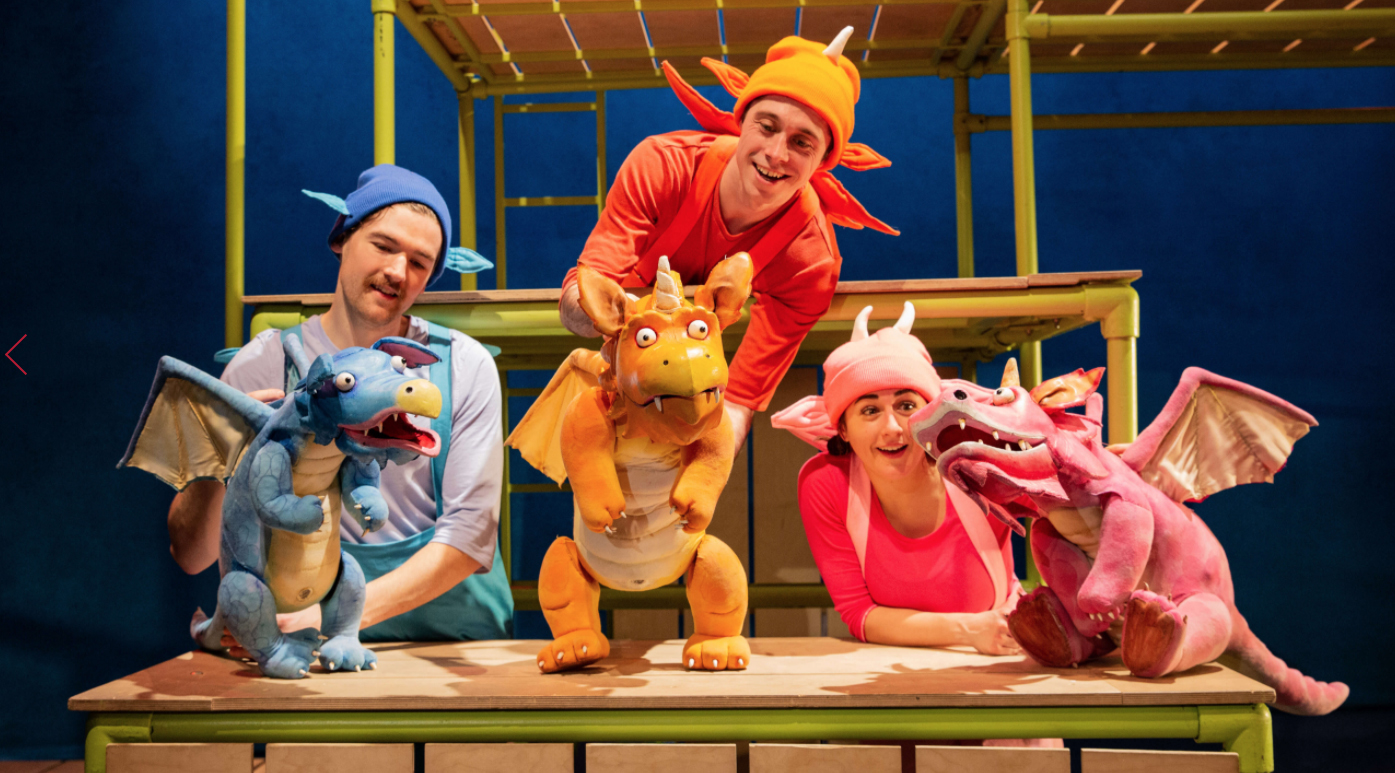 There's certainly no shortage of kids' shows coming to the Midlands in 2021. Here's a selection of what we here at What's On are most looking forward to seeing...

WHAT THE LADYBIRD HEARD
Given the success of numerous other stage adaptations of Julia Donaldson’s hugely popular stories, it’s a real no-brainer to mount a live version of this award-winning picture book by Donaldson and Lydia Monks.
When Hefty Hugh and Lanky Len set out to steal the farmer’s prize cow, they soon find that the best-laid plans of mice and crafty robbers can sometimes be undone by the tiniest and quietest of creatures - namely, one very small ladybird...
Fifty-five action-packed and musical minutes in length, this well-reviewed show is recommended for children aged three and older.

HORRIBLE HISTORIES: BARMY BRITAIN
If you love the Horrible Histories series - and why the heck wouldn’t you?! - then Barmy Britain is a show well worth catching. Alongside providing answers to such searching questions as ‘what would happen if a Viking moved in next door?’ and ‘would you stand and deliver to dastardly Dick Turpin?’, the show also invites its audience to escape the clutches of Burke & Hare, move to the groove with the partying Queen Victoria and prepare to do battle in the First World War.
In short, and as its publicity states, it’s ‘a truly horrible history of Britain - with all the nasty bits left in!’.

GANGSTA GRANNY
The ever-popular Birmingham Stage Company make a welcome return with their lively adaptation of David Walliams’ bestselling book. Ben’s no lover of Friday nights - and why would he be? After all, Friday nights mean having to stay at Granny’s house, where he’s not only bored senseless but also has to eat an unholy trinity of cabbage dishes - cabbage soup, cabbage pie and cabbage cake. But experiences can sometimes be deceptive, and Ben soon finds out that there’s way more to his boring old Granny than meets the eye... 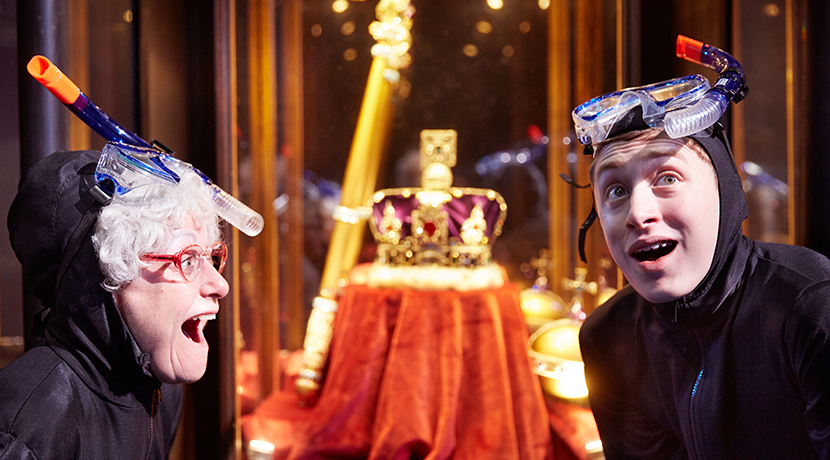 IN THE NIGHT GARDEN
If your little ones are big fans of the top-rated CBeebies television series, they’re certain to adore this live version as well.
And it’s not only the kids who’re in love with the stage shows: according to audience surveys and parents' reviews, nine out of 10 adults consider In The Night Garden Live to be a five-star theatrical experience.
This latest show is called Igglepiggle’s Busy Day. 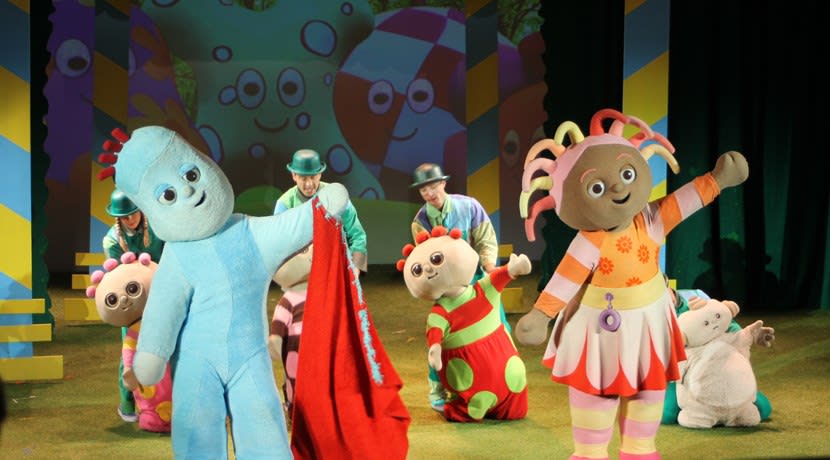 THE TIGER WHO CAME TO TEA
The tea-guzzling tiger returns to the region and once again drops in on Sophie and her mum, just as they’re settling down for an afternoon cuppa... Adapted by David Wood from the late Judith Kerr’s 1968 book, this 55-minute show comes without an interval, features singalong songs and boasts plenty of magic - not to mention a big stripy tiger, of course!

ZOG
With their other shows being Tiddler And Other Terrific Tales, Stick Man and Tabby McTat, it’s fair to say that Freckle Productions know a thing or two about presenting stage adaptations of stories by Julia Donaldson & Axel Scheffler...
Zog is at Madam Dragon’s school and is determined to win himself a gold star. He’s so determined, in fact, that he tries a little bit too hard and finds himself bumping, burning and roaring his way through years one, two and three...

MILKSHAKE LIVE!
Milkshake Monkey’s desire to put on a new musical has hit the skids due to a nasty bout of rampant stage fright - so thank heaven that Fireman Sam, Noddy, Shimmer & Shine and all their friends are on hand to help out... If you’ve watched the TV series and/or been to a previous live production, you’ll already know what to expect from a Milkshake! show. If not, get ready for an event that promises lots of laughter, bucketloads of family fun, bags of audience participation and plenty of singing and dancing. 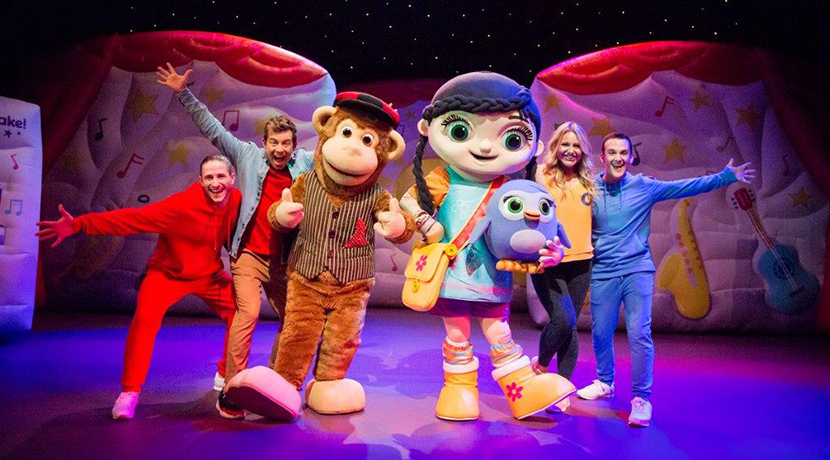 STICK MAN
“Freckle Productions send shivers down my spine,” reveals Julia Donaldson, the co-creator (along with Axel Scheffler) of the hugely popular children’s book on which this show is based. “They’re so lively and innovative. I love their production of Stick Man, and so do the audiences.”
Julia’s not wrong - audiences most definitely do love the show, as a smash-hit season in the London West End ably demonstrated. Featuring a trio of talented performers, the production brings together puppetry, songs, live music and ‘funky moves’ to tell the story of Stick Man’s desperate attempts to get back to the family tree...
The show is suitable for children aged three and older.

PEPPA PIG'S BEST DAY, EVER
If you’ve taken your little ones to any of the previous Peppa Pig stage shows - and enjoyed the experience of watching them having a fantastic time - you’ll already know that this latest production is well worth catching. Peppa Pig is heading out on a road trip with George, Mummy Pig and Daddy Pig, and there are plenty of adventures waiting to be had - including ones that involve dragons, dinosaurs, ice-creams and muddy puddles... 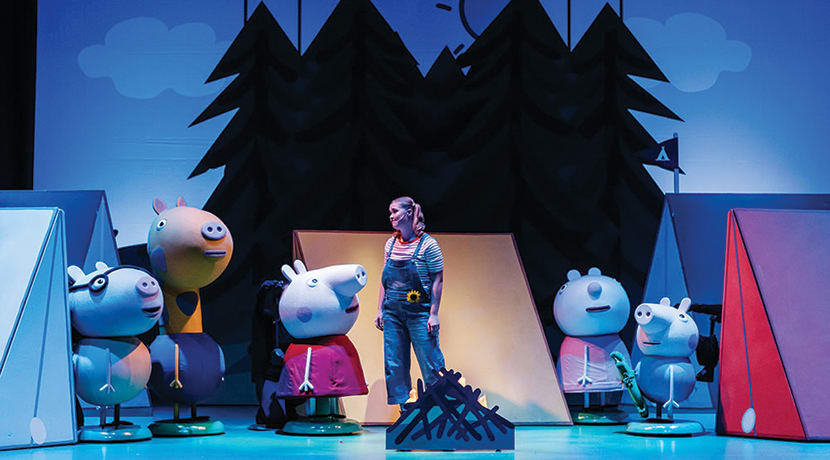 PAW PATROL LIVE
Fans of the hit Nickelodeon television series would have to be barking mad not to catch this high-energy live version.
For those not in the know, Paw Patrol is a Canadian show about a young boy named Ryder and his crew of search & rescue dogs.
As well as offering plenty of entertainment for youngsters, the show also aims to be educational and enlightening, sharing lessons about subjects including citizenship, social skills and problem-solving.
All in all, then, a production that your kids are quite likely to go, er, absolutely mutts about...

JUSTIN LIVE
Mr Tumble is heading for the Midlands! The popular clown - who features in CBeebies’ Something Special, a programme for youngsters with delayed learning and communication difficulties - is otherwise known as BAFTA Award-winning children’s television presenter Justin Fletcher. Justin is visiting the region this year with a production that he describes as an all-singing, all-dancing extravaganza, complete with well-known songs and plenty of slapstick fun.

DRAGONS & MYTHICAL BEASTS
If you caught and enjoyed Dinosaur World Live when it toured to the region, then Dragons & Mythical Beasts should also float your boat, as it’s produced by the very same creative team. An interactive show for all the family to enjoy, the production boasts a cast of ‘magnificent monsters and terrifying beasts’. These include the colossal Stone Troll, the mysterious Indrik and Japanese Baku, the Tooth Fairy (who’s ‘not as sweet as you'd think’), an adorable unicorn and a majestic griffin.
Oh, and there’s a dragon too - but the producers strongly advise that you avoid at all costs waking it up...