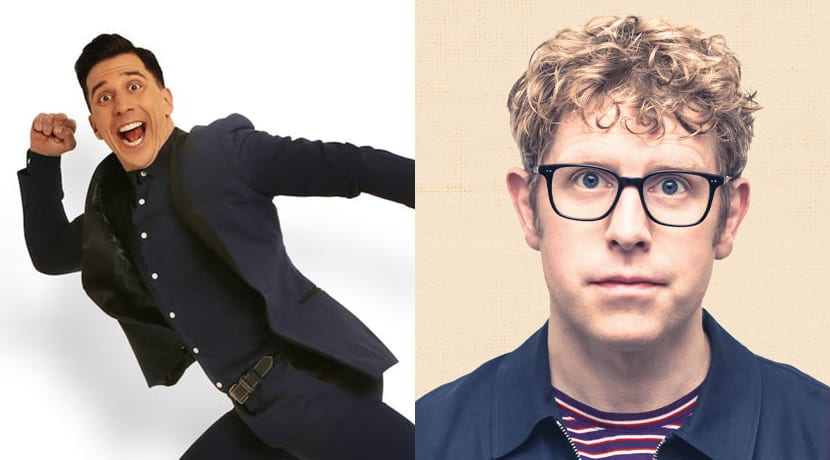 Spring is set to be full of laughs when comedians Josh Widdicombe and Russell Kane head to Dudley early next year.

Josh Widdicombe will be performing his show, ‘Bit Much...’ at Dudley Town Hall on Thursday 19 March 2020.

The twice BAFTA nominated and multiple broadcast and RTS award-winning comic, is renowned for his role on The Last Leg as well as his critically acclaimed sitcom JOSH, Insert Name Here, QI, Have I Got New For You, A League of Their Own and his hit podcast Quickly Kevin Will He Score. Josh will be performing his one-man show about the minor grumbles in life including his views on advent calendars, pesto and the closing time of his local park.

Russell Kane makes his Dudley debut on Friday 17 April 2020 with his new show ‘The Fast and the Curious.’

The multi-award winning comedian, presenter, actor, author and scriptwriter Russell Kane is best known for BBC Three’s Stupid Man, Smart Phone and the host of three series of BBC Three‘s Live At The Electric. Other TV appearances include BBC One’s Live At The Apollo, BBC Three’s Unzipped, ITV2’s Celebrity Juice and I’m A Celebrity...Get Me Out of Here Now.

Winner of Best Show in 2010 at the Edinburgh Comedy Awards, Russell went on to make history as the first comedian to win both the Edinburgh Award and Melbourne Comedy Festival’s Barry Award in one year.

His new show will motor through love, family and life - proving that the fast and the curious see more stuff, and get more done.

I've had the pleasure of seeing Josh and Russell many times before and they're both incredibly funny and hugely talented live performers.

Both of their tours have both been extended due to popular demand and we're very excited to secure shows with them at Dudley Town Hall.