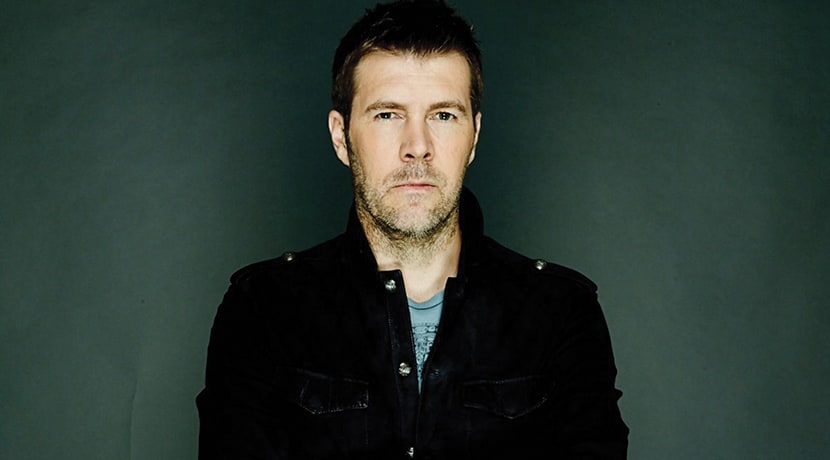 Welsh funnyman Rhod Gilbert has acquired a huge and still-growing following thanks to a high-energy brand of grumpiness that marks him out as one of the top comedians of his generation. With several sell-out UK tours to his name, the multi-award-winner is this month returning to the Midlands with a brand new show.

Rhod’s best-loved gags include: “In the Bible, God made it rain for 40 days and 40 nights. That’s a pretty good summer for Wales. That’s a hosepipe ban waiting to happen.” And “A spa hotel? It’s like a normal hotel, only in reception there’s a picture of a pebble.”

It’s been six years since last Rhod Gilbert last did a stand up tour, and in his comeback show The Book Of John he sarcastically acknowledged the difficulty in coming up with material given that “nothing has happened” (he used a more colourful expression that I can’t) in the interim – politically, economically or socially.

But just as the world has gone into meltdown over the past six years, so has Gilbert’s personal life – his mother died a horrible death from Alzheimer’s, his father had a heart attack that left him blind, his aunt became seriously ill, and the comic himself discovered he was infertile while trying for a baby, and suffered a ‘mini-stroke’ that left him legally unfit to drive.

All of which seems hardly grist for the comedy mill, but that last affliction – being unable to drive while the medics investigated what caused his stroke – ultimately became his salvation, as well as inspiration for a new show, because he was forced to hire a driver. And that driver was John. Who in Gilbert’s words was “thick as sh*t”.

So thick in fact, and so consistent at getting the wrong end of the stick , that Gilbert realised he’d been handed comedy gold and began writing down their conversations and arguments, which ranged from an absurd perception of frozen prawns to an initial inability to play Connect 4 due to a simple glaring oversight.

John ferried Gilbert between work engagements as well as traumatic events including his mother’s funeral and visits to the neurology department and fertility clinic, and in every instance a ridiculous comment from the chauffeur was enough to lighten Gilbert’s bleak mood, whether it was a take on Gilbert’s dyslexia and ADD diagnosis after a brain scan or ignorance about sperm donation.

Needless to say, all of the above make for fabulous entertainment in the hands of a master comedian, Gilbert’s gruff delivery and Fawlty-esque exasperation with his idiot savant much like the duvet, pie and railway sandwich material of his earlier shows, which he briefly acknowledged during what amounted to a one-minute career retrospective.

Not that this is a time to look back, because if anything the raw, personal nature of the new material – which to his credit is never maudlin – adds another dimension to a performer who is getting better and better, and makes for a Book I can’t recommend enough.