Rock Of Ages tour comes to the Midlands 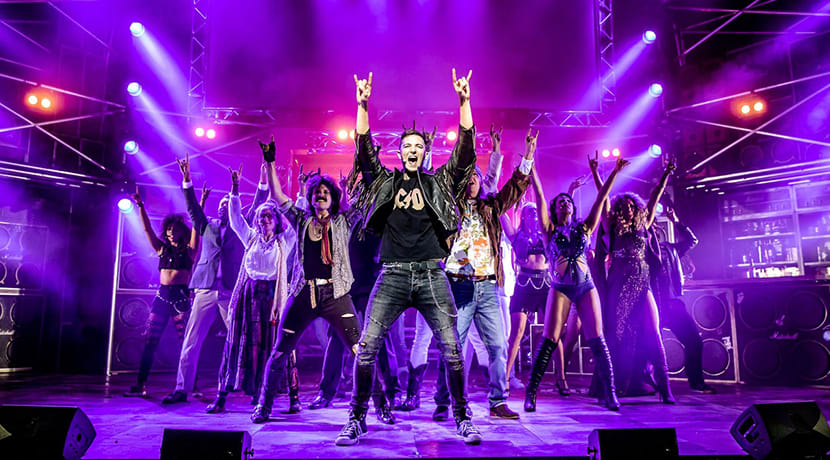 Following a sell-out tour in 2018/19, Dan Looney, Adam Paulden, Jason Haigh-Ellery and Richard Klin for DLAP Entertainment are delighted to announce that the award-winning smash-hit musical Rock Of Ages will return to tour the UK in 2021.

Rock Of Ages is an LA love story lavished with over 25 classic rock anthems. Lose yourself in a city and a time where the dreams are as big as the hair, and yes, they can come true!

This hilarious musical comedy features the songs, including We Built This City, The Final Countdown, Here I Go Again, Can’t Fight this Feeling and I Want To Know What Love Is, played loud and proud by an awesome live band.

Now a global smash with extensive runs in London’s West End, on Broadway and in Las Vegas, the show has also been made in to a star studded Hollywood movie.

Rock Of Ages has a book by Chris D’Arienzo and Arrangements and Orchestrations by Ethan Popp. It is directed and choreographed by Nick Winston (“The Royal Variety Performance”, “Annie” and “The Wedding Singer”) designed by Morgan Large (“The Woman in White”, “Top Hat” and “The Christmasaurus”) and has lighting design by Ben Cracknell (“Young Frankenstein”, “Sunset Boulevard” and “Annie”). Sound design is by Ben Harrison (“Hairspray”, “Chitty Chitty Bang Bang” and “Million Dollar Quartet”) and musical supervision is by Barney Ashworth (“Sunny Afternoon”, “Grease” and “Mrs Henderson Presents”).