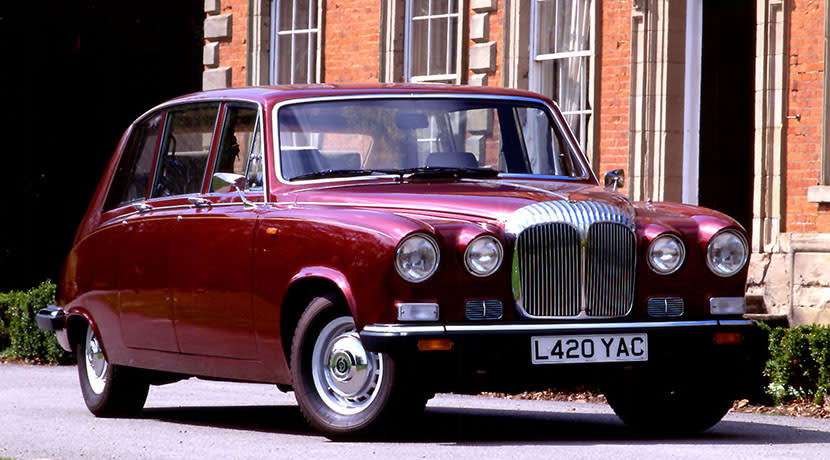 When Jaguar Bought Daimler is a new exhibition at the British Motor Museum, from the  Jaguar Daimler Heritage Trust (JDHT), telling the story of when Jaguar bought the Daimler Company from BSA in 1960.

Most people know very little about the early history of the Daimler Company in the UK, or when it became part of the Jaguar Group, and the 60th anniversary of Jaguar’s purchase of the company from BSA provides the ideal opportunity to tell the story.

When Jaguar Bought Daimler will run from 10 October 2020 to the end of January 2021. It starts by detailing Sir William Lyons’ requirement for additional factory space, which fortuitously coincided with BSA’s desire to divest themselves of the loss making Daimler Company.  It explains the background behind the deal that was struck between Sir William and Jack Sangster of BSA, without the knowledge of Jaguar’s own board of directors.  This is exemplified by the opening headline of the exhibition:“While shaving on May 26th 1960 , Jaguar Engineering Director, William Heynes heard an announcement on the BBC radio news that Jaguar was to buy Daimler from BSA.  This came as a complete surprise to Heynes and the rest of the Jaguar Board.”

The exhibition covers 100 years from the Daimler Company’s beginnings in 1896, its history of Royal patronage, superb engineering, efforts supporting both World Wars and then Daimler’s ‘post Jaguar’ life.  A series of period advertisements provides an insight into  Daimler’s social history.

The following Daimlers from the JDHT Collection are included in the exhibition:

1911 - TA23 – owned by a serial inventor who was responsible for many of the innovations that made pneumatic tyres practical. (The car wears registration number DU 1 the first one issued by Coventry).

1964 Majestic Major Limousine – the standard limousine of the 1950s and 1960s – powered by the 4.5 litre version of the Edward Turner designed, Daimler V8 engine

The exhibition is included in the normal Museum admission.  Museum entry is £14.50 for adults, £12.50 for concessions, £9 for children (5-16 years) and under 5s are FREE.  There is also the option to Gift Aid or donate your entry fee and get an Annual Pass in return, at no extra cost.

To find out more information about this exhibition please visit the website at britishmotormuseum.co.uk/explore/when-jaguar-bought-daimler or call 01926 927823.