Havana Nights to sizzle on stage across UK in 2020 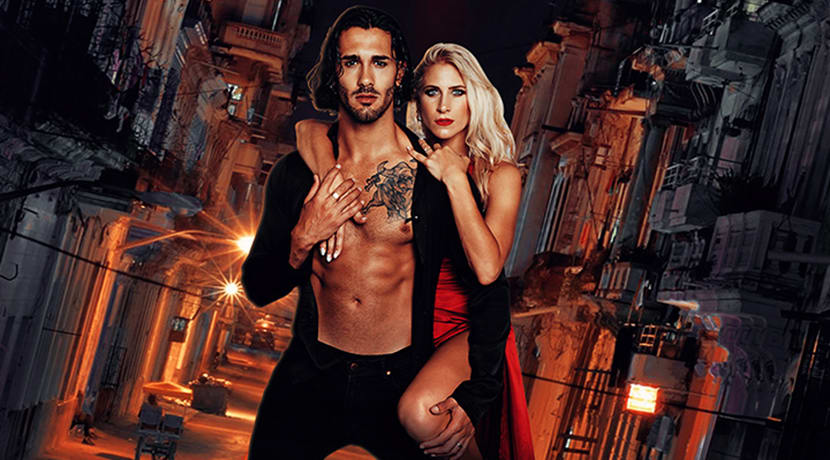 The 25-year-old will be joined by fellow Strictly professional and fiancée Giada Lini on this first solo UK tour which opens in Chelmsford on 3 March 2020.

Havana Nights promises an exciting mix of Latin dances with individual performances from Graziano and Giada, as well as entertaining group numbers with their supporting dancers.

The show will be fantastic and fast paced and is guaranteed to be fresh and innovative with amazing routines to dazzle and wow its audience.

And along with the spectacular sizzling performances on stage, there will also be opportunities for a special pre-show meet and greet with Graziano and Giada.

Graziano Di Prima was born in Sicily and started dancing at the age of six when his mother enrolled him in classes. He is an Italian Latin Champion, as well as representing Belgium at the World Championships, and made the top 24 at the under 21s Latin World Championships.

He went on to spend three years performing with the world-famous Burn the Floor dance company, where he met his future wife 28-year-old Venetian Giada, romantically proposing to her live on stage between performances.

Graziano joined the Strictly team in 2018, partnering DJ Vick Hope through a series of sparkling and high-energy routines. He recently made Strictly history when he performed the first same sex couple dance with fellow professional Johannes Radebe.

She worked as a professional Latin American dancer on a high-profile Italian TV show called Amici di Maria De Filippi for three years, and toured Australia, the UK and Japan with Burn the Floor. Giada joined Strictly as a pro dancer in 2018.

Graziano commented: “I’m so excited to be able to bring Havana Nights to the many dance fans we know there are across the UK. Giada and I have worked closely together on the choreography and content for the show and we’re really proud of it. Now I can’t wait to visit so many venues around the country, meeting fans and performing all my favourite routines for them live on stage.”