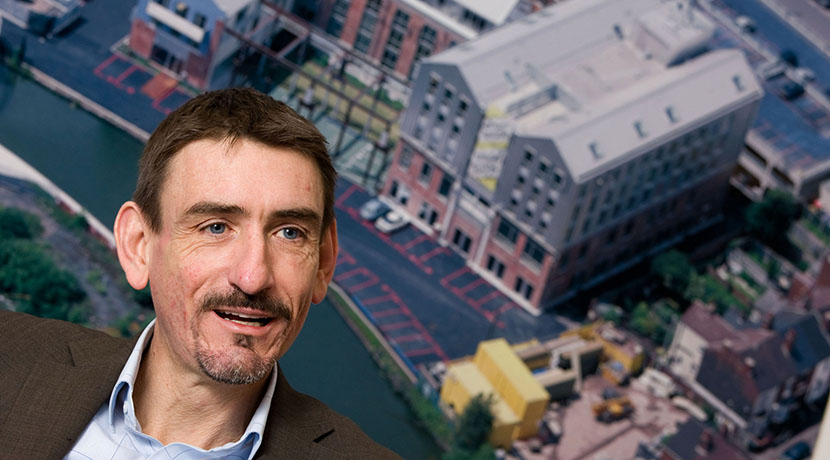 A landmark building in Coventry city centre has been given to Historic Coventry Trust to help the wider regeneration of the area.

The Alan Edward Higgs Charity bought Drapers Bar & Kitchen (then Brown’s) next to the Council House on Earl Street in December 2013, as part of a two-stage plan to restore the neighbouring Grade II Listed Drapers Hall. The restoration project is now being undertaken by Historic Coventry Trust, building on the work carried out by the charity.

Under the Trust’s ownership, the bar will be re-purposed as a temporary exhibition during Coventry’s UK City of Culture year in 2021 and then become part of the wider regeneration project of the Cathedral Quarter.

The nearby Drapers’ Hall is being fully restored as a new multi-purpose venue in the heart of the Cathedral Quarter. It will become the base for Coventry Music Service - which offers music education to Coventry’s schoolchildren - as well as provide performance rooms for a wide variety of arts & community events.

Historic Coventry Trust formally took ownership of Drapers’ Hall from Coventry City Council last year, and the £4.5million restoration project is due to be completed in March 2021.

Alan Edward Higgs Charity’s vision was to integrate the Drapers’ Hall and Drapers Bar to create a music & hospitality hub. The Trust, expanding that idea, is now developing the project with more elements, to become a major part of the city’s cultural offer.

“Having this building under the control of the Trust means we can now press on with confidence on plans for the wider regeneration of this important part of the historic core of the medieval city. This is a key site with a lot of potential to add to the city’s visitor economy.”

Marilyn Knatchbull-Hugessen, Chair of the Higgs Charity, said: “The charity works to benefit the people of Coventry. The Drapers’ Hall and Bayley Lane project will re-energise this part of the city centre, providing great facilities for the local community and enhancing Coventry’s status as a major visitor destination. This will be a significant element of the legacy of UK City of Culture 2021.”