Major new work to be unveiled in Stratford 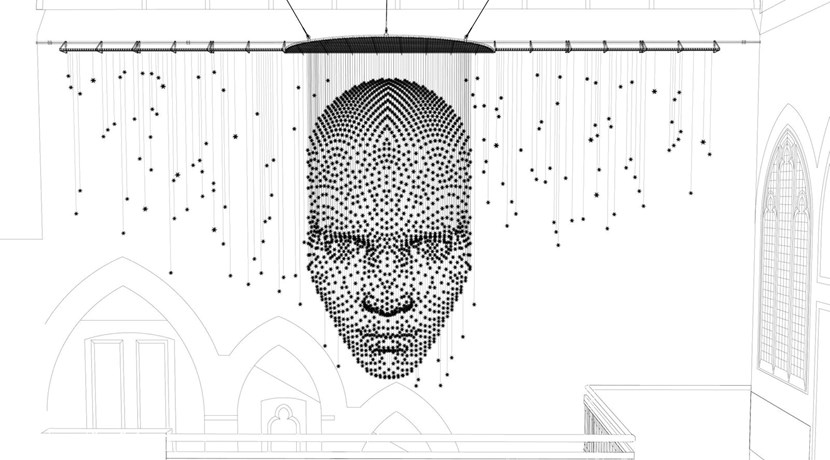 A major new contemporary artwork is set to be unveiled at the Royal Shakespeare Company.
Commissioned by the RSC, artist and designer Steven Follen’s For All Time will be located in the refurbished Swan Wing.
Steven’s artwork is a three metre-tall, three-dimensional presentation of a human face, made from 2,000 hand-folded stainless steel stars. It will be revealed to the public on 23 April, as part of the 400th anniversary commemorations of Shakespeare’s death.
Commenting on his artwork, Brighton-based Steve said: “I set out to produce a piece that people can engage with on several levels. For All Time will hopefully prompt thoughts about the imagery and symbols Shakespeare used within his works, particularly around the theme of time and mortality. But it will also be a piece that can be enjoyed for its visual and technical qualities alone. Whilst it references the materials and styling found in different parts of the theatre complex, the work is very much a reflection of the skills of contemporary metalwork, design and technology available to us now, in 2016.”