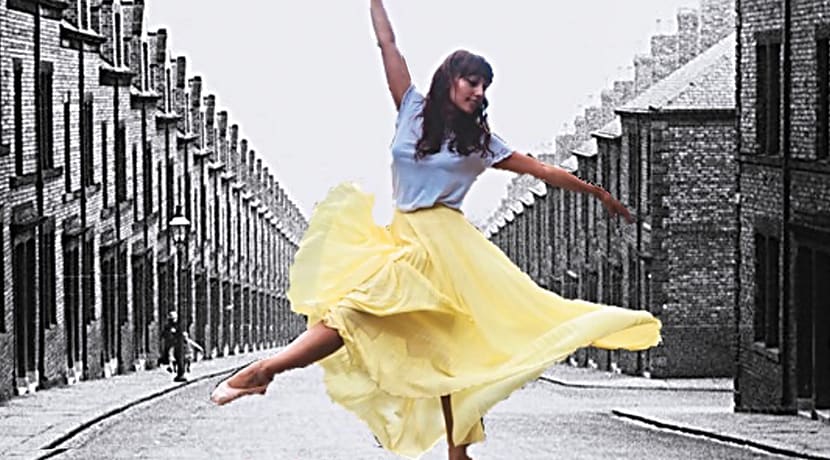 Creating a new piece of live theatre is always an exciting prospect, if not a difficult one to succeed in. Come Dance With Me is an Arts Council funded production by Missing Pieces Theatre Show, riding on the coattails of the immensely popular Strictly Come Dancing. They even have legendary choreographer, Richard Marcel, on board as well as former judge, Len Goodman, as their patron!

Last night saw the UK tour premiere of Come Dance With Me at the Albany Theatre in Coventry. The company are currently embarking on a small tour, prior to a major national tour in 2020. Having now seen the show, it greatly feels like this is a trial period to see what works well and what requires tweaking. Although it ticks many boxes on paper, unfortunately this production needs a lot of work going forward.

Graham Howes and Karen Lynne have written the script based on Karen’s family stories. Whilst drawing from personal experience forms an excellent basis for a show, it feels too literal here with an overload of unnecessary material also crammed in. The transitions between scenes are clunky and the structure of the play hasn’t been thought through.

The themes are strong as the storyline centres on following your dreams through adversity. Hard-hitting subjects are also touched upon including young carers and working class struggles. The Strictly angle is mainly down to the era in which it is set; when ballroom dancing meant joy and escapism for many during the years of World War II and beyond. The play needs to find its identity first and foremost. Plugging Strictly Come Dancing seems to be the wrong thing to do, as dance is almost secondary to the plot at times. Also, as the new series of the TV programme has recently started on the BBC, audiences will be expecting more glitz and flair. They either need to bring out more of the dance element or lose it completely in my opinion.

My pet hate when you go and watch a show is when the audience don’t know when to applaud. This is very rare but unfortunately was the case throughout, which made it awkward for both those watching and the performers on stage I’m sure.

The company are the saving grace of the production but they are greatly restricted by the confines of the book and staging. Missing Pieces are extremely lucky to have sought these high calibre performers, who have a wide range of industry experience.

Sam Archer as Jim and Steph Elstob playing Lillian are both exceptional performers. Choreographically, I don’t feel that they were challenged and their abilities far exceed the material given to them. They were also limited by the size of the stage admittedly. Elstob excelled in her contemporary number during Act One and Archer’s musical talents are fortunately recognised as he does play a couple of numbers on the ukulele – even if they are randomly placed.

Lillian’s no-nonsense sister, Joy, is played brilliantly by Hannah Wood and Luke Jasztal brings some much-needed humour to his character, George. Nigel Fyfe plays Dad Harry as a warm character and the lynchpin of the show, alongside his dedicated and headstrong wife Vi, performed with vigour by co-author, Karen Lynne.

With a re-worked book and more ambition, Come Dance With Me could be a wonderful play but at present, it is not ready for an audience.