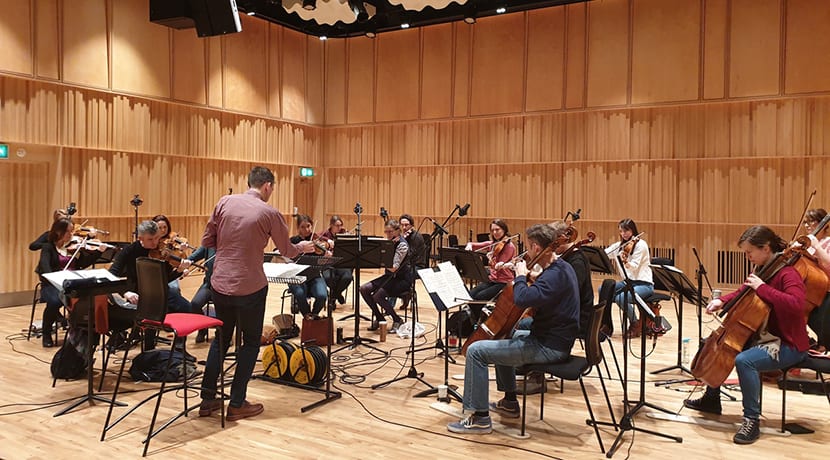 Orchestra of the Swan is planning to release a new series of videos for Lockdown in which Vivaldi’s Sleep is reworked with guest artists from across genres.

The project seeks to address the lack of diversity in the classical music world by bringing together musicians from different genres and cultural backgrounds, each bringing their own artistic interpretation to the work.

Sleep is a short work (three and a half minutes) that uses the string parts of the second movement of Autumn from the Four Seasons. The idea of reworking an existing piece into something new provided inspiration for the Sleep project, which was thought up and created during the Covid-19 Lockdown restrictions.

The string section of Sleep has been recorded by Orchestra of the Swan, and nine guest artists then invited to interpret the track in their own unique way using the OOTS’ recording as a starting point. Each piece was created in the artists’ own homes.

The guest artists are:

David Le Page, Artistic Director of Orchestra of the Swan, explains: “Musically, I want the artists to be as free as possible. There are no rules. Some artists are keen to manipulate the track itself, which adds an exciting new dimension to the idea of interpretation. Some artists will be multi-tracking and adding more than one extra layer. It will be fascinating to hear and see all the creative possibilities and different approaches generated by this simple and beautiful source material.”

David Le Page drew inspiration for the Sleep project from an improvisation by jazz pianist David Gordon on Orchestra of the Swan’s 2020 recording Timelapse. Due to be released early 2021, the album explores the idea of shared soundscapes from across centuries, and features music by Rameau and Radiohead, Schubert and the Smiths, Thomas Adés and Grieg and Erik Satie and Steve Reich.

Orchestra of the Swan have now taken the idea a step further by inviting ten video artists to create a unique visual interpretation to each of the new musical versions of Sleep.

The Sleep Project is supported by Arts Council England.

The Sleep videos will be available online from September 2020. The TImelapse album will be released in January 2021.

Find out more about the project in the short video here