Rufus Hound, Irvine Iqbal and more announced for David Walliams' The Boy In The Dress 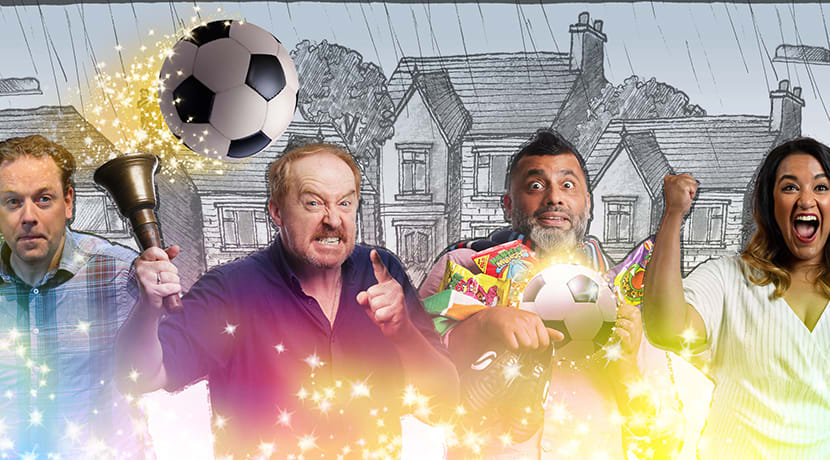 Gregory said of the production:

“It is tremendous to welcome such a talented cast of new and established RSC company members to our new musical production of The Boy in the Dress, particularly one with such a strong background of excellent musical theatre performances and first-class comic talent. The cast join an already impressive line-up of UK and international creatives, including comic writer, performer and beloved children’s book author David Walliams and chart-topping songwriters Robbie Williams and Guy Chambers. I am excited to work together with them over the coming weeks to bring this life-affirming, funny story to the RST stage.”

The production is designed by Robert Jones, an Associate Artist of the RSC whose credits include: Othello, Romeo and Juliet, The Merchant of Venice, The Herbal Bed, Venus and Adonis, Twelfth Night, Hamlet, Henry VIII (and New York) and The Winter’s Tale.

He has designed more than thirty West End and Broadway productions, including:

Fiddler on the Roof, City of Angels, Quiz, The Prime of Miss Jean Brodie, Ragtime, The Sound of Music (also Toronto, Paris, Tokyo, China, South Africa, New Zealand and Australia), The Secret Rapture, Calendar Girls (and UK tour), A Chorus of Disapproval, Much Ado About Nothing, Cyrano de Bergerac, The Wizard of Oz (also Toronto and US tour).

Choreography is by Aletta Collins. Formerly an Associate Artist of the Royal Opera House Aletta has worked on a wide array of theatrical productions as choreographer and director. Most recently as choreographer for the Manchester Royal Exchange’s production of West Side Story - the first professional UK staging to feature new choreography.

Lighting is by Mark Henderson and sound by Paul Groothius and Tom Marshall.