The Top Ten Most Anticipated Films of 2020 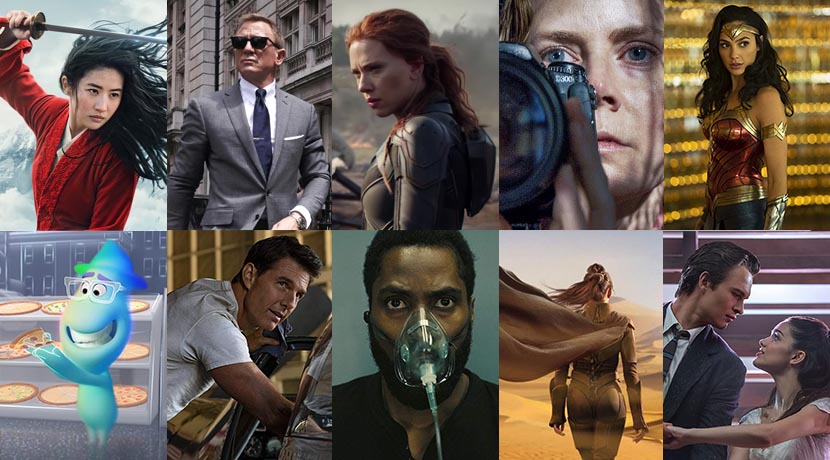 Live action remakes, musical revivals and a sequel over 30 years in the making, 2020 has plenty of blockbusters hitting the big screen. Here are our top ten anticipated films for the year...

The Woman in the Window - Release date TBC

Based on A.J. Finn's 2018 novel of the same name, the film stars Amy Adams, Gary Oldman, Anthony Mackie and Julianne Moore.
An agoraphobic psychologist befriends a neighbour across the street from her New York City brownstone, only to see her own life turned upside down when the woman disappears and she suspects foul play.

The latest of Disney's Pixar creations, stars the voices of Jamie Foxx, Tina Fey and Zendaya.
Joe Gardner, a middle school music teacher, has long dreamed of performing jazz music onstage, and finally gets a chance after impressing other jazz musicians during an opening act at the Half Note Club.
However, an untimely accident causes Gardner’s soul to be separated from his body and transported to The Great Before, a world where souls develop personalities, quirks, and traits before being sent off to Earth. There, Gardner must work with souls in training at The Great Before, such as 22, a soul with a dim view on life, in order to return to Earth before it is too late.

The latest in Disney's live action remakes, Mulan is the second adaptation of the story, with the original animated version from Disney released back in 1998.
When the Emperor of China issues a decree that one man per family must serve in the Imperial Army to defend the country from Northern invaders, Hua Mulan, the eldest daughter of an honored warrior, steps in to take the place of her ailing father. Masquerading as a man, Hua Jun, she is tested every step of the way and must harness her inner-strength and embrace her true potential. It is an epic journey that will transform her into an honored warrior and earn her the respect of a grateful nation...and a proud father.

Gal Gabot returns to the leading role in this sequel to 2017's Wonder Woman. In the ninth installment of the DC Extended Universe, Gabot is joined by Chris Pine and Kristen Wiig. Warner Bros. are being pretty secretive about the film's plot, so for now, here's the trailer...

Starring Scarlett Johansson in the lead role, Black Widow will be the twenty-fourth film in the Marvel Cinematic Universe. The film's release date has now been postponed due to COVID-19, with a new release date tet to be announced.
Natasha Romanoff aka Black Widow confronts the darker parts of her ledger when a dangerous conspiracy with ties to her past arises. Pursued by a force that will stop at nothing to bring her down, Natasha must deal with her history as a spy and the broken relationships left in her wake long before she became an Avenger.

Another film that postponed its release date due to COVID-19, the latest installment of the James Bond franchise will see Daniel Craig make his fifth and final outing as the famous MI6 agent.
James Bond has left active service. His peace is short-lived when Felix Leiter, an old friend from the CIA, turns up asking for help, leading Bond onto the trail of a mysterious villain armed with dangerous new technology.

Feature adaptation of Frank Herbert's science fiction novel, about the son of a noble family entrusted with the protection of the most valuable asset and most vital element in the galaxy. This film is set to have an all star cast including Timothée Chalamet, Rebecca Ferguson, Josh Brolin, Zendaya, Jason Momoa and Javier Bardem, to name a few...

An adaptation of the 1957 musical, West Side Story explores forbidden love and the rivalry between the Jets and the Sharks, two teenage street gangs of different ethnic backgrounds.
Directed and co-produced by Steven Spielberg, the film stars Ansel Elgort and Rachel Zegler in the lead roles of Tony and Maria.

After more than thirty years of service as one of the Navy’s top aviators, Pete “Maverick” Mitchell (Tom Cruise) is where he belongs, pushing the envelope as a courageous test pilot and dodging the advancement in rank that would ground him.
When he finds himself training a detachment of Top Gun graduates for a specialized mission the likes of which no living pilot has ever seen, Maverick encounters Lt. Bradley Bradshaw (Miles Teller), call sign: “Rooster,” the son of Maverick’s late best friend and Radar Intercept Officer Lt. Nick Bradshaw, known as "Goose.”
Facing an uncertain future and confronting the ghosts of his past, Maverick is drawn into a confrontation with his own deepest fears, culminating in a mission that demands the ultimate sacrifice from those who will be chosen to fly it.