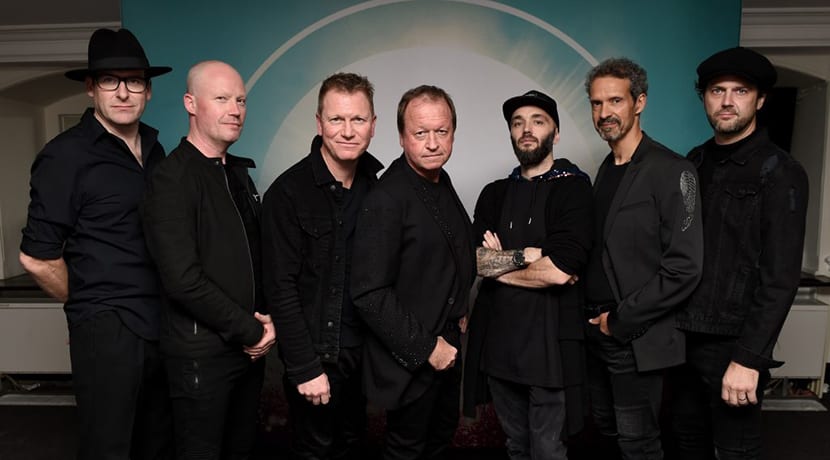 Now in its fourth year, Solihull Summer Fest is fast becoming one of the most popular music get-togethers on the Midlands events calendar.

The festival features more than 10 hours of live music across two days, funfair rides, a food village full of street vendors, and a huge variety of bars serving everything from real ale to prosecco.

Level 42 frontman Mark King speaks ahead of this year's festival.

What was it like to be part of the British Jazz Funk Explosion?
It was a very exciting time, especially for four young lads who didn’t really have a clue what was going on!, but to inherit a ready made audience that attended the All Nighter’s, and Soul Weekenders was brilliant.

Were there any other guitarists that influenced you?
So many, my first hero was Jack Bruce, then John McGloughlin, Stanley Clarke, Larry Graham…. the list is as long as you like really.

What would you say has been the highlight of your career so far?
Hand on heart, I loved our show last October at The Royal Albert Hall in London. After nearly 40 years of doing this it was a really special evening.

What was the first record that you bought?
Live Cream. My Gran gave me some money for my 9th birthday and I bought that album. It lit a fire in me that still smoulders today.

What is your opinion on TV shows such as X-Factor - Are these programmes a good platform for up & coming artists?
As a kid I always loved the talent shows of the day - Opportunity Knocks, Anything You Can Do, Junior Showtime etc. were all a chance to get yourself heard, and I guess X-Factor is another in the same tradition, so I have no problem with the format at all, but I can’t say I’ve actually watched a whole show.

If you could tell your younger self something from everything you’ve learned while in the music industry what would it be?
Enjoy every minute. We have had some amazing tours over the years, and I wish I’d actually taken the time to take it all in. I still love it.

What would you say was a pivotal moment for the band ‘Level 42’ becoming so successful, and managing to continue this success into today?
Getting a slot on Top Of The Pops in 1981 with the song Love Games. It was such an important show at the time, and really exposed us to a huge audience. Happy Days!

You are described as a ‘pioneer of slap bass’. How did you develop the style of the ‘thumb slapping’ technique that you have become so famous for during performances?
That’s kind of you to say, and I was very fortunate to be in a band where I could let fly with the old thumb! I had always wanted to be a drummer, and Phil Gould was an amazing guy to be playing with, so it really became a combination of drumming on the bass and singing, and trading licks with Phil, Boon, and Mike. We have had some fantastic drummers in the band over the years, with Gary Husband, Gav Harrison, Bill Cobham, and now Pete Ray Biggin - he’s just nuts!!

Were you ever taught to play music through lessons? Or was it more a case of teaching yourself how to play?
Self taught, and still can’t read a note of music to this day, but it doesn’t seem to have held me back, so I mustn’t grumble.

What was the first song you learnt to play on guitar?
Ooh…. I can’t really remember, but most likely Sunshine Of Your Love, one of Jack Bruce’s masterpieces.

After announcing that Level 42 would be playing at Solihull Summer Fest this year, the response was overwhelming with nothing but appreciation for the band. Does the rush of performing still kick in after nearly 40 years of touring?
We all really love playing live, and the band as a seven-piece is great fun to play in. We are all good mates too, so getting to hang out together on festival days is the cherry on top for me, and coming to The Solihull Summerfest will be amazing. Bring it on!

Is there anyone performing at Summer Fest who you’ll be watching?
It’s a brilliant line-up for sure, so hard to choose, but that’s the beauty of festivals for me, there’s something for everyone.