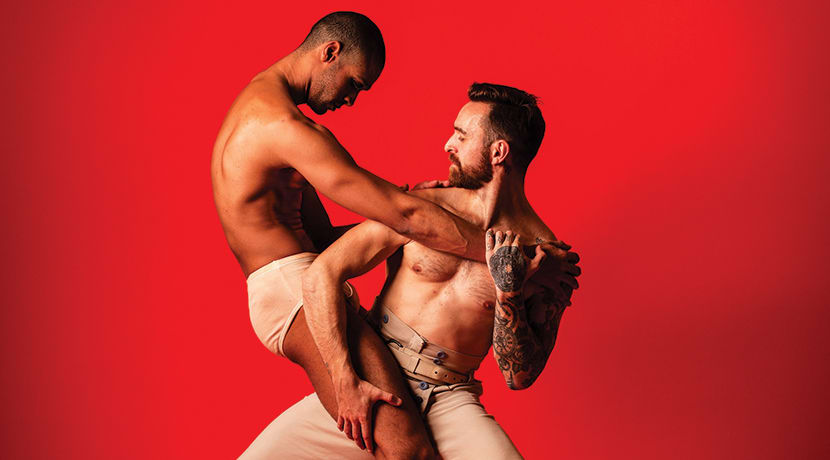 DeNada Dance Theatre’s Mariposa receives its world premiere at Birmingham’s DanceXchange this month. A dance opera reimagining Puccini's Madame Butterfly, the work transports the action to the port of Havana…

The director of DeNada Dance Theatre, Carlos Pons Guerra, is one of contemporary ballet’s most highly rated emerging queer voices. His latest project, a dance opera entitled Mariposa (meaning ‘butterfly’ in Spanish), which he’s choreographed, is a transgender tragedy brimming with magical realism and drama.
Set to an original score by award-winning Spanish composer Luis Miguel Cobo, with libretto by French-Indian writer Karthika Nair, the production takes its inspiration not only from Puccini’s Madame Butterfly but also from the sounds of the Caribbean.

Mariposa poses a question: in the turbulence of post-revolution Cuba - a world of neon lights, cigar-smoke clouds, santería (voodoo-esque) spirits and economic uncertainty - will a young male sex worker sacrifice his gender in exchange for a better life with the foreign sailor he loves?

This brand new production is an exploration of what we are willing to give up to be loved and accepted.

"Mariposa is all about representing ethnically diverse LGBTQ+ narratives onstage,” says Carlos. “It's therefore fantastic that it is opening its wings in a city as multicultural and diverse as Birmingham. We are very thankful for the generous and ongoing support of Birmingham-based arts organisations such as DanceXchange, Dance Hub Birmingham and Birmingham Hippodrome, which continue to support me and DeNada Dance Theatre - and especially now, in the creation of this latest production. We really hope audiences from across the Midlands and further afield will be touched by this very special show - a dance version of one of the most iconic operas ever written."