Alan Carr brings his Not Again, Alan tour to Wolverhampton 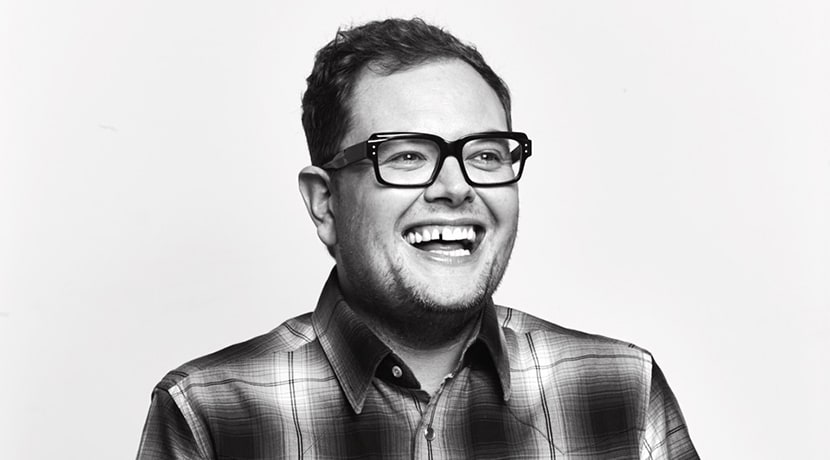 It's been four years since Alan last went on tour, and in that time he's managed to find himself in all sorts of dramas. Between his star-studded wedding day and becoming an accidental anarchist, from fearing for his life at border control to becoming a reluctant farmer, three words spring to mind…Not again, Alan!

Join Alan on tour as he muses upon the things that make his life weird and wonderful.

From September 2020, multi-award winning Alan will be performing at 57 of the UK’s finest theatres. More dates will be added over the coming months.

Tickets for Not Again, Alan! go on general sale from 10am on Wednesday 29th January and are available from www.alancarr.net.  Full dates and listings information are listed below.

It’s been a busy few years for Alan since he finished hosting 16 series of his BAFTA award-winning Channel 4 chat-show Alan Carr Chatty Man.   His recent TV shows include; Host of two series of There’s Something About Movie’s (Sky One), host of Kylie’s Secret Night (Channel 4), Alan Carr’s Celebrity Replay (ITV), host of I Don’t Like Mondays (Channel 4), The Price Is Right (Channel 4) and Alan Carr’s Happy Hour (Channel 4).  Alan has also co-hosted four Stand Up To Cancer live fundraising events for Channel 4.

His other recent TV appearances include; Judge on RuPaul’s DragRace UK (BBC !!!/BBC One), A League Of Their Own European Roadtrip (Sky One), Celebrity Bake Off Stand Up To Cancer Special (Channel 4), and 8 Out of 10 Cats Does Countdown (Channel 4).

As well as a star of stage and screen, Alan has also written two highly commended autobiographies – Look Who It Is! (released in 2008 by HarperCollins) and Alanatomy(released in 2016 by Penguin).

Alan can also regularly be heard on BBC Radio 2 where he presents numerous shows throughout the year with co-host Mel Sykes.

Later this year, Alan will be back on our television screens as host of ITV’s Alan Carr’s Epic Gameshow.  The series will see five of the country’s all-time favourite game shows supersized and reinvigorated for a brand new audience. The five legendary formats getting the big scale treatment are: Play Your Cards Right, Take Your Pick, Strike It Lucky, Bullseye, and The Price is Right.

Also in 2020, Alan will be returning as a judge on the highly anticipated second series of the BBC’s RuPaul’s DragRace UK.