Eggcellent Events in Wolverhampton, the Black Country and beyond this Easter 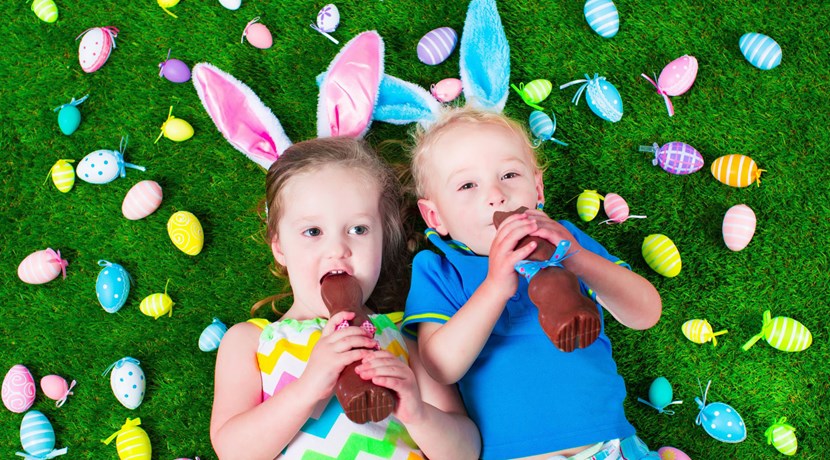 There's plenty of fun things to do across the Easter holidays across Wolverhampton, the Black Country and across the Midlands.

We've put together just some of our top picks to keep both you and the kids entertained this Easter half term - you would be hopping mad to miss them!

Films included in the school holiday seasons so far:

Don’t forget child and under 25s tickets are only £4.50 for all screenings.

On Saturday 8th April, together with the Family Launch, the venue will be taking part in the BBC Arts Get Creative weekend.

As well as their family films they will have a session of Melody Makers: a short film and activity session for children aged 4 and above presented by Flatpack Assemble.

Free tickets for this session will be available soon – keep posted for details.

They also have other creative activities throughout launch weekend.

Who better to organise an Easter egg hunt (or several) than those lovely people at Cadbury? The chocolate-making Birmingham company are this Easter coordinating more than 250 hunts at National Trust properties across the UK. And there’s plenty more besides for egg-seeking families to enjoy on their fun-filled day out, from fighting fiery dragons and solving mysteries to helping friendly animals throw a carnival. And what’s more, all participants will be rewarded with a sure-to-be-delicious Cadbury treat at the end of each completed hunt. Please check individual venues for dates.

Hop on over the Black Country Living Museum where a cracking programme of Easter fun is ready and waiting!

As usual the Black Country Living Museum is, er, eggs-tending its programme of entertainment for the Easter holiday period.

As well as all the usual attractions, including the chance to experience life in an 1850s coal mine and attend a Victorian school lesson, the venue is also hosting an Easter egg hunt across its 26-acre site.

Traditional egg-rolling contests, a selection of eggy craft activities, an Easter quiz, street games and the chance to grab a freshly baked hot cross bun from the bakery also feature.

There’s plenty of ‘animal magic’ for Easter visitors to enjoy at Ironbridge Gorge Museums.
Themed family activities include Enginuity workshops to make ‘sticky critters’ and build ‘wicked wings’, egg dancing and an Easter bonnet parade at Blists Hill Victorian Town (where visitors can also meet working horses and learn about pigs), and animal-themed workshops at the Jackfield Tile and Coalport China museums.
There’s also an exotic zoo to visit, complete with snakes, spiders, iguanas and other creepy crawlies.
Check out Ironbridge Gorge’s website for the full programme of activities.

Walsall's Forest Arts Centre will be hosting a selection of kids films across the Easter holidays.

The fifth instalment in the CGI-animated comedy adventure franchise.

When Scrat, still determined to get his elusive acorn, finds himself catapulted into outer space, he crashes his craft setting off a series of catastrophic cosmic events that threaten the future of planet Earth. As an asteroid hits Earth, Manny, Ellie, Sid, Diego and the gang decide to pack up their things and move as far away as possible from the falling boulders.

As they embark on an epic journey to find a new home, they come across some new and exciting sights as well as some interesting characters.

From the Academy Award–winning creators of Finding Nemo comes an epic undersea adventure filled with imagination, humour and heart.

When Dory, the forgetful blue tang, suddenly remembers she has a family who may be looking for her, she, Marlin and Nemo take off on a life-changing quest to find them with help from Hank, a cantankerous octopus; Bailey, a beluga whale who’s convinced his biological sonar skills are on the fritz; and Destiny, a nearsighted whale shark.

Junior, the company’s top delivery stork, is about to be promoted when the Baby Factory is accidentally activated on his watch, producing an adorable – and wholly unauthorized – baby girl.

Desperate to deliver this bundle of trouble before the boss gets wise, Junior and his friend Tulip, the only human on Stork Mountain, race to make their first-ever baby drop, in a wild and revealing journey that could make more than one family whole and restore the storks’ true mission in the world.

The film follows Sophie as she is whisked away from her orphanage by the BFG and taken to Giant Country where she is immediately at risk of being eaten by the other larger giants, including Fleshlumpeater and Bloodbottler.

Together, Sophie and the BFG go on an adventure to Dream Country where they capture dreams for the BFG to give to all of the human world's sleeping children.

After coming up with a cunning plan, the pair head back to London to see if the Queen can help them tackle the problem of the bullying, child-eating giants.

The world famous Harlem Globetrotters, featuring some of the most electrifying athletes on the planet, will bring their spectacular show to Birmingham as part of their 2018 World Tour.

The famed team will feature a star-studded roster in a one-of-a-kind show that is unrivalled in the world of family entertainment. Every game will showcase incredible ball handling wizardry, rim-rattling dunks, trick shots, hilarious comedy and unequaled fan interaction!

When the loved-up couple decide it’s time to tie the knot, Harry heads off in search of numerous wedding-day essentials. But there’s trouble brewing back in the field. The farmer’s now without Harry, so replaces him with the devilishly smooth but dangerous Reginald Rake, a scarecrow who’s determined to stake his claim for Betty...

Scamp present this brand new show on the back of their critically acclaimed adaptations of two other Donaldson and Scheffler books - Stick Man and Tiddler And Other Terrific Tales.

Suitable for children aged three-plus, this lively production tells the story of a patchwork elephant who determines to hide his ‘true colours’ in an effort to blend in, only to find that he feels happiest when he’s simply being himself. The faith-based Riverside Performing Arts ensemble is the company behind this latest stage presentation of David McKee's much-loved creation

Family Fun Day at the Races

The popular family fun day is back and bigger and better than ever with loads of free fun activities for children of all ages to enjoy, including personal appearances from some of their favourite TV characters at intervals throughout the afternoon. Expect bouncy castles, face painting and much more! This fantastic day out is guaranteed to keep the whole family entertained.

Diversity are an English street dance troupe formed in 2007 and based in London. They are best known for winning the third series of Britain's Got Talent in 2009, famously beating singer Susan Boyle in the live final.

After wowing audiences in 2015 with their 31 date Up Close and Personal tour, Diversity will once again return to arenas across the UK.  The new tour Genesis is the concluding part of their super hero fantasy epic and follows ‘Limitless: The Reboot’.  Creator and choreographer Ashley Banjo said of the tour;

“It is approaching 7 years since Diversity won Britain’s Got Talent in front of an audience of over 20 million and thanks to the support of the British public and our legion of fans we have gone from strength to strength.”  Driven by their motto “Dream, Believe, Achieve” Diversity continue to inspire all generations and are a remarkable example of what can be accomplished with dedication, belief and hard work.