The Shows Must Go On! Andrew Lloyd Webber channel to stream Fame The Musical for free 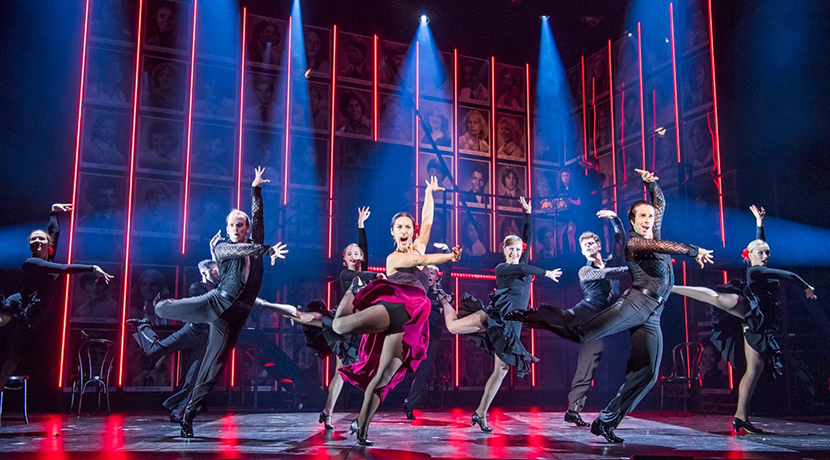 This Friday 25 September, The Shows Must Go On! YouTube Channel returns with the Fame The Musical - 30th Anniversary Tour as part of new season: The Greats On Tour.

There will be a new show every week including Michael Ball: Past & Present Tour, Alfie Boe Live – The Bring Him Home Tour and Jeff Wayne's Musical Version Of The War Of The Worlds.

Fame the Musical - 30th Anniversary Tour
Available to stream from 7.00pm on Friday 25 September for a limited 48-hour period – no charge or sign-up required.

Based on the 1980 film, FAME follows the lives of students at a New York school of performing arts. Standout songs include "Can't Keep It Down", "There She Goes/Fame!" and "Bring On Tomorrow". Directed and choreographed by Nick Winston, this 2018 version of the production stars runner up off BBC’s talent show ‘Any dream will do’ Keith Jack as Nick Piazza, soul-singing legend and star of ‘EastEnders’ Mica Paris as Miss Sherman and ‘Hollyoaks’ star and familiar face of reality TV, Jorgie Porter as Iris Kelly.

Michael Ball: Past & Present Tour – Live
Available to stream from 7.00pm on Friday 2 October for a limited 48-hour period – no charge or sign-up required.

Michael Ball has enjoyed an immensely successful and varied career over the last 20 years both in the West End and on the concert stage, working with some of the 20th century's most prolific musical theatre composers. This legendary 2009 show celebrates 25 years of Michael’s music, filmed at the Royal Albert Hall and featuring performances of songs from musicals Hairspray, Jesus Christ Superstar, Les Misérables, as well as music by the likes of Queen and Supertramp.

Alfie Boe Live – The Bring Him Home Tour
Available to stream from 7.00pm on Friday 9 October for a limited 48-hour period – no charge or sign-up required.

Alfie Boe’s illustrious career has included conquering the world’s most prestigious opera stages, leading the cast of Les Misérables for nearly a year, and stealing the show at the Queen’s Diamond Jubilee Concert at Buckingham Palace. Also filmed at the Royal Albert Hall, Alfie Boe Live – The Bring Him Home Tour features songs from shows including West Side Story, Moulin Rouge and Les Misérables and with special guests Matt Lucas, Melanie C and Tom Fletcher.

Jeff Wayne’s Musical Version of The War of The Worlds: Alive on Stage!
Available to stream from 7.00pm on Friday 16 October for a limited 48-hour period at no charge or sign-up required.

In 1978 Jeff Wayne composed and produced one of the most ground-breaking and bestselling musical works of all time with over 16 million albums sold to date. In 2006 Jeff Wayne's Musical Version of The War of The World took to the stage for the first time with audiences and critics praising its innovative use of music, technology, live performance and special effects.

Due to the ongoing pandemic, the 2021 arena tour was postponed and will now tour from March 2022. Until then, this streamed event will be a welcome addition to all fans of Jeff Wayne’s musical version of The War of The Worlds whilst bringing the production to a new audience.

For fans who wish to make a charitable donation, a variety of organizations will be listed on The Shows Must Go On full-length YouTube channel videos.