Four new shows now on sale to Friends Of The Grand 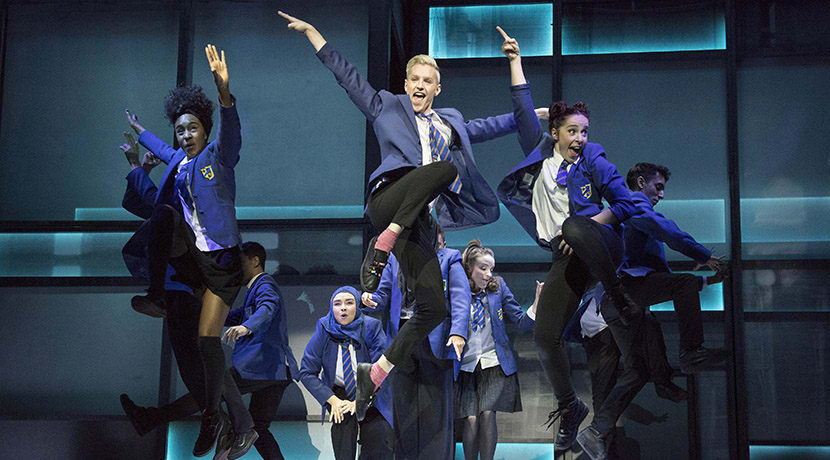 Today, Wolverhampton Grand Theatre announced four brand new shows for 2020, which are now on sale to Friends Of The Grand.

Now on sale is the previously announced hit West End musical Everybody's Talking About Jamie from Tuesday 23 – Saturday 27 June. Jamie New is sixteen and lives on a council estate in Sheffield. Jamie doesn’t quite fit in. Jamie is terrified about the future. Jamie is going to be a sensation. Supported by his brilliant loving mum and surrounded by his friends, Jamie overcomes prejudice, beats the bullies and steps out of the darkness, into the spotlight.

With an original score of catchy pop tunes by lead singer-songwriter of The Feeling, Dan Gillespie Sells and writer Tom MacRae (Doctor Who), this brand-new musical will have everybody talking about Jamie for years to come. Sixteen: the edge of possibility. Time to make your dreams come true.

Joe Brown, who now splits his time between the UK and Nashville, combines timeless classics, rockabilly, gospel, country, bluegrass, and rock ‘n’ roll, all interwoven with his effervescent delivery and humorous reminiscences and as Joe this sensational show is a musical journey not to be missed on Saturday 18 January.

The Roy Orbison Story on Tuesday 28 January follows Barry Steele’s  West End Debut at The Adelphi Theatre. The one and only Barry Steele is set to put the rock back into ‘The Big O’ as he takes to the stage to commemorate this legend in The Roy Orbison Story West End Special. Get ready for an upbeat night of solid gold hits and contemporary genius as Barry Steele and a fabulous cast of musicians and singers, celebrate & commemorate the musical legacy of Roy Orbison and many of his friends from the late 60s to the late 80s when The Big O was on the cusp of a phenomenal return to super stardom.

Rhod Gilbert brings his brand new live show Rhod Gilbert - The Book Of John to Wolverhampton on Monday 6 April. It has been a while, but the multi-award-winning Welsh comedian is back, with a brand new live show.  In a seven-year break from stand-up, a lot has happened to Rhod. Just when he thought he’d hit rock bottom, he met a bloke…called John. This show sees Rhod as funny as ever, but like never before. Raw, personal and brutally honest; no more lies, no more nonsense.

Tickets for the new season of shows will be on sale exclusively to Friends Of The Grand now. Public bookings open on Monday 15 July at 10am online and 12pm Box Office phones and counters.