Birmingham International Dance Festival (BIDF) is back - and it’s live too, both outdoors and in venues.
The city’s signature festival, produced by Hippodrome-based DanceXchange, showcases some of the best contemporary outdoor performances and new commissions.

A theatrical world premiere also features, as do innovative collaborations with visual and performance artists.

This autumn edition follows on from a hugely successful online festival in June. Taking place at various locations across the city from 21 September until 3 October, the event boasts an imaginative and entertaining live programme, shining a light on the region’s amazing dance offer while at the same time engaging communities and celebrating diversity and inclusivity.

Also featured in the festival is a programme of dance workshops in schools and free public dance classes showcasing hip-hop, circus and flamenco. There’s an augmented reality (AR) experience too, where people can connect via tablet devices to explore and interact with a series of imaginary digital dances.
Locations in which the BIDF programme will be taking place include Centenary Square, Digbeth, North Birmingham, Cannon Hill Park and the on-site Midlands Arts Centre.

Commenting on the festival, Lucie Mirkova, Head of Artistic Programmes at DanceXchange and Curator at BIDF, said: “We can’t wait to be back outdoors presenting thrilling dance performances, and to finally return to venues after so long. The programme is really exciting, showcasing the amazing creativity of both UK and international artists. We are delighted to be taking the festival to communities across the city, so that you can experience amazing dance on your doorstep.  Make sure you’ve got the dates in your diary and look out for more announcements in the coming weeks.”

Check out our festival highlights below...

WHERE: The Patrick Studio, Birmingham Hippodrome

ABOUT: Carlos Pons Guerra's inventive reimagining of Puccini's seminal opera is set in post-revolution Cuba where under the flickering neon lights of a distant Caribbean port, a local rent boy and a foreign sailor who fall ominously in love. This ia the story of a young man asked to sacrifice his gender in exchange of love and a better life.

ABOUT:  The 7 Fingers are one of the world’s most exciting and inventive contemporary circus companies. Combining choreography and dance with physical theatre, multi-media and music this award-winning trail-blazing company thrills with creativity and deserves to be experienced live.

Witness an unforgettable experience that celebrates connections and adventures, weaving together circus skills, music, movement and storytelling in a magnificent visual spectacle. 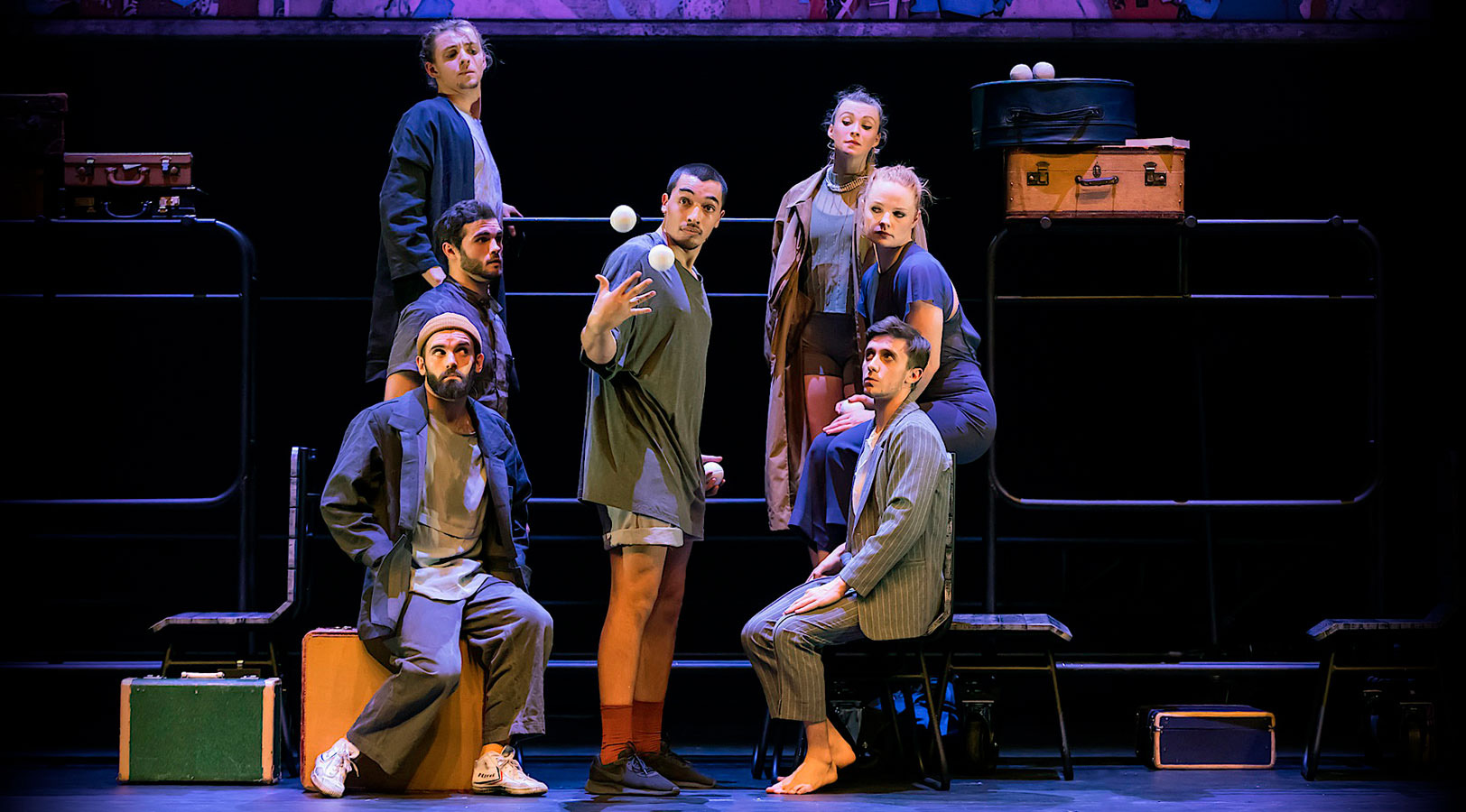 Watch as playful observations of the yesteryears explode into a ‘punkish’ celebration of individuality and difference.

The starting point for Frock came from Artistic Director Lucy Bennett’s memories of the 80s in England as a young child. Whereas her grandparents’ generation obligingly took on roles and duties as assigned to men, women, age and positions in society, her parents’ generation were much more daring and questioning.

AUTIN DANCE THEATRE: OUT OF THE DEEP BLUE

ABOUT:  A tale told in two parts - an interactive promenade and a physical theatre duet transporting audiences into another world to tell a story about our own.

Through dance, movement and masterful puppeteering, Out of the Deep Blue dives into the themes of the climate emergency and the biodiversity crisis in an outdoor spectacle featuring a 4-metre tall Puppet operated by 5 world-class puppeteers and contemporary dancers.

The show has been designed with children and family audiences in mind, and this magical story about the power of empathy and collaboration between these two beings - an ancient creature, a dispirited teen - speaks to the world at large.

ABOUT: Damaedance explores the beauty and challenges of women’s relationships - their strength, power and vulnerability - in an exhilarating and cutting-edge performance.

Digging into the very core of human interaction, IRMÃ portrays the ever-changing process of protecting the balance between elements of conflict and vulnerability, tenderness and anger, misunderstanding and support.

By merging elements from different fields, navigating from capoeira to contact improvisation, Damaedance aim to create an intricate and athletic movement language, which delivers power while also keeping an attentive and sensitive response to each other’s bodies.

DENADA DANCE: THE BULL AND THE MOON

ABOUT: DeNada Dance Theatre’s heart-warming, family-friendly tale blends contemporary dance, flamenco and theatre to celebrate anyone who dances to their own tune. A fun, fiery and magical outdoor dance performance, this is a heart-warming story about the importance of being oneself, family and LGBTQ+ inclusivity.

Lolo is a little Spanish bull that has a little secret. He doesn’t feel like he fits in with the other bulls on the farm. He doesn’t like the big loud bullfights, and he really doesn’t enjoy cowboy rodeos either. Dragging heavy carts of hay, or being the leader of his herd- Lolo doesn’t enjoy any of that! Instead, every night, he secretly learns how to dance with the shimmering Moon, and dreams of becoming Lola, a famous flamenco dancing cow. Will you come dance with Lolo and help make their dreams come true?

ABOUT: This is Joseph Toonga's first outdoor work for his company Just Dance Theatre. It is part of a Hip Hop dance theatre trilogy being created to highlight black excellence and to challenge racial stigma. The production aims to dismantle presumptions about the black male and female figure based on intimidation, danger and isolation, revealing instead character traits around fragility, vulnerability and a constant battle to prove oneself. This hypersensitivity of the black body in space is magnified by Born to Protest’s cast of seven performing en masse to a soundscape which sets up intense energy with Hip Hop beats and voice over.

BEYOND BORDERS PART TWO: WE HAVE A CHOICE

ABOUT:  Experience the power of nature, its effect on us and the world we inhabit. You will be right at the heart of the show watching the landscape change around you.

This is the live dance sequel to Beyond Borders, a dance film made earlier this year co-created with over 130 young dancers in the West Midlands.