Joanne Clifton to star in The Rocky Horror Show in Wolverhampton 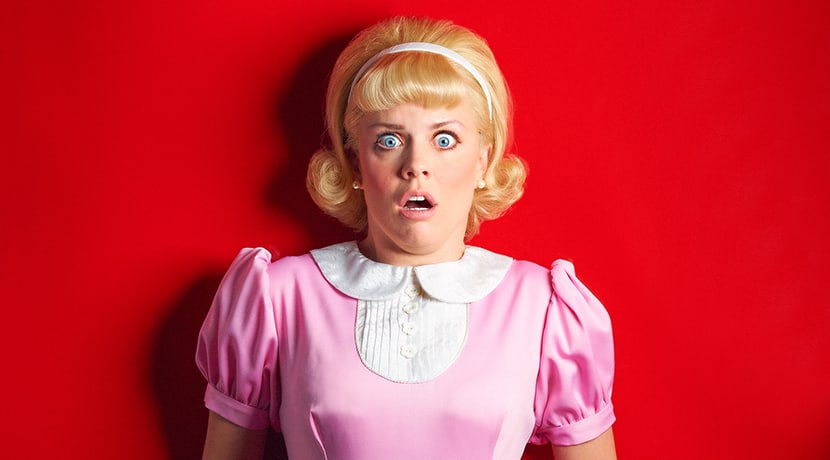 The Rocky Horror Show continues to play to packed houses as it tours the length and breadth of the UK and in frightfully fabulous fashion rolls into Wolverhampton at the Grand Theatre from Monday 14 – Saturday 19 October 2019, starring Strictly Come Dancing’s Joanne Clifton as Janet Wiess.

More than 100,000 people have seen the show during the tour so far and there are no signs of this incredible cast slowing down. Joanne Clifton, who has been delighting audiences and receiving rave reviews as Janet, will continue to don her corset and fishnets and said: “I absolutely love playing Janet, so I’m delighted to continue with the show throughout the year”.

Joanne Clifton will be joined by James Darch who will play Janet’s fiancé Brad. James, an accomplished actor with an impressive CV, is currently starring as Pat Casey in Maggie May at The Finborough Theatre. Other credits include An Officer and a Gentleman (UK tour), Wicked (Apollo Victoria), and Mamma Mia! (Novello Theatre).

James Darch said: “I am absolutely thrilled to be joining the cast of The Rocky Horror Show. It’s mad - there is no denying that.  But, as the devoted audiences prove, it’s a story that’s got heart and relevance through every generation. Its infectious energy is still standing the test of time and coming out on top. I can’t wait to put my own small stamp on such a well known and loved character as Brad – bring on the madness!”

The legendary musical extravaganza also stars West End star Stephen Webb as Frank-N-Furter and Kristian Lavercombe, who reprises his role as Riff Raff following more than 1500 performances around the world. Phillip Franks will play The Narrator.

Phillip’s recent theatre credits include Art, Noises Off, Journey's End (West End); Murder in the Cathedral (London); Flare Path, Breaking the Code, The Winslow Boy, The Hound of the Baskervilles and The Secret of Sherlock Holmes and the The Rocky Horror Show , in which he spent a year in fishnets and toured the UK and Italy. He spent ten years with the RSC, in London and Stratford, on tour and in New York, where many roles included Lysander, Florizel, Bertram and the title role in Hamlet.

Directed by Christopher Luscombe, the smash hit show features all of the famous musical numbers which have made The Rocky Horror Show  such a huge hit for over four decades, including Sweet Transvestite, Science Fiction/Double Feature, Dammit Janet and, of course, the timeless floor-filler, The Time-Warp.

The Rocky Horror Show  tells the story of Brad and his fiancée Janet, two squeaky clean college kids who meet Dr Frank-N-Furter by chance when their car breaks down outside his house whilst on their way to visit their favourite college professor. It’s an adventure they’ll never forget, with fun, frolics, frocks and frivolity, bursting with timeless songs and outrageous outfits.

The Rocky Horror Show  first began life in 1973 before an audience of just 63 people in the Royal Court’s Theatre Upstairs.  It was an immediate success and transferred to the Chelsea Classic Cinema, before going on to run at the Kings Road Theatre, 1973-79 and the Comedy Theatre in the West End, 1979-80.  In 1975 it was transformed into a film called The Rocky Horror Picture Show. This film adaptation took over $135 million at the Box Office and is still shown in cinemas around the world more than 40 years after its premiere, making it the longest running theatrical release in cinema history.

The Rocky Horror Show  is a guaranteed party, which famously combines science-fiction, horror, comedy and music while encouraging audience participation meaning, of course, getting dressed in the most outrageous fancy dress. The show has become the world’s favourite Rock ‘N’ Roll musical, having been performed worldwide for 45 years in more than 30 countries and translated into over 20 languages.