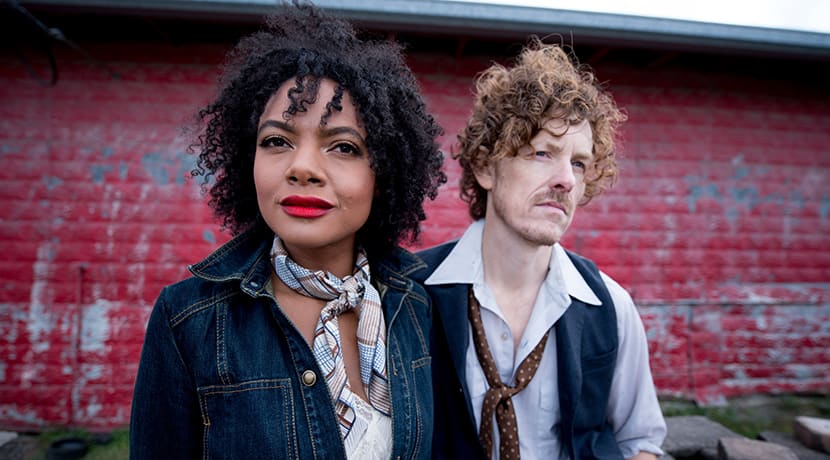 Shrewsbury Folk Festival has added a host of new acts to its line up as organisers reveal ticket sales are already surpassing 2018 levels.

Renowned singer songwriter Andy Fairweather Low and the Low Riders will make a return with a special show featuring the Hi Riders Soul Revue. Scottish supergroup Capercaillie and American trio Birds of Chicago (pictured) are also new to the bill of the four-day festival that takes place at the West Mid Showground from August 23 to 24.

This year’s festival will feature a special day of programming on the festival’s Pengwern Stage by duo Chris While and Julie Matthewsto celebrate 25 years of their musical relationship. They have chosen Blair Dunlop, Burden of Paradise, singer songwriter Charlie Dore and former Fairground Attraction lead singer Eddi Reader to perform on Sunday August 25, which will be topped off with a show by the While & Matthews Big Band.

Other new artists signed up included Áine Tyrrell, AKA Trio, Boxwood Chessmen and the Exmouth Shanty Men. Dance groups confirmed so far are Whapweasel, the John Spiers Ceilidh Band and Relentless. There will also be performances from the Corryvrechan Scottish Dance Display Team.

The festival’s first tier of adult weekend tickets sold out in less than five minutes after they went on sale on December 1. It is now selling weekend tickets at its third price tier. Day tickets are also available.

Festival Director Sandra Surtees said: “Last year our weekend tickets sold out a month before the festival and many people were disappointed they couldn’t come for all four days despite regular warnings that we were going to sell out.

“We have sold more to date in 2019 than we had by the same time last year so, as ever, our advice is to book as early as possible. There’s so much more than just music for people to enjoy including dances, music and other workshops, great food and drink and a brilliant atmosphere!”

The festival, now regarded as one of the most popular UK folk events, has four main music stages, a dance tent with a programme including ceilidhs, workshops and dance shows, children and youth festivals, workshops, craft fair, food village, real ale, cocktail and gin bars and on-site camping and glamping. There are also fringe events at local pubs with dance displays in the town centre and a parade through the streets on the Saturday afternoon.

Weekend and day tickets can be booked at www.shrewsburyfolkfestival.co.uk/booktickets/.