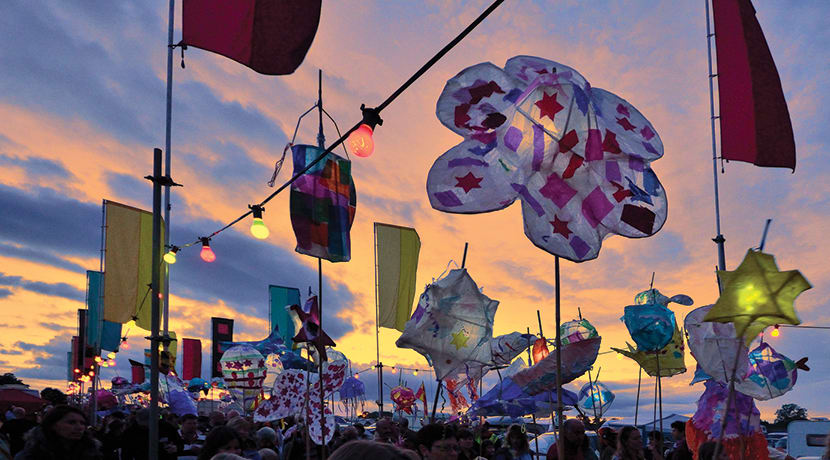 Shrewsbury Folk Festival has opened applications for its Launchpad stage that offers young musicians the platform to showcase their talents.

The festival is appealing for solo performers and groups aged 16 to 26 who live in Shropshire, Mid Wales, or the West Midlands to pitch for one of the places available on The Launchpad stage, which is sponsored by Midlands What’s On, the region’s essential entertainment guide.

Each of the successful candidates will be expected to perform a 30-minute acoustic set at least three times over the weekend at this year’s event at the West Mid Showground during August Bank Holiday (August 23-26).

“The Trials of the Cato, who appeared in 2017, are now represented by an agent and showcasing at the International Folk Alliance event in Canada this month. Chris Elliott and Caitlin Jones also performed on The Launchpad with a band in 2017 and went on to win our open mic in 2018 securing them a show on our Sabrina stage in August.

“For many of the performers, appearing on The Launchpad will be the first time they’ve ever had the opportunity to take part in a professional event like ours. It’s good experience and the chance to reach a new audience. We’re inviting applications from any performers in the folk, roots or acoustic genre who’d like this opportunity.”

Davina Evans, Managing Director of What’s On, said: “Shrewsbury Folk Festival is one of the top events of its kind in the country and being able to play there is a great step for young musicians who are looking to make a name for themselves and get some festival experience.

“At What’s On, we know there is a wealth of talent out there from across the region and we’re delighted to be supporting The Launchpad again.”

To apply for one of the available places, performers must be aged between 16 and 26 on August 23, resident in Shropshire, Mid Wales or the West Midlands, and available to attend the festival between Friday August 23 to 26.

In return, they will receive a free artist and guest ticket, on-site camping, and a contribution to travel expenses.

To apply, send a short biography, links to performances (Soundcloud, YouTube etc) and your contact details to jo@shrewsburyfolkfestival.co.uk before May 6. Only the selected performers will be contacted.

Weekend and day tickets can be booked through www.shrewsburyfolkfestival.co.uk.