School of Rock The Musical comes to Wolverhampton 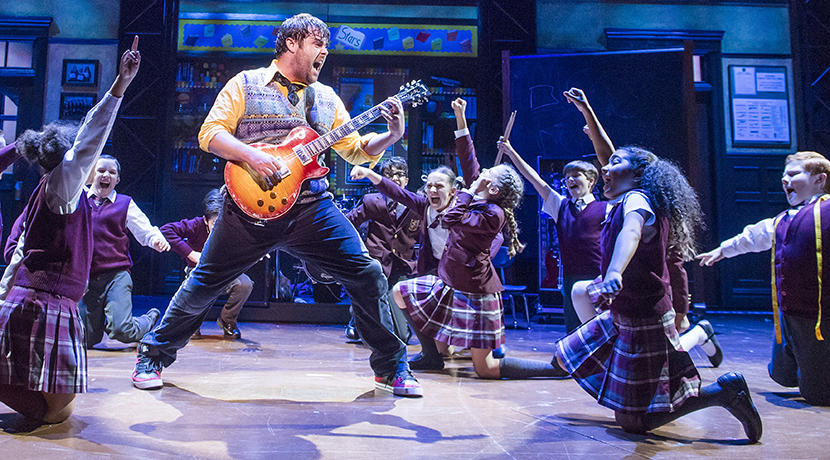 The production opened at the New London Theatre (now the Gillian Lynne Theatre) in November 2016 to 5-star reviews and widespread critical acclaim. It went on to win the Olivier Award for Outstanding Achievement in Music.

The Broadway production of School Of Rock - The Musical recently concluded its run at the Winter Garden Theatre with a US national touring production continuing. An Australian production opened at Her Majesty’s Theatre in Melbourne last October.

School Of Rock - The Musical features new music written by Andrew Lloyd Webber with lyrics by Glenn Slater (The Little Mermaid, Sister Act) and a book by Julian Fellowes. It is directed by Laurence Connor (Joseph and the Amazing Technicolor Dreamcoat, London Palladium 2019) with choreography by JoAnn M.Hunter, set and costume designs by Anna Louizos, lighting design by Natasha Katz, sound design by Mick-Potter, music supervision by John Rigby with Matt Smith as musical director.

Andrew Lloyd Webber is the composer of some of the world’s best known musicals including Cats, Evita, Joseph and the Amazing Technicolor Dreamcoat, Jesus Christ Superstar, The Phantom of the Opera and Sunset Boulevard.  In New York, School of Rock – The Musical ran alongside Cats and Phantom of the Opera, equalling Lloyd Webber’s previous record of three shows running simultaneously on Broadway.

His awards, both as composer and producer, include seven Tony Awards, seven Olivier Awards, a Golden Globe, an Oscar, the Praemium Imperiale, the Richard Rodgers Award for Excellence in Musical Theatre, a BASCA Fellowship, the Kennedy Center Honor and a Grammy for Best Contemporary Classical Composition for Requiem, his setting of the Latin Requiem mass which contains one of his best known compositions, Pie Jesu.

Andrew owns seven London theatres including the Theatre Royal, Drury Lane, the New London Theatre and the London Palladium.  He was knighted by Her Majesty The Queen in 1992 and created an honorary member of the House of Lords in 1997.  He is passionate about the importance of music in education and the Andrew Lloyd Webber Foundation has become one of Britain’s leading charities supporting the arts and music.

School Of Rock - The Musical has a book by Julian Fellowes, for which he received a Tony nomination. Julian the creator, writer and executive producer of the worldwide hit TV seriesDownton Abbey, which has received 69 Emmy Award nominations, winning 15, including two awards for Fellowes.

Casting for the UK Touring production is to be announced.

The UK & Ireland Tour of School Of Rock - The Musical is produced by David Ian Productions.

On sale information will be announced soon.