Top musicals in the Midlands in 2020 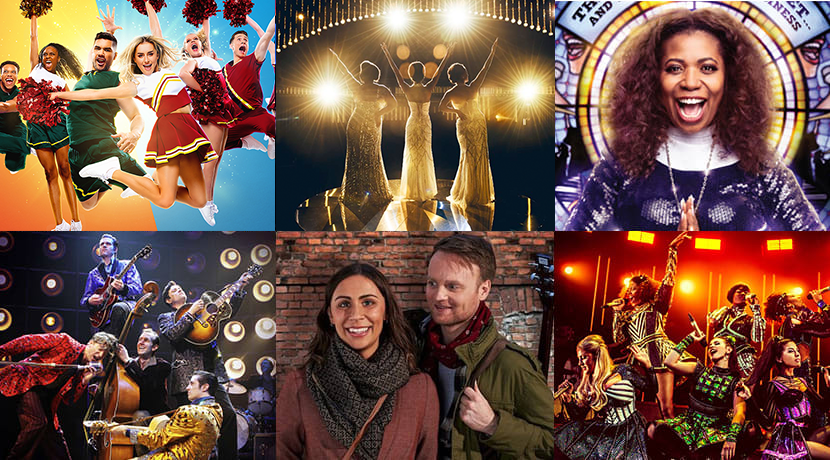 Some of the biggest shows in musical theatre are set to pay a visit to the Midlands' theatres in 2020. From new productions straight out of the West End to firm favourites, we've rounded up where and when you can catch these smash-hit productions in your region.

Based on the popular movie Footloose which starred Kevin Bacon, this musical tells the story of city boy Ren who moves to small town America where dancing is banned. The show is packed full of electrifying dancing and classic eighties hits including: Out For A Hero, Almost Paradise, Let's Hear It For The Boy and the title track Footloose. Pulsating with energy this fast paced musical gets audiences on their feet.

The Alexandra, Birmingham Mon 4 - Sat 9 May

From West End to global phenomenon, MAMMA MIA! is Judy Craymer’s ingenious vision of staging the story-telling magic of ABBA’s timeless songs with a sunny, funny tale of a mother, a daughter and three possible dads unfolding on a Greek island idyll.

Birmingham Hippodrome Tues 12 May - Sat 30 May

We Will Rock You

The worldwide smash hit musical by Queen and Ben Elton returns to the UK. The multi-million-pound show dazzles all the senses in breath-taking style. Guaranteed to blow your mind, this musical phenomenon is not to be missed!

A Broadway and West End hit musical that's a ravishing love story with a bittersweet difference, Once casts a spell over the audience just as its two lead characters cast a spell over each other.
Based on a cult 2006 Irish indie feature, originally shot on a micro-budget of just $160,000, it tells the uplifting yet yearning story of a part-time Dublin guitarist busker (who works by day in his dad's Hoover repair shop) who falls unexpectedly in love with a young Czech immigrant fellow musician. As we follow their relationship across five short days, big changes happen to both of them in little ways.

Bring It On! The Musical 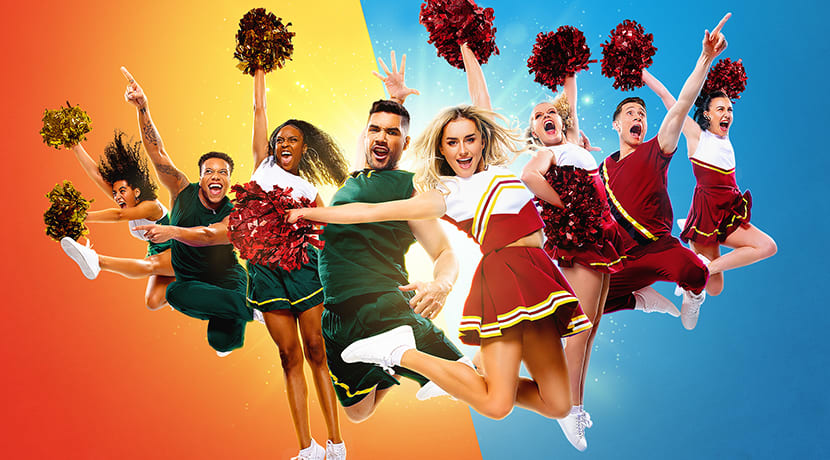 The smash hit Broadway musical back flips into the Midlands this summer. Inspired by the film of the same name, Bring It On The Musical takes you on a high-flying, energy fuelled journey which tackles friendship, jealousy, betrayal and forgiveness – wrapped up in explosive choreography and tricks - satrring Amber Davies and Louis Smith.

Seen by over five million people in over 30 countries, Thriller Live continues to moonwalk around the world, taking you on a visual, audio and electrifying journey through an unparalleled catalogue of hits.

From Tudor queens to pop princesses, the six wives of Henry VIII finally take to the mic to tell their tales, remixing five hundred years of historical heartbreak into an 80-minute celebration of 21st century girl power. These Queens may have green sleeves but their lipstick is rebellious red.

Fresh from 5* reviews and sold-out houses in London’s West End, 9 to 5 The Musical tells the story of three workmates pushed to boiling point by their sexist and egotistical boss. Concocting a plan to kidnap and turn the tables on their despicable supervisor, will the women manage to reform their office – or will events unravel when the CEO pays an unexpected visit?

Following its success in the West End, Las Vegas, on Broadway and around the UK, Million Dollar Quartet is back!  This worldwide smash-hit musical is inspired by the famous recording session that brought together rock ‘n’ roll icons Elvis Presley, Johnny Cash, Jerry Lee Lewis and Carl Perkins for the first and only time.

With scenery inspired by the paintings of Victor Hugo, the magnificent score of Les Misérables includes the songs I Dreamed a Dream, On My Own, Bring Him Home, One Day More, Master Of The House and many more. Seen by over 120 million people worldwide in 52 countries and in 22 languages, Les Misérables is undisputedly one of the world’s most popular musicals.

Carole King, the chart-topping music legend, was an ordinary girl with an extraordinary talent. She fought her way into the record industry as a teenager and sold her first hit, ‘Will You Love Me Tomorrow’, when she was just seventeen. By the time she was twenty she was writing number ones for the biggest acts in rock ‘n’ roll, including the Drifters, The Shirelles, Aretha Franklin and the Monkees. But her greatest challenge was to find her own voice and finally step into the spotlight.

The Phantom of the Opera

Now set in 2020, this sparkling tribute to the universal power of friendship, sisterhood and music tells the hilarious story of the disco diva whose life takes a surprising turn when she witnesses a murder. Under protective custody she is hidden in the one place she won’t be found – a convent!  Disguised as a nun and under the suspicious watch of Mother Superior, Deloris helps her fellow sisters find their voices as she unexpectedly rediscovers her own.

Bat Out Of Hell The Musical

Bringing to life the legendary anthems of Jim Steinman & Meat Loaf, this critically-acclaimed production uniquely combines the magic and excitement of a musical with the immense energy of rock ‘n’ roll. Join Strat, the forever young leader of rebellious gang ‘The Lost’ as he falls in love with Raven, the beautiful daughter of the tyrannical ruler of Obsidian.

Bringing together a cast of over 20 world class performers, Strictly Ballroom the Musical follows arrogant, rebellious young ballroom dancer, Scott Hastings. When his radical and daring dance style see him fall out of favour with Australian Federation, he must dance with beginner, Fran. Together they find the courage to defy tradition and discover that to win, your steps don’t need to be strictly ballroom!

It’s Baltimore, 1962 where Tracy Turnblad, a big girl with big hair and an even bigger heart, is on a mission to follow her dreams and dance her way onto national TV. Tracy’s audition makes her a local star and soon she is using her new-found fame to fight for equality, bagging local heartthrob Link Larkin along the way!

With its phenomenal score, bursting with hits including Summer Nights, Greased Lightnin’, Hopelessly Devoted to You and You’re the One That I Want, this thrilling new version is brought to life by a fresh young cast who bring energy, vitality and passion to this ultimate musical classic.

The spectacular and heart-warming musical adaptation of the critically acclaimed hit ITV television series. It tells the extraordinary story of the ordinary girl from Liverpool whose teenage dreams of stardom lead her to becoming one of Britain’s best-loved entertainers of all time. Starring Sheridan Smith. 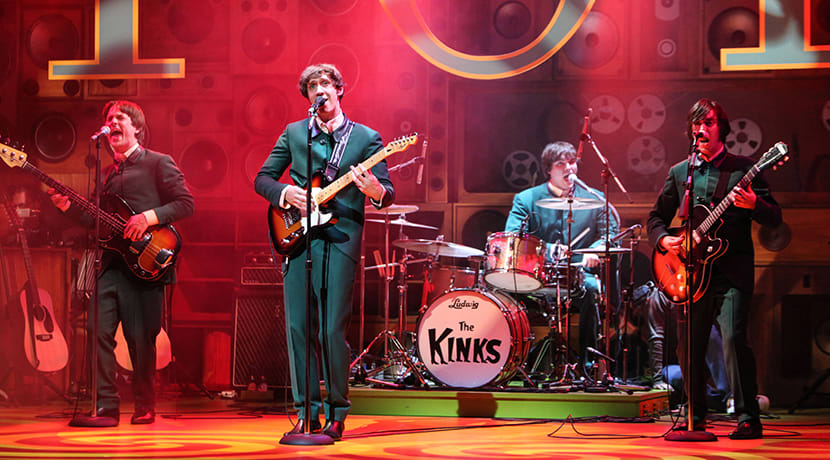 Sunny Afternoon tells the story of The Kinks who exploded onto the 60s music scene with a raw, energetic new sound that rocked a nation. Set against the back-drop of a Britain caught mid-swing between the conservative 50s and riotous 60s, this musical charts the euphoric highs and agonising lows of one of Britain’s most iconic bands, and their irresistible music that influenced an entire generation.

Bringing to life the legendary anthems of Jim Steinman & Meat Loaf, this critically-acclaimed production uniquely combines the magic and excitement of a musical with the immense energy of rock ‘n’ roll. Join Strat, the forever young leader of rebellious gang ‘The Lost’ as he falls in love with Raven, the beautiful daughter of the tyrannical ruler of Obsidian.