Twenty must see musicals coming to the Midlands in 2021 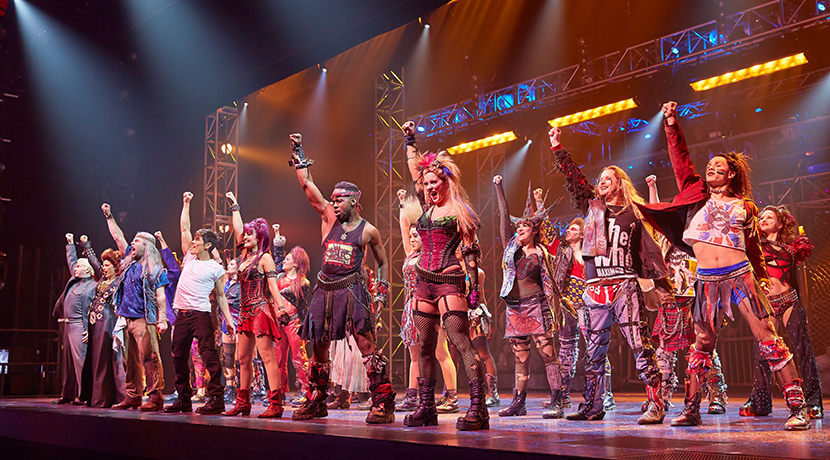 If, like us, you're missing your musical theatre fix in 2020, then you'll be pleased to know there are a plethora of smash hit shows - some familiar, and a couple of new additions - heading to the Midlands in 2021/22. Check out our Twenty Must See Musicals below and get booking NOW!

9 TO 5 THE MUSICAL “I'm so excited that 9 To 5 is heading to the Midlands,” says Dolly Parton, in talking about her hit musical’s three visits to the region in 2021. “I'm hoping you have as much fun watching it as I had writing the music for it. The show is perfect for anyone who's ever wanted to string up their boss, which is almost all of us. So come join the fun!” 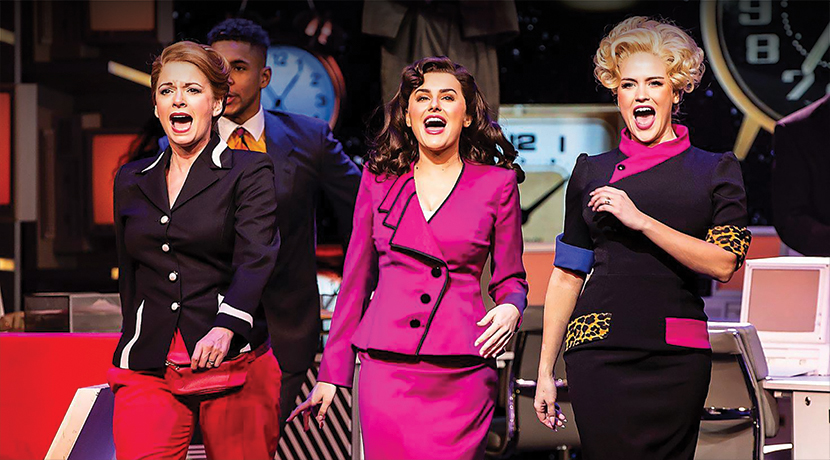 THE ADDAMS FAMILY Samantha Womack and Cameron Blakely break out the gruesome makeup and theatrical cobwebs to star in this brand new production of the hit musical, based on the popular mid-1960s US TV series of the same name. So if you fancy a lightheartedly spinetingling evening spent watching Uncle Fester howl at the moon, while Gomez and Morticia fight for supremacy and the ancestors create pandemonium, the gloomy old mansion at 0001 Cemetery Lane is the address to head for... 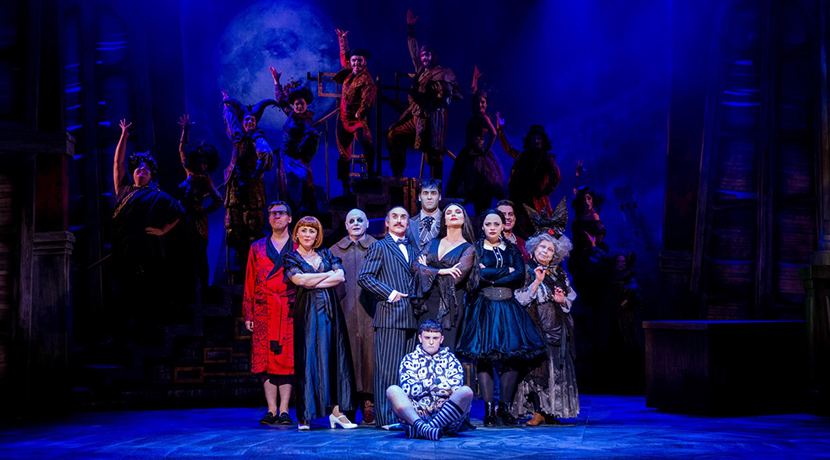 CHICAGO THE MUSICAL Chicago’s debauched glamour, jazz-tinged score and smouldering dance numbers give it a touch of real old-Broadway style decadence. An astonishingly accurate satire on the shallow, media-obsessed world of the 21st century, it’s almost impossible to believe it was first conceived over 40 years ago.
It also has the considerable lure of choreography by Broadway legend Bob Fosse - and he’s the reason the show was re-conceived in 1996.
Set in the Chicago of the Roaring 20s, the action takes place in a jailhouse, as two ambitious and sexy ‘cons battle it out to be the most notorious murderer...

DREAMGIRLS THE MUSICAL Take a rollercoaster ride back to the 1960s with this smash-hit musical inspired by the story of Diana Ross & The Supremes. Dreamgirls debuted on Broadway 39 years ago but is best known from the 2006 film version starring Jamie Foxx and Beyoncé Knowles. A story of friendship, ambition, and how the former can sometimes be compromised by the latter, the show follows the fortunes of Effie, Lorrell and Deena - three talented young singers in the turbulent ’60s who, managed by a former Cadillac salesman, aim to hit the high notes as girl group the Dreamettes. Featured numbers include And I Am Telling You I’m Not Going, Listen, I Am Changing and One Night Only.

EVERYBODY'S TALKING ABOUT JAMIE Everybody’s Talking About Jamie may have come from humble beginnings - it was inspired by a television documentary and premiered in Sheffield - but after only a matter of months it had transferred to the West End. Since then, the hit musical has enjoyed blockbusting success, with five Olivier Award nominations, an extensive UK tour and a forthcoming feature-film version testifying to its incredible popularity.
The show, which follows Jamie New’s quest for acceptance on his journey to becoming a drag queen, co-stars soap favourites Shane Richie and Shobna Gulati. Layton Williams takes the title role. “This musical tries to tell people to stay true to who they are and to be proud of themselves,” says Layton, “and that if they’re different, or feel like they don’t fit in, then there’s a place for them in the world anyway. It’s all about having hope.” 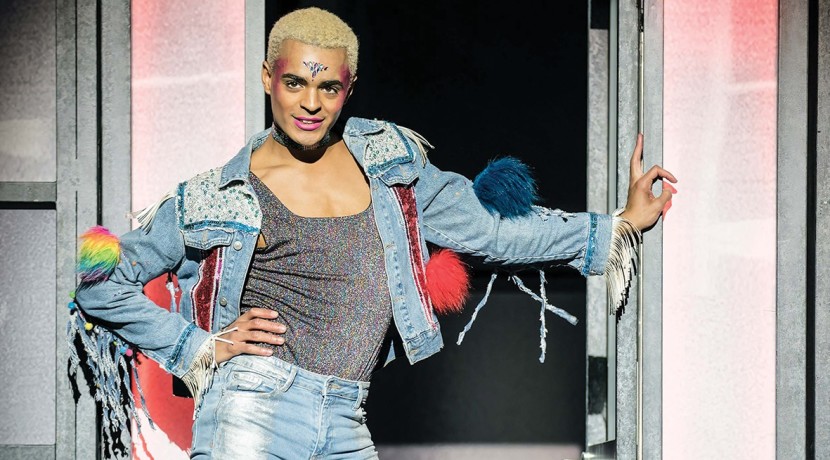 FOOTLOOSE Featuring classic numbers such as Holding Out For A Hero, Almost Paradise, Let’s Hear It For The Boy, and of course the title track itself, hit Broadway and West End musical Footloose tells the story of city boy Ren’s arrival in Bomont - and of the impact which his dancing has on a town held back by the memory of a tragedy. 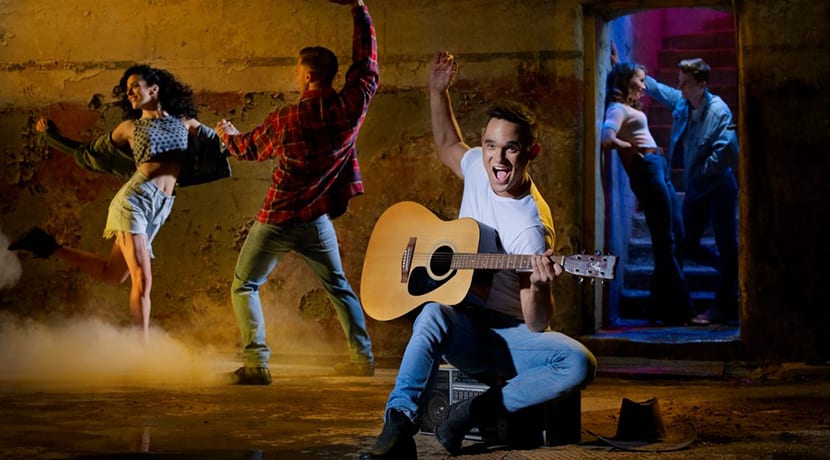 GIRLS JUST WANNA HAVE FUN Linda Nolan and X-Factor finalist Niki Evans are two of the four women enjoying an evening of fun and frivolity in this brand new musical comedy.
Described as a no-holds-barred romp through everything life throws at a modern-day woman, the show is unlikely to pull up any trees when it comes to originality. That said, having previously helmed Hormonal Housewives, its producers absolutely know the market they’re playing to, and are old hands at giving their audience a fantastic night out.
So if you fancy channelling your inner diva for a couple of hours, you know what you need to do...

GREASE Dust off your leather jackets, pull on your bobby-socks and get ready for the most fun-filled high-octane rock’n’roll party of them all!
Grease is the original high-school musical, featuring all the unforgettable songs from the hit movie, including You’re The One That I Want, Grease Is The Word, Summer Nights, Hopelessly Devoted To You, Sandy and Greased Lightnin’.

HAIRSPRAY It’s 1962, and in Tracy Turnblad’s Baltimore hometown, massive hairdos, dancing the twist and Corny Collins’ daytime dance show are the hottest tickets in teen culture.
In some ways, life for the starry-eyed Tracy is as big, bright and breezy as a bubblegum balloon - but there’s trouble brewing just beneath the surface...
This Tony Award-winning hit of a show returns to the Midlands with a jukebox-worth of 1960s-style dance music and 'downtown' rhythm & blues. Hit songs include Welcome To The 60s, You Can’t Stop The Beat and The Nicest Kids In Town. 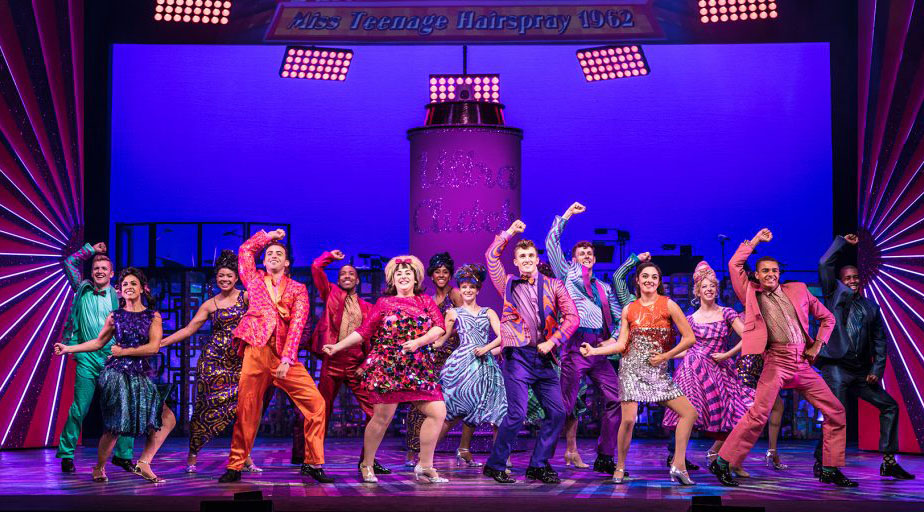 THE MAGICIAN'S ELEPHANT The Royal Shakespeare Company’s Christmas offering this year would have been a new musical adaptation of The Magician’s Elephant.
Sadly, the Covid crisis means that families will have to wait until next autumn to enjoy the stage version of bestselling author Kate DiCamillo’s critically acclaimed novel.
The Magician’s Elephant tells the story of orphan Peter Augustus Duchenne, who lives a frugal life in the lonely town of Baltese.
Then, one day, a magician conjures an elephant from the sky...
The animal’s appearance sets off a chain of remarkable events that changes Baltese forever.

MAMMA MIA! This legendary show is of course a nicely contrived vehicle for the chart-topping music of 1970s super troupers Abba.
The Swedish Fab Four scored mega-hit after mega-hit with catchy numbers including Waterloo, Dancing Queen, The Name Of The Game, The Winner Takes It All and Take A Chance On Me, all of which are present and correct in this blockbuster offering.

MENOPAUSE THE MUSICAL 2 Female TV stars ‘of a certain age’ are much in evidence in this well-reviewed show, although the identities of those taking part on this particular occasion are yet to be revealed.
When four menopausal women meet in a department store, conversation quickly turns to the one thing they all have in common - the menopause. Cue innumerable one-liners on subjects including forgetfulness, mood swings, wrinkles, night sweats and uncontrollable chocolate binges... 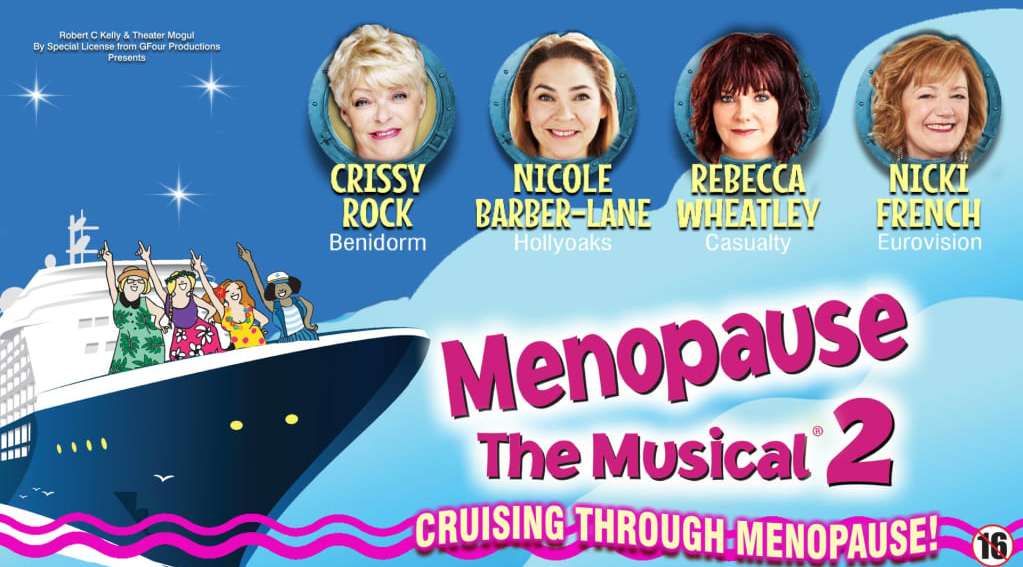 THE OSMONDS - A NEW MUSICAL Sure to be a hit with women of a certain age, The Osmonds: A new musical tells the official story from Jay Osmond about the five brothers from Utah who were pushed into the spotlight as children and went on to create smash hits decade after decade. From their star residency on The Andy Williams Show, to the arrival of Donny and Marie, The Osmonds lived a remarkable life recording chart topping albums, selling out vast arena concerts and making record breaking TV shows - until one bad decision cost them everything.

Expect an evening of chart-topping anthems including Love Me For A Reason, Crazy Horses, Let Me In, Puppy Love, One Bad Apple, Long Haired Lover From Liverpool, Paper Roses and more... 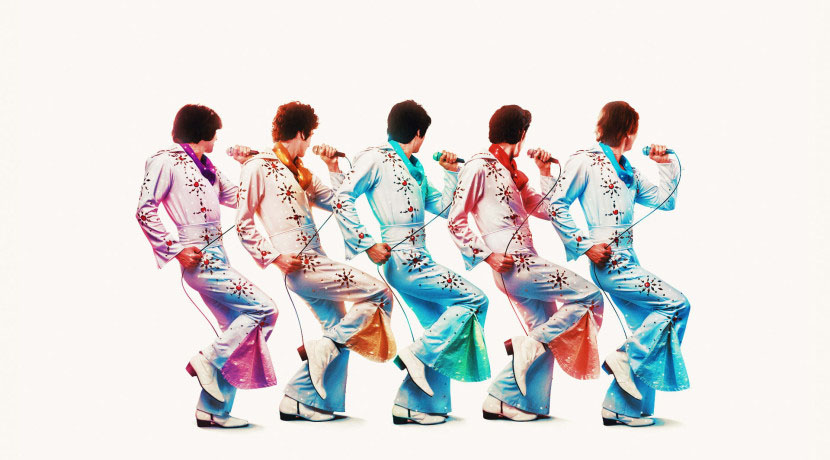 ROCK OF AGES Cinema-goers who caught the 2012 movie version of Rock Of Ages, starring Tom Cruise, Alec Baldwin, Russell Brand and Catherine Zeta-Jones, will know exactly what to expect from this feelgood musical. For those who didn’t and therefore don’t, it focuses on the romance between a small-town girl and a big-city rocker, and is packed to its proverbial rafters with classic 1980s numbers. So if you’re someone for whom the decade of Glasnost, yuppies, Miami Vice and mullet hair-dos took place against a soundtrack of pounding rock anthems, this is the show for you. Songs include We Built This City, Here I Go Again, I Want To Know What Love Is and The Final Countdown. 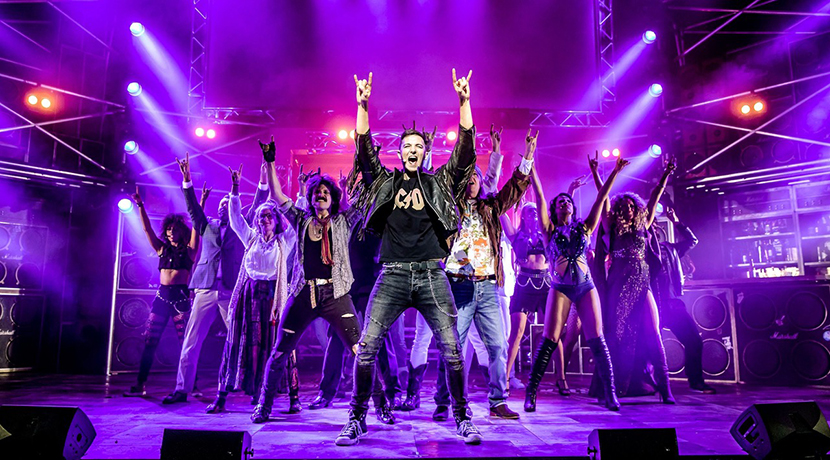 SCHOOL OF ROCK There’s a school of thought that School Of Rock would’ve been even better without Jack Black. And the great thing about Andrew Lloyd Webber’s stage version of the hit 2003 movie is that you actually get to find out if that’s true!

Alongside its lack of Black, the show has plenty else to recommend it, including no fewer than 14 new songs from Lord Lloyd Webber. All the original numbers from the movie also feature.
For those not in the know, School Of Rock tells the story of wannabe rock star Dewey Finn. Posing as a substitute teacher at an elite prep school, Dewey not only introduces the students to ‘his kind of music’ but also helps the uptight headmistress to rediscover her inner wild child... 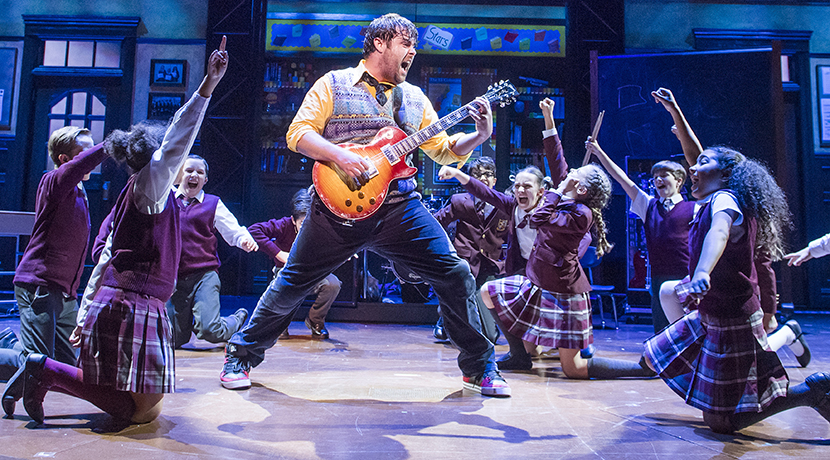 SIX THE MUSICAL SIX’s runaway success has shown no signs of abating since it premiered as a student production at the Edinburgh Fringe in 2017.
From Tudor queens to battling boss-women, the show features the wives of Henry VIII taking to the stage to tell their own versions of their lives.
This high-energy celebration of girl power sees the cast backed by all-female band The Ladies In Waiting. 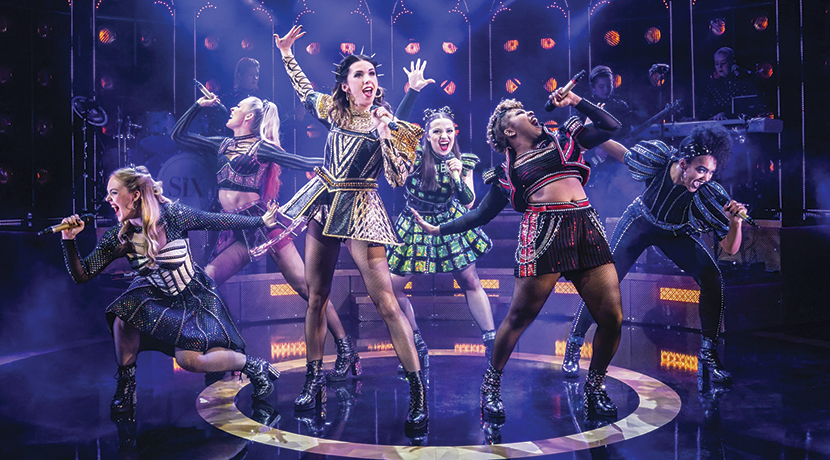 SOMETHING ROTTEN When the 16th century Bottom brothers - aspiring playwrights living in the shadow of William Shakespeare - find out from a soothsayer that the future of theatre will see acting being combined with singing and dancing, they set about the task of writing the world’s first ever musical...
Sean Foley has had a far from ideal first few months in his new role as artistic director of the Birmingham Rep, so he’ll be crossing his fingers, along with the rest of theatreland, that 2021 will bring with it a return to normality. Assuming it does, Sean will no doubt relish getting his teeth into this hit musical comedy, an offering described by New York Magazine as "The Producers meets Spamalot meets The Book Of Mormon... squared.”

WAITRESS Smash-hit Broadway and West End musical Waitress makes three Midlands stop-offs next year as part of its first ever UK tour.
Based on the 2007 movie, Waitress tells the story of Jenna, an expert pie maker in a small town who dreams of a way out of her loveless marriage. A baking contest in a nearby county and the town’s new doctor may provide her with the chance of a new life, while her fellow waitresses offer their own recipes for happiness...
The show is being brought to life by a groundbreaking female-led creative team. 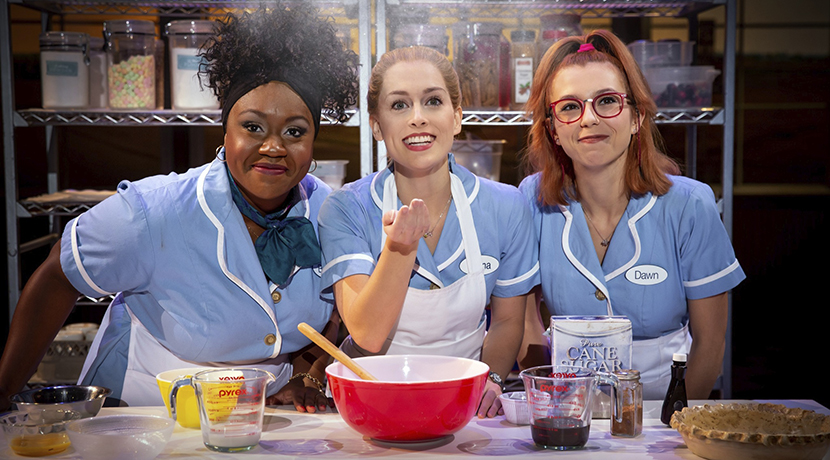 WE WILL ROCK YOU A pulsating Ben Elton-written homage to the music of Queen, We Will Rock You may be short on storyline, but it’s got bags of energy - and just about as brilliant a soundtrack as any musical’s ever likely to boast.
The show’s frontline performers give it their all to excellent effect, while the sets and choreography ensure a visual spectacle to remember. For those who care about the wafer-thin plot, the story is set in a future where originality has been quashed, musical instruments banned, and a hero is needed to bring back rock music...
Yes, it’s all a bit contrived, but how else are you going to glue together all of Queen’s greatest hits in a single show?
A fantastic evening's entertainment for fans of Freddie & Co, so catch it when you can...