Victoria & Albert: Our Lives in Watercolour at gallery 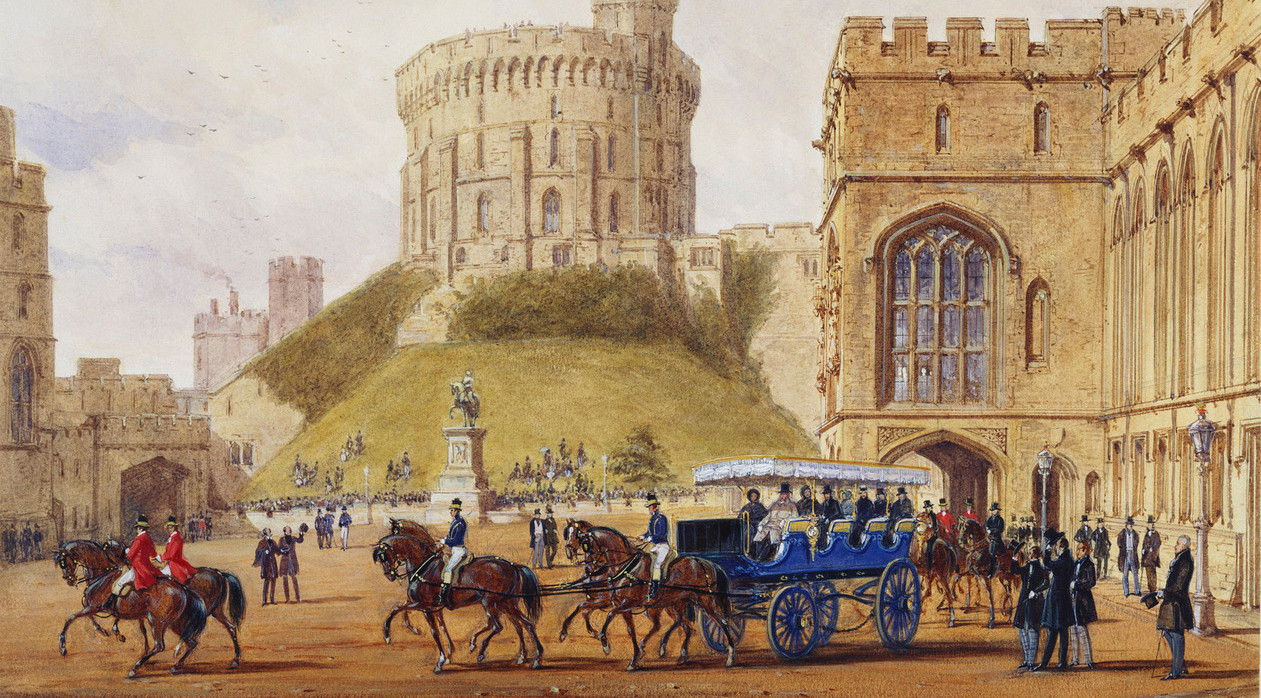 Treasured watercolours collected by Queen Victoria and Prince Albert are set to travel to Wolverhampton Art Gallery next month.

To mark the bicentenary of the births of both Queen Victoria and Prince Albert in 2019, this touring exhibition from the Royal Collection will explore the royal couple’s collecting of watercolours as a record of their public and private lives together.

Visitors can see over 70 works from Victoria and Albert’s collection, several of which will be on display for the first time as part of this exhibition tour. Wolverhampton Art Gallery will be the final gallery to host the exhibition.

The royal couple were enthusiastic patrons and amateur practitioners of watercolour paintings, and spent many happy evenings together organising their pictures into albums. Following Albert’s death in 1861, the albums took on even greater significance to the widowed Victoria, functioning as mementos of the time they spent together and treasured records of significant moments in their lives.

The works on display document both the public and private aspects of the lives of the royal couple, capturing family events including the christenings and birthdays of the royal children, the ceremonies and spectacles of the royal court, the roles played by the Queen and Prince Albert in international diplomacy and their travels around the kingdom. The collection also includes works painted by Queen Victoria, herself a talented amateur artist, including images of her pets and children.

Victoria and Albert commissioned works by a number of important watercolourists including Franz Xaver Winterhalter (1805–1873) and Eugenio Agneni (1816–1879), who depicted the royal children on many occasions, such as Agneni’s depiction of the children’s costume ball held at Buckingham Palace in 1859 to celebrate the birthday of Prince Leopold, their youngest son.

There are depictions of the frequent travels the couple made around the British Isles and France, including a painting of their visit to Guernsey in 1846, painted by Paul Jacob Naftel (1817–1891) who later reportedly received a letter telling him that Victoria was very pleased with his watercolour. In 1843 they visited the Château d’Eu in Normandy at the invitation of the French King Louis-Philippe, who later presented Victoria with an album of watercolours, capturing private interactions between the two royal families alongside the pomp and spectacle of the visit. The Queen in turn commissioned watercolours of Louis-Philippe’s reciprocal visit to England in 1844. A scene by Joseph Nash (1809–1878) shows the monarchs departing from Windsor Castle for a carriage drive, while a watercolour by Louis Haghe (1806–1885) depicts the Queen investing Louis-Philippe with the Order of the Garter.

Victoria and Albert’s desire to document events of public magnitude is perhaps best illustrated by the series of watercolours they commissioned depicting the Great Exhibition of 1851. Albert was a leading figure in the event’s organisation, and he and Victoria were keen to capture the temporary spectacle in a permanent visual record. The resulting works serve to emphasise the variety of exhibits on display in the Crystal Palace.

Alongside records of such proud achievements are watercolours depicting the more challenging periods of Victoria’s reign, including the conflict in the Crimea between 1854 and 1856. Victoria and Albert followed the war closely and felt an abiding concern for the welfare of the soldiers, which was reflected in their collecting of almost 40 watercolours relating to Crimean subjects. These included a depiction by George Housman Thomas (1824–1868) of a battalion of soldiers parading across the forecourt of Buckingham Palace before they embarked for the Black Sea in 1854.

Councillor Harman Banger, City of Wolverhampton Council Cabinet Member for City Economy, said: “There is a strong connection with Queen Victoria and Prince Albert in the city. The Queen’s visit to Wolverhampton in 1866 was her first public engagement in six years following Prince Albert’s death, and to commemorate that visit, High Green was renamed Queen Square, and Cock Street was renamed Victoria Street.

“These watercolours, some of which are being seen for the first time, will really showcase work by many talented artists, and explore the lives of a family that was united.

“Throughout the exhibition there are a number of activities that visitors can get involved with and I urge everyone to go along and visit the exhibition.”

The colourful, dynamic watercolours collected by Victoria and Albert illuminate aspects of both Victoria's reign and the royal couple's passions. They capture the pomp and spectacle of the British court, foreign travel and diplomacy, the exploration and shaping of a modern nation, and the close-knit family at the heart of it all.

The exhibition is accompanied by a display of documents and images from the Wolverhampton City Archives relating to Victoria’s visit to Wolverhampton on Friday, November 30, 1866, during which the emotional Queen unveiled the equestrian statue in memory of Prince Albert which stands to this day in Queen Square, affectionately known as ‘the man on the horse’. The statue was commissioned by Wolverhampton’s Mayor George Underhill, and the unveiling was the Queen’s first public engagement since Albert’s death.

The accompanying publication to the exhibition, Victoria & Albert: Our Lives in Watercolour, is published by Royal Collection Trust, available to buy at the Art Gallery, priced at £19.50.