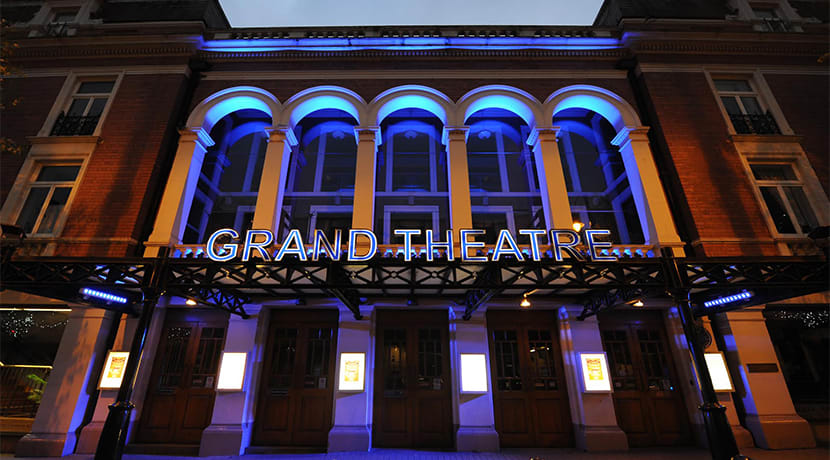 The Grand Theatre has been the ‘jewel’ in Wolverhampton’s Crown since December 1894 and last year celebrated its 125th Anniversary.

It’s stood through two World Wars and has played host to a number of celebrity faces such as Marlene Dietrich, Sean Connery and Ian McKellen. During that time, the theatre has only been closed for a period in the 80’s, but reopened shortly after with help from the ‘Friends of the Grand’. The COVID-19 pandemic meant that on March 23 2020 the Grand Theatre had to temporarily close its doors to patrons.

Two members of the Front of House team have decided to independently raise funds for the theatre in a bid to help secure its future in the city. Brooke Crimmins, who trains with a leading West End school, has taken to social media to do a ‘100 Day Show Tune Sing Song’. Songs range from the golden age of musical theatre, to more contemporary show tunes. People are encouraged to donate what they can through the Just Giving link and to share her videos.

Brooke said “Since around the age of five, I have been going to the Grand Theatre with my family. I even graduated there in September 2019 after studying Musical Theatre at the University of Wolverhampton. The Grand is where I realised I wanted to be a performer, inspiring me to train with a leading West End training school. I’m so grateful to the Grand Theatre for the opportunities I have been given and for expanding my knowledge of the industry. By doing this fundraiser, I hope to help the theatre continue to ignite a passion for the arts in future generations”.

Harry Gill, who also works Front of House at the Grand, has organised a variety show which will be streamed on YouTube. ‘Le Grande’, which features a variety of performers including some from the West End, will stream on Friday 8thMay at 6.30pm. A minimum donation of £5 will give you access to the link to watch the show.

Harry said “Theatre to me is everything. I see the Grand as my second family, so helping my favourite theatre when I have the chance to is a no brainer”.

Adrian Jackson, Chief Executive and Artistic Director of the Grand Theatre said “This is a challenging time for everyone, however, it is reassuring to see the positive stories coming out during this crisis. I'm very humbled with the attitude and commitment of our theatre staff, and whilst they cannot be here to work, they are still doing what they can to raise money for this wonderful venue and help secure its future".

Harry is asking for a minimum £5 donation which will give you access to the YouTube link to watch the variety show.