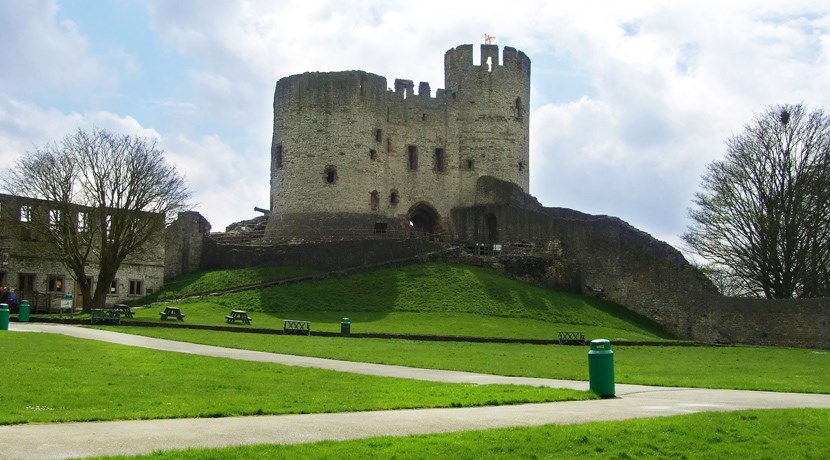 During the year the castle hosts numerous ‘living history’ weekends, medieval re-enactments and archery demonstrations in the Courtyard.

Dudley Castle is a ruined fortification in the town of Dudley, West Midlands. Originally a wooden motte and bailey castle built soon after the Norman Conquest, it was rebuilt as a stone fortification during the twelfth century but subsequently demolished on the orders of King Henry II. Rebuilding of the castle took place from the second half of the thirteenth century and culminated in the construction of a range of buildings within the fortifications by John Dudley. The fortifications were sleighted by order of Parliament during the English Civil War and the residential buildings destroyed by fire in 1750. In the nineteenth and early twentieth century the site was used for fêtes and pageants. Today Dudley Zoo is located in its grounds.

The location, Castle Hill, is an outcrop of Wenlock Group limestone that was extensively quarried during the Industrial Revolution, and which now along with Wren's Nest Hill is a Scheduled Ancient Monument as the best surviving remains of the limestone industry in Dudley. It is also a Grade I listed building. The Dudley Tunnel runs beneath Castle Hill, but not the castle itself.