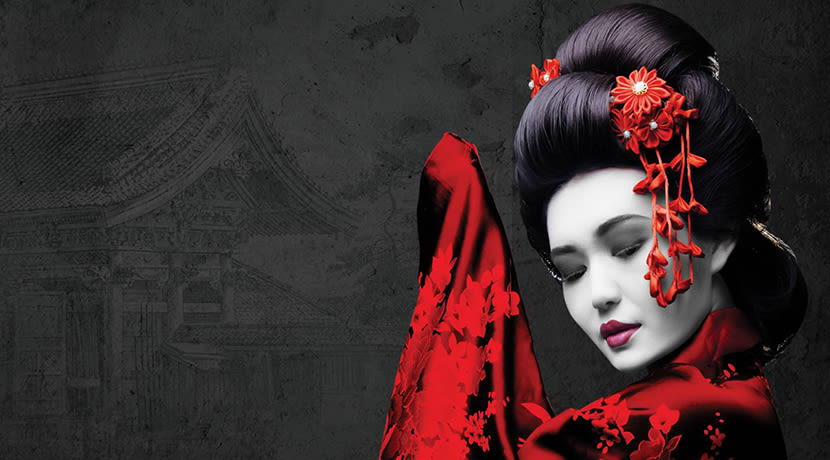 Set in Japan at the turn of the last century, it is the story of a doomed love affair between an American naval officer and his young Japanese bride whose self-sacrifice and defiance of her family leads to tragedy.

Though infinitely sad and tragic, the compelling tale of Madama Butterfly remained Puccini’s favourite opera – his supreme theatrical achievements also gave the world its most sublime and beautiful arias in history – One Fine Dayand Love Duet, as well as the Humming Chorus which has been popular with opera-goers for over a century.

For lovers of high culture, or for those who just want to experience something different and exciting on a cold winter night, an Ellen Kent opera production is a treat which can guarantee satisfaction and delight.  The award winning producer has been in the business of staging opera and ballet for twenty seven years and her dedication to excellence and innovation is second to none.  Opera by Ellen Kent is always a spectacle, both visually and musically.  It is a feast for the eyes, an emotional upheaval and a breath-taking celebration of the genre at play.  I probably saw my first opera produced by Ellen more than years ago and I have followed her work ever since.   Madama Butterfly, in particular, is a show which Kent has produced numerous times yet it remains as popular as ever with theatre goers returning to savour the emotion of the narrative.  Last night’s performance, a one night production at The Regent of the classic tale of love, devotion and tragedy, was as moving and dramatic as ever.

The story of Butterfly is an exotic one, centred on the world of the Geisha of Japan although ultimately, it is a love story which transfers to all cultures in the simplicity and emotion of the characters involved.  Cio-Cio San, the real name of Madama Butterfly, played exquisitely by Soprano Alyona Kistenyova, is a beautiful fifteen year old Geisha who falls hopelessly in love with a visiting Lieutenant in the United States Navy.  B.F. Pinkerton by name, and sadly, somewhat of a cad by nature.  Tenor Vitalii Liskovetskyi did the role proud.  Pinkerton is a man with power and prestige yet he is also a man with feelings, and Liskovetskyi was convincing in character and sublime in voice.  As a young bride, Butterfly is hopelessly devoted to this man and yearns to have a long and happy life with him when he returns to the island from his travels on his American ship.  Pinkerton, on the other hand, has not taken his vows seriously, to the extent that he marries someone else in his three years of absence and that turn of events ultimately leads to devastating consequences.  Kistenyova plays Butterfly with intense and tangible emotion as she remains loyal to her love and to the son she has given birth to in the hope that with Pinkerton, they will be a perfect family one day.

Supported by her maid servant Suzuki, passionately and emotively played by Myroslava Shvakh-Pekar, Butterfly waits in vain for her life to become happy again.  The resultant consequences when Pinkerton returns are far more devastating than even the loyal Suzuki could predict.  Other stand out performers on this tour include the Baritone Iurie Gisca who plays the US consul at Nagasaki with sensitivity and authority and Ruslan Pacatovici, who plays Goro, a matchmaker with beautiful comic timing and an authentic presence.  Little Harriot Arrowsmith is also adorable as the tragic Sorrow.

Having seen Madam Butterfly several times over the years it still brings tears to my eyes with the intensity and beauty of the production as a whole.  Puccini was a superb theatrical practitioner of opera.  Previous works including La Boheme and Tosca had fine-tuned his craft and when writing Madam Butterfly at the very beginning of the 20th Century, he was ready to challenge himself with a theme which involved the juxtaposition of Oriental and Western values and a musical score both haunting and yet creatively evocative of that East/West fusion.  Conductor Nicolae Dohotaru and his orchestra were outstanding last night at The Regent and the chorus just sublime.

The magic of Madama Butterfly is also to a large extent a result of the exotically lavish set which depicts the beauty of Japan with artefacts such as the Oriental tea house, the stunning cherry blossom, weeping willows and the symbolic chrysanthemums as well as the beauty of the Geisha costumes and ceremonial customs.  Visually, Madama Butterfly is a joy.  In fact, on every level, it is an opera of the highest quality.