The REP becomes the first UK theatre to provide 9,000 meals for children in poverty 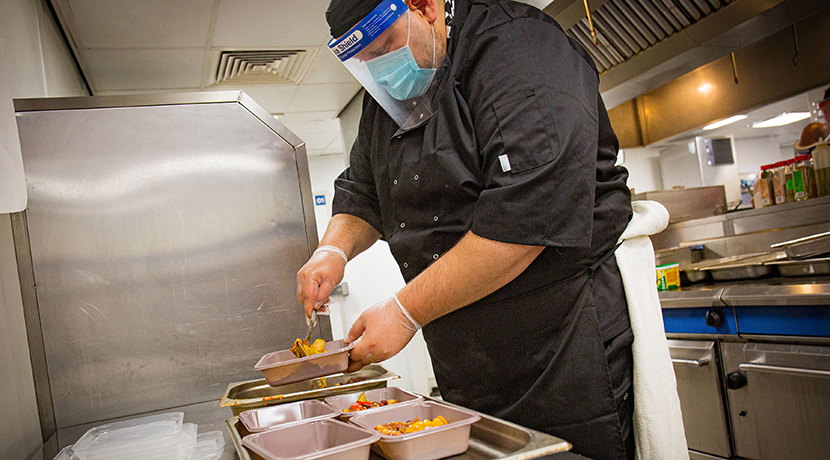 Birmingham Repertory Theatre has become the first theatre in the UK to partner with national food solution organisation, Open Kitchens, providing 1,500 nutritional meals per week for children in poverty across the city over an initial 6 week period, totalling over 9,000 freshly prepared meals.

The REP, and its popular restaurant Marmalade, remain temporarily closed due to the ongoing restrictions as a result of COVID-19. However, recent Government advice that allows theatres to open their doors on the condition of no live performances has enabled the venue to gain access to its kitchens once again.

The theatre will receive 1 tonne of surplus food each week from across the food industry including supermarkets, manufacturers and the hospitality sector. Meals will be prepared in The REP’s kitchens by volunteers from the theatre’s bar and restaurant team lead by Head Chef Dario Pinho, Sous Chef Marc Scott-Smith and Chef de Partie Matt Smith, working 3 days per week over an initial 6-week period. Meals will then be distributed free of charge by Open Kitchens partner organisation Fareshare, the UK’s national network of charitable food redistributors. The food will be chilled for transportation and, once delivered, can be heated up easily in a microwave or oven.

Adam Roberts, Founder and CEO of Open Kitchens commented; “We are delighted that The REP is the first theatre in the UK to join Open Kitchens at a time when, according to End Child Poverty (2019), Birmingham has one of the highest percentages of children in the Midlands living in poverty after housing costs, amounting to over 130,000 vulnerable children.”

Jules Raikes, Catering Director at The REP added; “It’s fantastic to be able to open up our kitchens for such a worthy cause during a time when a lot of families will be struggling financially. Thousands of children in the city have been schooled at home during the pandemic, which also means for some that they have been missing out on vital access to free school dinners. Thanks to our partnership with Open Kitchens and our incredible team of REP volunteers, we are now preparing meals from food that would otherwise go to waste, providing vulnerable children with a regular free nutritional meal during these unprecedented times.”

It is estimated that 8.4 million people in the UK, or the equivalent to the entire population of London, are currently struggling to afford to eat. 2 million tonnes of food is wasted by the food industry in the UK annually with 250,000 tonnes of the food that goes to waste each year still being edible, totalling a potential 650 million meals.

Open Kitchens brings together organisations who volunteer to work for free to cook meals for those in need in their community. Funded by community donations, pledging restaurants work to a budget of £1.85 per meal to cover costs with Open Kitchens contributing to energy usage. The project has been made possible thanks to generous donations direct to Open Kitchens.

The REP’s team of volunteers will be working to strict government guidelines. PPE will be issued, and strict social distancing will be in place. Temperature checks and steam cleaning will be carried out on a regular basis and staff will be working in bubbles to ensure safety and to allow work to continue should someone become ill.

For further information about Open Kitchens go to openkitchens.co.uk