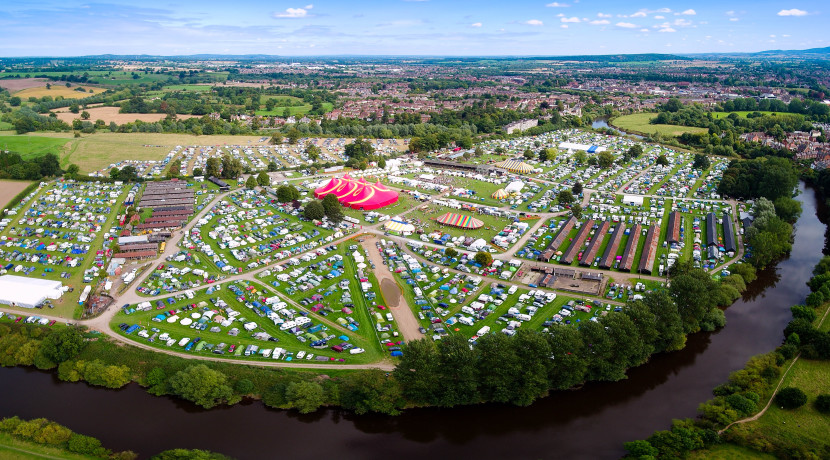 Shrewsbury Folk Festival has announced the programme for its two-day virtual event, which will take place over the August bank holiday weekend.

Visitors will be able to enjoy music, workshops and dance for free on Saturday 29 & Sunday 30 August, with organisers urging people to support its fundraising campaign in return. The festival has pledged to donate 10% of everything raised to its charity partner, Hope House.

Exclusive concerts will include performances from Seth Lakeman, Seckou Keita, Steve Knightley, Chris While and Julie Matthews, plus a performance from shanty band The Longest Johns.

Dance will include a live ceilidh with music from John Spiers And Friends, a specially recorded morris party, dance displays and a dance show. Workshops for all ages include American and English clogging, flamenco, body percussion, singing, yoga and ukulele, as well as the festival’s popular Tuneworks sessions for different abilities of musician. A curated children’s festival features a wealth of crafts, music workshops and storytelling, as well as lullabies with Jackie Oakes and a Makaton concert.

The festival is inviting people to join its virtual Big Band, with the chance to appear in a special performance led by John Spiers (Bellowhead/Spiers & Boden/Peter Knight’s Gigspanner) that will be premiered during the weekend.

Festival director Sandra Surtees said: “We're delighted with the line-up for the festival, and there really is something for everyone to get involved, whatever their interests.

“Our regular festival-goers will be making a weekend of it and hosting their own mini festivals at home, but it’s also a great opportunity for anyone who wants to know more about our amazing festival to get a taste of what it’s like.

“There’s a mix of scheduled events and live workshops, with other content that’s been specially recorded available all the time so people can make a festival to suit their own interests.

“We were desperately sad when we postponed this year’s festival, knowing that Hope House would miss out on the thousands we raise every year for its music therapy service, so we would urge people to donate if they enjoy the superb programme we’ve put together with Virtually Shrewsbury Folk Festival. We know times are tough, but anything people can give will be gratefully received by us and Hope House.”

The full programme is available HERE. Donations can be made HERE