Wildlife Photographer Of The Year comes to the Midlands 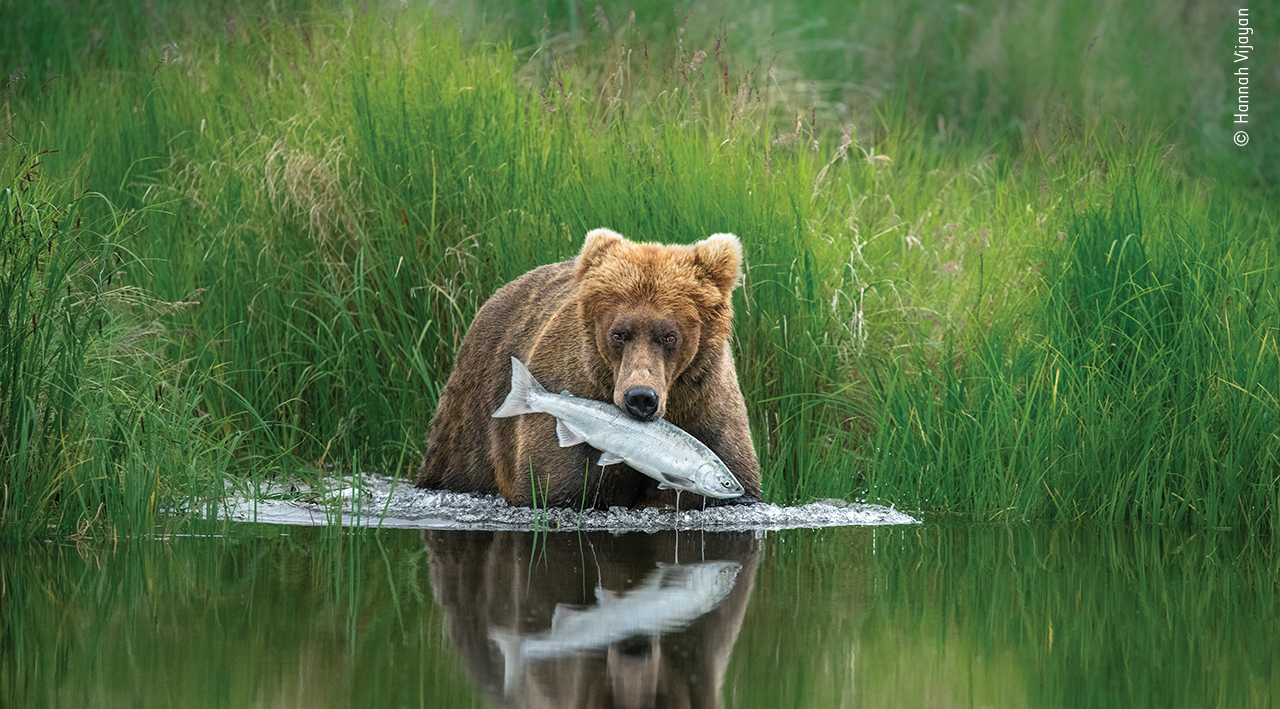 A prestigious exhibition highlighting the breathtaking beauty of the natural world arrives in the Midlands this autumn. The 56th Wildlife Photographer Of The Year explores the world’s richest habitats and offers an insight into the behaviour of a plethora of earth’s creatures. Chosen by an international panel of experts, each image tells a fascinating story about the photographer’s connection with the natural world.

This year’s Wildlife Photographer Of The Year competition attracted more than 50,000 entries - with professional and amateur snappers all vying for the sought-after title.

"This competition has an outstanding reputation in attracting the world's very best photographers, naturalists and young photographers. But there has never been a more vital time for audiences all over the world to re-engage with the natural world - and what better way than this inspiring and provocative exhibition " - Dr Tim Littlewood, Executive Director of Science at the Natural History Museum

Winning images are chosen for their creativity, originality and technical excellence - like the image above, which is the work of Hannah Vijayan from Canada, who was highly commended in the 15 to 17-year-old category.

Titled The Perfect Catch, Hannah’s image shows a brown bear pulling a sockeye salmon from the shallows of a river in Alaska’s Katmai National Park, where tourists gather to observe a concentration of bears catching salmon leaping up the falls. Hannah chose to capture a quieter scene and different style of fishing, with the large female Alaskan brown bear choosing to immerse her head under water to look for her prey. Her reward is a nutrient-rich sockeye still in its ocean form - before it has developed its reproductive red colour and pronounced jaws.

An image sure to give arachnophobics the shivers is Jaime Culebra’s The Spider’s Supper.

The detailed photograph is highly commended in the Behaviour: Invertebrates section of the competition.

The image shows a large wandering spider pierce the egg of a giant glass frog with digestive juices before sucking its liquefied prey. It is one of 11 known species of wandering spider, which are thought to be key predators of these small, often translucent amphibians.

The spiders shelter in rainforest plants during the day and hunt at night, usually by ambushing prey that ventures close enough.

Jaime set up his shot to capture the precise moment the female spider grasped the thin jelly coating between her fangs, steadying the egg with her long, hairy palps. One by one, over more than an hour, she slowly devoured all the eggs.

UK photographer Matthew Maran’s The Rat Game shows a young fox holding on tight to her trophy of a dead brown rat. Matthew spent four years photographing the foxes that live on a North London allotment. This image - highly commended in the Behaviour: Mammals section of the competition - was taken on an August evening as Matthew lay watching the youngsters at play. As one of them exploded out of the bushes with a dead rat in its mouth, the other three then began squabbling over it and a tug-of-war developed. When one got the prize, it would repeatedly toss it into the air and catch it.

Reflecting the talent of young UK photographer Evie Eastbrook, Paired Up Puffins is highly commended in the 11 to 14-year-old category. Evie’s image shows a pair of Atlantic puffins, in vibrant breeding plumage, pausing near their nest burrow on the Farne Islands. Every spring, these small islands off Northumberland attract more than 100,000 breeding pairs of seabirds. While guillemots, razorbills, kittiwakes and fulmars crowd onto the cliffs, puffins nest in burrows on the grassy slopes above.
Evie concentrated on this pair, aiming for a characterful portrait.

Peeking Possums, by Australian photographer Gary Meredith, sees two common bushtail possums - a mother and her joey - peeking out of their hiding place under the roof of a shower block in a holiday park in Yallingup, Western Australia. Gary had been eyeing up his subject all week. They popped up at sunset and kept an eye on campers until dark, before squeezing through the gap and heading to a peppermint tree where they would feed on its leaves. Ranked in the Urban Wildlife section, Gary’s photograph captures the possums’ vulnerability and resourcefulness.

Amazon Burning by UK photographer Charlie Hamilton James is highly commended in the Wildlife Photojournalism: Single Image category.
Charlie has been covering deforestation in the Amazon for the past decade, and this image captures a fire burning out of control in Maranhão state, northeastern Brazil.
The image highlights a single tree which remains standing, almost in defiance. The fire would have been started deliberately, to clear a logged area of secondary forest for agriculture or cattle farming.

Tomohon Market in northern Sulawesi, Indonesia, is the subject of A Risky Business, by French photographer Quentin Martinez.
Another highly commended in the Wildlife Photojournalism: Single Image category, A Risky Business shows a market trader slicing up fruit bats while surrounded by his other wildlife wares: pythons to his right, and bamboo-skewered ‘bush’ rats beneath them. Quentin was struck by the juxtaposition of contrasting economies: the name-brand clothes of the stallholders and the wild-animal body parts.

Italian photographer Andrea Pozzi hiked for hours to capture this image of the Araucanía region of Chile - named after its Araucaria trees. Taken from a ridge overlooking the forest after sunset, The Forest Born Of Fire  emphasises the vista’s rich colours.
The trunks gleam like pins scattered on the landscape, and the image is framed to create the feeling that the whole world is clothed in this strange forest fabric.
Andrea had been enchanted by this sight a year previously and had timed his return to capture it.

Wildlife Photographer Of The Year shows at The Gas Hall, Birmingham Museum & Art Gallery, from Saturday 17 October until Sunday 7 February. Tickets are £7.50 for adults and £3 for children & students, with under-threes going free.