Q&A with the composer & librettist of Entanglement: An Entropic Tale 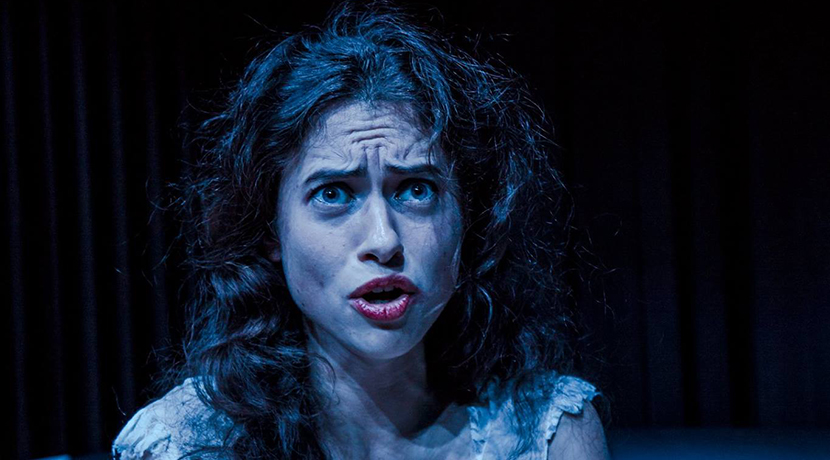 It takes the mysteries of our universe (and many others) as its theme and charts the impossible love story of an electron and a positron.  We caught up with its composer Daniel Blanco Albert and librettist and physics graduate Roxanne Korda, who also double as the opera’s producers, to find out more.

How would you describe Entanglement?
(R&D) This opera can be described as the Romeo and Juliet of particle physics. It is about life and death, creation and destruction, and the importance of living life in the present. The music is extremely melodic and expressive, even though it is also very modern. As an opera it is also immensely dramatic and exciting. Not only will you be wowed with sound and story, but there is a visual feast for the audience. Everything is very operatic.

What is Entanglement about and what was your inspiration?
(R) Entanglement is a story based on concepts from physics and fundamental particles. The main characters are either particles living in a quantum world or the laws that govern our universe. The story is similar to Greek mythology telling the trials of mortals amongst the gods. The main story tells the pain of an Electron and Positron who are deeply connected and in love, however touching would mean annihilation for them. They spend the opera searching for identity and meaning as they struggle with their quantum states, living in endless possibilities. At the same time they witness the end of the universe, guided by the nihilistic and reckless Baron Entropy. My inspirations for this story were works such as The Complete Cosmocomics (Italo Calvino), Alice In Wonderland (Lewis Carroll) and Waiting for Godot (Samuel Beckett).

What do you think Dr Stephen Hawking would have had to say about it?!
(D) Actually the idea was to send him a copy of the script and the score - and even invite him to the show-! We are sure he would have really liked it!

We pay him homage through the whole piece. For instance, the 2nd Act takes place inside a black hole, where Electron meets different versions of itself from parallel universes. Later, Electron is able to escape from the event horizon by Hawking Radiation (probably his most important contribution to Physics by joining in together the theories of Quantum Mechanics and General Relativity).

We also pay tribute to other relevant contemporary physicists like Kip Thorne as we present a Gravitational Wave in the 3rd Act. One of the aims of this production was to be very connected to XXI century Physics.

Roxanne, I gather you’re a physics graduate?  How on earth did you find yourself writing a libretto for an opera?
(R) I actually studied physics and philosophy at King’s College London for my BSc. I am now in my final year of an MMus, studying vocal performance, at the Royal Birmingham Conservatoire. I love writing: during my Bachelor I wrote a biography of Rosalind Franklin, focusing on how sexism may have affected the development of her work. I wrote this libretto in order to disseminate the theories of physics that I love to think about so much, and help people feel connected to them in a way that is very approachable. I hope that this story will inspire the imagination of the audience to learn more about the universe and how we as humans perceive the world around us.

(D) She won’t say it loudly but her work raising awareness on women in Physics and Opera (both traditionally male dominated fields) is to be admired. Her work is not really common and it is one of the most important features of this production.

Daniel, you’ve composed the music and are also the co-producer.  What’s your background?
(D) For the last two to three years I have ben very connected to the theatrical world, working intensively with the Birmingham School of Acting (now Royal Birmingham Conservatoire Acting) and other external partners on over 20 productions. My interest initially came from discovering a theatrical background in my family as my father in his youth toured Spain with a theatre troupe workshopping pieces in little villages. With Infinite Opera, we would love to do something similar, and that is why we also do outreach work showing the wonders of science and opera.

Can you tell us a little about the set and your collaborations with students from Birmingham City University’s School of Architecture.
(D)  For this opera, we have been really lucky to collaborate with students from the Interior Architecture course, led by Maria José Martínez. They have been developing and designing parts of the stage, especially the inflatable structures that are a very important part of the production. We worked with them for a couple of weeks and they showed us a completely new perspective - through a designer’s mind - of the music, and that has been very helpful for the whole team.

Entanglement: An Entropic Tale is at The Lab, Royal Birmingham Conservatoire on Thursday 26 & Friday 27 April (7pm).

Tickets and further details from bcu.ac.uk/concerts