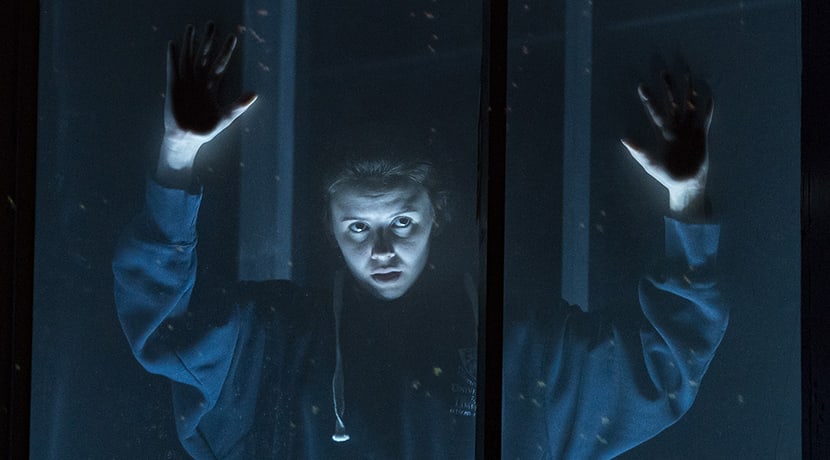 The subject of sexual consent takes centre stage at Birmingham Repertory Theatre when an acclaimed stage adaptation of Louise O'Neill's devastating novel, Asking For It, receives its UK premiere this month. A young woman’s life is left in tatters as 21st century morals and the traditions of a small, fictional town in County Cork collide...

The critically acclaimed stage adaptation of Irish author Louise O'Neill’s novel, Asking For It, makes its UK debut in Birmingham this month. And it’s set to cause quite a stir too, focusing, as it does, on the experience of sexual-assault victim Emma O’Donovan, its fictional main character.

“Emma is a very confident, beautiful, popular, ambitious young woman,” explains author Louise. “She really has the world at her feet, but she can definitely veer from being devastatingly vulnerable to monstrously selfish. A lot of the reasons why I wanted to explore the less pleasant aspects of her personality is that I think it’s really important that we dismantle this myth of the perfect victim. People seem to have a finite amount of sympathy for survivors of sexual violence, and it’s as if you have to meet this strict set of criteria: you can’t have been drinking or wearing a short skirt, and if you’ve had any sexual history with your attacker previously, then that will be held against you. I wanted to emphasise that people we dislike who are sexually assaulted are just as deserving of our support.”

So what prompted Louise to write such a provocative novel, particularly for a ‘young adult’ target audience?

“There was a case in America called the Steubenville High School rape case. It was in a small town where the local school’s football team were treated like gods. At a party, a young woman drank a lot, passed out and was then sexually assaulted by multiple members of the team. Photos and videos were taken and circulated on social media. I was struck by the story, and what I found most disturbing was when a CNN reporter said, and I’m paraphrasing, how sad it was to see a day in court where these promising young men were having their futures taken away from them. She didn’t mention the victim at all! It was then that I really understood the term ‘rape culture’. We are still part of a culture that will do anything it can to normalise sexual violence in some degrees because of its prevalence. I was so angry about that, and I usually end up writing to process my emotions.”

Louise also drew on her own experiences of living in a small town in Ireland: “I wanted to translate this topic into an Irish context because I grew up in a small town there, and I wanted to reflect that sense of claustrophobia and lack of anonymity in a place where everyone knows everyone. It felt important to write a story like this primarily targeted at a young-adult audience because so many of the young people who read the book need to hear about stories like this; to have some form of facilitating difficult conversations. Art really is the perfect tool to do that. It’s essential to raise awareness of consent, sexual violence, rape culture and victim blaming in this age group.”

Louise’s main focus was to make sure that Emma’s story felt as real as possible: “Firstly, I’ve been sexually assaulted myself, so I used a lot of my own experiences and ways I processed the feelings of depression, numbness and disassociation to create this novel. Also, I worked closely with the sexual violence centre in my hometown of Cork to speak to survivors. I read memoirs and first-person fictional narratives, watched documentaries and really just fully researched anything I could get my hands on. I even spoke to a barrister. I wanted to make sure that I could not only make Emma’s experiences as authentic as possible, but that all the other parts of the story rang as true as they possibly could as well.

“I was nervous when it went to be published because there are so many myths out there about both the perpetrators and survivors of sexual violence. I was very aware that I could put something out in the world that could perpetuate those misconceptions and actually cause even more harm if I didn’t do it right. I’m incredibly proud of the book and its message, which is why I was so excited by the prospect of a stage adaptation. The prospect of this message getting as far and wide as possible is incredible. Sexual violence is such an epidemic in our culture, an important and devastating issue that needs to be addressed and eradicated, and we’re not going to do that unless we face the issue head-on.”

It was Landmark Productions and The Everyman in Cork that approached Louise about the prospect of adapting her novel for the stage.

“Having had a conversation with them, I really felt that they understood what I was trying to get at in the book. It felt like I had passed the baton on with the play. Even when writing Asking For It, I quickly realised that I didn’t feel the same kind of ownership over it as I did with other works because it doesn’t feel like my story. It feels like something for everyone. I was away when the previews of the play happened, and I started getting phone calls and messages gushing about how amazing the play was. And on the opening night, I wasn’t disappointed. I was so blown away by the production values, the incredible set and the talented young cast. It felt so vibrant, alive and exciting.

“Seeing the impact on the audience felt like such a powerful, collective experience. People were openly weeping by the end, which felt like both a grieving process and a catharsis - like breaking a fever. It’s an extraordinary piece of work, and I feel so humbled by what the play has achieved. I always think about what kinds of conversations and stories have been, and will continue to be, shared between people who’ve gone to see Asking For It together - that’s vital. It broke the box office records at The Everyman in Cork and it was great to know that people who wouldn’t usually go to the theatre were going to see the play.”

Asking For It has also found its way into schools: “A programme was devised where staff went in to discuss the play, the pupils then saw it and had further discussions. The reports that came back were genuinely remarkable. At one girls’ school, they were engaging in a lot of victim blaming, and then they were able to display a great deal of empathy for Emma. Another school banded together to write a letter to their Principle asking for better sex education surrounding consent. Then some boys at another school had some very upsetting, misogynistic views surrounding female victims of sexual violence. After seeing the play, they were able to have a very frank conversation about their own vulnerabilities and the pressure they felt to conform to ideals of masculinity. That’s why people create art: it forces a sense of empathy by making you live in another person’s shoes and understand their motives. To think that Asking For It could shift attitudes is very overwhelming.”

Asking For It makes its UK debut at Birmingham Repertory Theatre on Wednesday 29 January, continuing its run at the venue until Saturday 15 February.