Carlos Acosta talks about taking over as Director of Birmingham Royal Ballet... 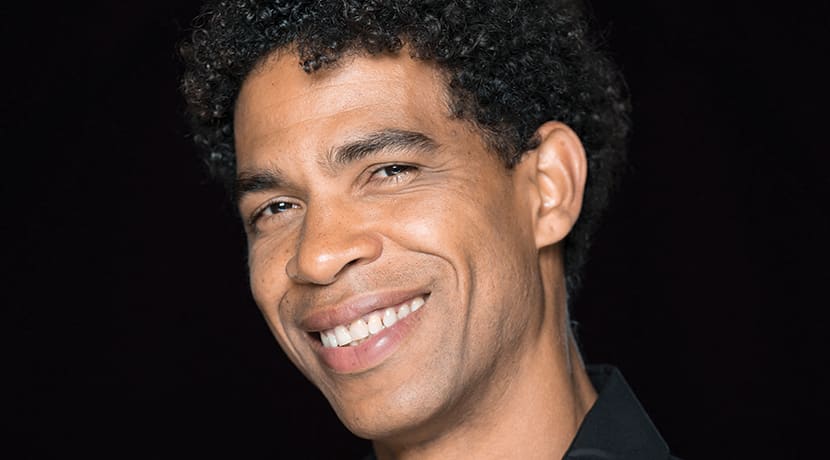 Carlos Acosta is one of the world’s most iconic ballet dancers. As well as working with both the Cuban and English national ballets, he was also a permanent member of the Royal Ballet, based at London’s Royal Opera House, for 17 years.

The youngest son of a truck driver and a housewife, and raised in the slums of Havana, he represents an array of different cultures, all of which have heavily influenced both his life and his career.

And just as these influences came into play during Carlos’ time as a dancer, so too will they impact as he takes on the challenges of a brand new role... the 46-year-old was recently appointed Director of Birmingham Royal Ballet, replacing the long-serving David Bintley.

“The artist is a storyteller, always recollecting experiences,” says Carlos, “and that’s no different whether you’re a dancer or a painter. I’m a human being with a past, and I’ll bring all of that to the stage because everyone has different experiences of each emotion. I might have a distinctive interpretation of love, for example. My roots are very eclectic too, containing many different cultures from opposite sides of the globe: African, French, Chinese, Cuban. I feel like being from Cuba meant I was always in constant dialogue with the sun, and I think people there walk almost with a dancing step because of it. It’s certainly a very colourful place! I think I bring the Cuban joy and happiness to the stage. I’ve also been very passionate and fearless in everything I do. For me, dancing was almost a way to survive because of my background; my life certainly could’ve gone a very different way. Dance became my refuge, my shelter and my best friend. That’s what motivated me to go for this job with Birmingham Royal Ballet. I’ve always been one for breaking things and re-forming them into something new. I don’t play it safe!”

Despite being classically trained himself, Carlos’ company, Acosta Danza, has focused on a more contemporary style of dance.

“My name was mentioned for the Director post at Birmingham Royal Ballet and I was approached to interview for it. I thought it was crazy because I was already really, really busy. But I spoke to my wife and she encouraged me to go for it. She saw that this was an opportunity to take what I’d already achieved to a different level and to go back to my roots as a ballet dancer. Since I retired from the Royal Ballet, I’ve been dancing more contemporary roles with Acosta Danza. After doing that, it’s lovely to give back what I know about classical dance. I’ve been blessed by dancing with so many companies from around the world, and I really want to pass on that knowledge and passion so that it doesn’t die with me. This is a noble opportunity for me to dance through others and positively affect both the individual dancers and the company as a whole.

“I want to present the Birmingham Royal Ballet brand as fresh, energetic and new. I want to do new things, be unpredictable and connect more with the mainstream ideas of dance and culture, whilst also preserving and performing the classics like Swan Lake at the highest possible level. I want the company to really tell the city’s stories and to open up to its community more. I’m happy to do anything that’s crazy!

“I also want Birmingham Royal Ballet to work with the very best creatives, institutions and companies from across the world, not only so that we can improve by comparing ourselves to them, but also so that they can act as ambassadors for us, going out and spreading the word that Birmingham is a leader in dance and the arts. We have all the elements in Birmingham to become a world leader, so that others look to us for inspiration. We just need to find a way of bringing it all together.

“I want Birmingham to have its own voice, rather than just riding the same vehicles that everyone else has for years. I hope for an entirely new ballet - new composition, choreography and story - to come from Birmingham Royal Ballet.

“Touring the UK is also fantastic and important, to get Birmingham’s voice out there. I want us to continue to do that, but I want to do more in the Royal Opera House and abroad. We need to create a legacy.”

So what excites Carlos about Birmingham Royal Ballet’s programme for the upcoming year?

“Bringing choreographers who have never before been seen in Birmingham, or even the UK, is very important to me - whether that be through classical or more contemporary work. Our summer festival at Birmingham Hippodrome, Curated By Carlos, will be just like that. It will also bring together many more artists than just dancers. It’ll be much more than you’d ever expect from a ballet company! There’ll be robots, movies, literature and world premieres of dance.

“The festival will also feature my own production of Don Quixote, a ballet which has never been seen here before. It’s a really vibrant, family ballet where nobody dies - which is rare, given the sometimes-gloomy themes of ballet! Don Quixote is a really uplifting, funny tale, and we hope to tour it in the future.

“My goal of getting the company back into the Royal Opera House will happen in the summer of 2021. It will be like a homecoming for myself and Birmingham Royal Ballet, and marks the end of the company’s 30th anniversary year of moving up to Birmingham. Everything coming up at Birmingham Royal Ballet is about reaching out and connecting with different levels of our audience, whether they be local, national or international.”

Carlos believes that 2020 could well be the  start of something extraordinary from a personal point of view too: “I’m a firm believer that no one should be afraid of failure, because there’s no such thing, really - everything is just an opportunity for learning. Sometimes you don’t get it right - but with persistence, you will. I live my life seeing positives and opportunities to grow through my passion and enthusiasm, which I think is very much rooted in my past. There are obviously moments of sorrow in my life, but they’re just as important to my overall journey. I’m very happy with the person I turned out to be because at one point I was definitely in danger of going off the rails, but I learnt from that as well.

“Life is never a linear journey: it has its twists and turns, ups and downs, but as long as you generally keep moving forward, you’re doing great! I can’t wait to embrace the opportunities that being Director of Birmingham Royal Ballet will present.”

To find out more about what’s coming up for Birmingham Royal Ballet in 2020/21, visit brb.org.uk