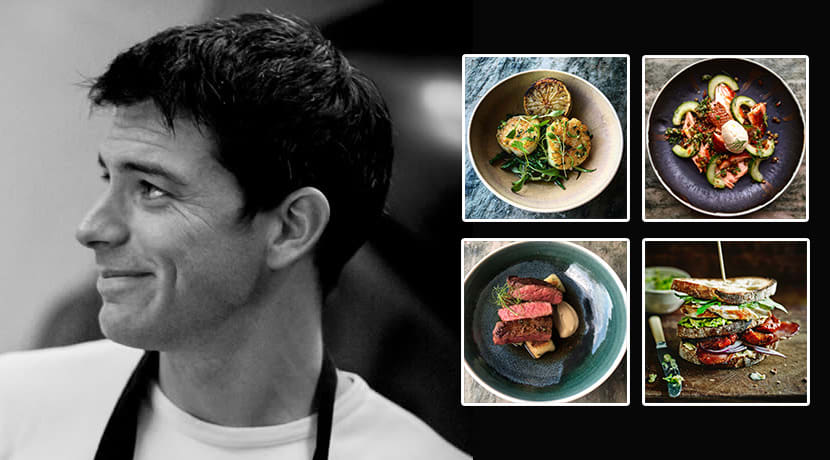 Visitors to Coalbrookdale Museums at the Ironbridge Gorge World Heritage Site will soon be able to make even more of their visit by dropping into a brand new café restaurant.

The Furnace, operating under the expert eye of executive chef Marcus Bean, will be open during the daytime for museum visitors and passers-by, as well as on selected evenings.

“It’s going to be an all-day dining affair,” explains Marcus. “It’ll be open museum hours - 10am to 4pm, seven days a week. From a visitor point of view, it’ll be a really nice mix. We’ll be doing some evening trading as well, starting slowly and building our way up, so that the venue is open as a destination and not just for visitors to the site. There’s not a great deal in Telford town centre in terms of destination dining.”

The 50-seater venue, which also features an outdoor area seating an extra 30 people, is built within one of the historic former warehouses of the world famous Coalbrookdale Company and will serve an exciting mix of modern British cuisine and European classics, all hand-made in the eatery’s state-of-the-art kitchen by a hand-picked team of chefs.

“Daytime options on the menu will include barista-made coffee, home-made cakes and tasty light bites such as salads, sandwiches and slow-cooked dishes, making the best of local and national produce. The Furnace also has an on-site pizza oven, so we’ll be serving fresh, oven-roasted pizzas and a great selection of other dishes to suit all dietary requirements. We’ll have a kids menu, too - we are going to be family-orientated.

“The Ironbridge Trust is always looking further forward to how we can be more energy-efficient and how we can reduce waste. I’ve been working with them to make the functionality of the kitchen very efficient. We’ve got induction cookers in there, as well as the new pizza oven. There’s higher-rating refrigeration units too, which, of course, produce a lot less gas, and we also have a dishwasher that cycles back its steam so it can regenerate its heat. There are a lot of clever things we’ve done within that space to design it, so it’s very high-end in terms of its technology.

“But although we’ve got all that high-end technology, we wanted to understand the  history of where we are. One of the key things that myself and the Trust wanted to do was to create something that matches the site and the history of it. There’s a lot of open brickwork, exposed concrete and wood. We’ve used tiles from the tile centre and Jackfield Tile Museum. We’ve tied in local tradesman and have translated that into the menu too. It’s been an exciting project to work on - I've loved it! I’ve been working with them a day a week over the last year, and I’ll be overseeing it as executive chef when it opens.”

Although playing a huge part in both the creation and the running of The Furnace Eatery, Brompton Cookery School and Farmhouse Bed & Breakfast will remain Marcus’ full-time focus.

“I decided to go on a programme called Iron Chef on Channel Four and ended up beating a two-Michelin-star chef. Things developed for me from that, really. It naturally progressed into teaching, and I taught at Brompton Cookery School. I decided to purchase the school in 2010, and my wife and I have been running it ever since. We do a selection of three different courses per week and teach everything from Asian, Indian, Italian and French to butchery, curing and baking; basically, we do everything. Over the years, I worked out that I’ve taught something like 16,000 people. We’ve got a B&B on-site and grow a lot of our own produce.

“I also do about six shows a year for the BBC Good Food Show. I go around the country and do all their Big Kitchens and Super Theatres, hosting and working with Michel Roux Jr, Paul Hollywood, Tom Kerridge, Mary Berry and more. We can be in theatres of up to 2,500 people and do five or six shows a day over a four or five-day period. They’re held in Belfast, London, the Tower Of London, Birmingham NEC, and I do a lot of catering events too. There’s lots going on, put it that way!”

Despite now rubbing shoulders with the UK’s top chefs, Marcus reveals that becoming a chef himself hadn’t been on the cards when he was a young boy: “I lived in pubs from the age of five. My mum is a chef, but she never taught me to cook because we didn’t have our own kitchen as such - we’d just have a commercial kitchen downstairs and we’d live in a flat above. If my mum asked what I wanted for dinner, it was like, ‘There’s a menu, there’s the specials board, tell me what you want and put an order in’. She was busy cooking seven days a week. At that point, I never wanted to be in the kitchen and never needed to be. I ate exceptionally well, as you can imagine, but it was only when my wife and I took on our first pub that I learnt to cook. I employed a chef and we had a bit of a nightmare, so one of us had to learn to cook.”

So who are Marcus’ biggest influences and where does he like to eat?

“I used to love watching Rick Stein on TV and I’ve always been a big fan of Tom Kerridge. I used to live down in Oxfordshire, so I used to go to the Hand And Flowers before it had any Michelin stars. It was always a lovely place to eat. It’s still one of my favourite restaurants. It’s a two-Michelin-star pub and high end, but at the same time you’re still sitting in a pub! It has pub twists.

“I get inspiration from everywhere, whether I’m travelling on holiday, eating food off a food trader or sitting down and trying a dish in a fine-dining restaurant. I’m always thinking about food. It’s an incredible industry to be in. Food is very exciting! If you love to eat, you can’t really go wrong.”

The Furnace is set to open 22 July at Coalbrookdale Museums, Ironbridge.