Comedian Tony Law is back with a brand new show... 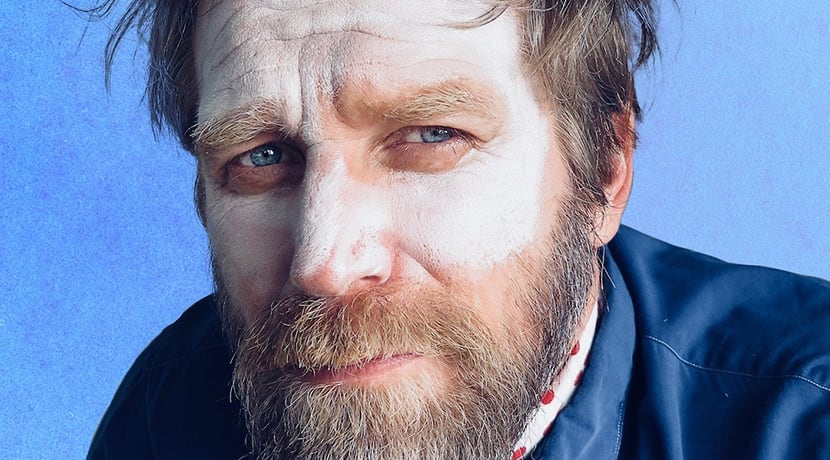 Don't be fooled by the title of Tony Law's new touring show - Identifies - because it has very little to do with the on-trend topic of identity!

"I tried to do a show that was really nothing about identity as best I could,” says Tony, “’cos that’s just how I work, to be contrarian!"

The Canadian-born Law came to London in the 1990s and established himself as an inventive and idiosyncratic comedian. Part of a lineage that includes Spike Milligan, Monty Python and Eddie Izzard, Tony presents shows that are perhaps best described as flights of surreal and absurd fancy. Freewheeling but well-structured, they are peppered with grand ideas, stories about everyday incidents, contemplations on time travel, occasional props and even the odd song.

In fact, Identifies concludes with a brand new composition written solely by the comedian.

"I trained myself to make sounds on a   guitar and have written my very first song! I’ve done music before, but I’ve always got real musicians involved. They’ve made the music after I’ve hummed the song and then tried to make it into a thing. With this one, I forced myself to learn enough strumming sounds to be able to accompany myself. So I have a closing song!"

As well as a musical finale, Identifies also sees Tony addressing politics for the first time.

“My closing also features a bit of Brexit. I wouldn’t say it was pro-Brexit, but it’s pro people who voted Brexit, which is a little twist for me. It’s not saying one way or  another, it’s saying something nice about all of the people, whichever way they voted. It sounds quite naff but it comes across quite good. It’s just a way of acknowledging our brothers and sisters who have different opinions. That was the idea behind it.”

Tackling a thorny subject without offending either side required Tony to look deeper into the reasons why people made their decisions.

"That was hard to do because I had to learn about all the reasons why someone wanted to do Brexit - because I didn’t know. But I needed to find out all of their reasons, not do it half-arsed like most people do - patronisingly looking down their nose and saying, ‘they’re idiots, they don’t really know!’ I didn’t want to go from that angle, so I dived into it and really got my head around it.

“That’s a bit of a departure for me. It’s a little bit political, but it’s not preaching.”

As with all of Tony’s shows, Identifies has changed since it debuted last year. The content is pretty much the same, but the delivery and the pacing are different - something which he attributes to a change in musical taste.

“The shows never seem to get too locked down. If you hear a recording of this material when I first did it, it will sound the same, the words won’t be that different for most of it, but there’ll be different inflections and a different pace to it. It slowly morphs.

“This show was written while listening to Toto, Supertramp and Steely Dan. It has a bit of a vibe like that - a 1970s vibe. But since I’ve been touring it, [US alt-rock  pre-grunge heroes] Pixies have taken over. Pixies seems about right because of the urgency with which I deliver the material. It’s like a fricking train...  ch-ch-ch-ch... but then slow, and then fast and loud.

“Almost every show of mine seems to have a life of its own.”

Tony Law: Identifies is at The Glee Club Birmingham, on Friday 14 February. For tickets and more details, visit glee.co.uk