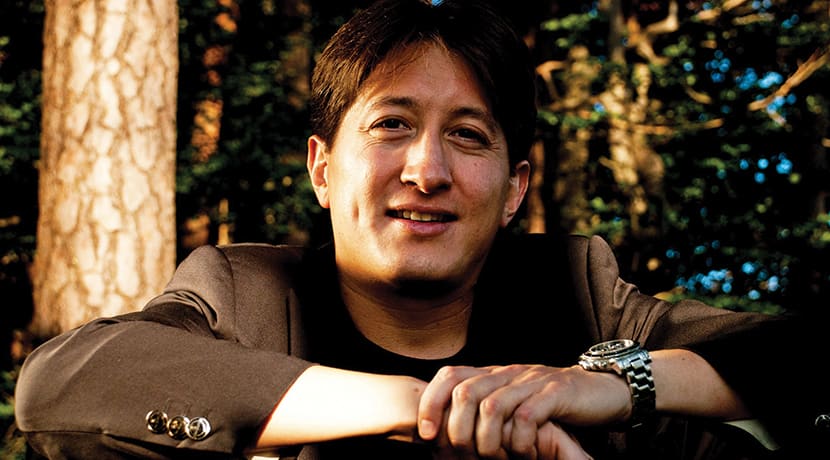 Birmingham International Piano Festival plays host to some of the world’s finest pianists this month... One such star is Freddy Kempf, 1992’s BBC Young Musician of the Year - we caught up with him to find out more...

How does it feel to be a headliner at this year’s Birmingham International Piano Festival?
I’m really excited to perform. Birmingham’s always been at the centre of my activities somehow. When I took part and one Young Musician of the Year as a kid, the very first professional date was at Birmingham Symphony Hall a few weeks after the competition. I think Birmingham doesn’t feel like it has to conform to the national and international trends like London feels it has to. Birmingham is slightly more independent in its classical scene. The city has always allowed me to do just do the concerts that I want to do, so I’m really happy to be a part of this festival and that they considered me over other people.

Do you always play solo when you perform?
Piano is one of the more solitary career paths in the performing arts. I went on a small tour of Australia this year, where I did Perth Festival, Sydney Opera House and Brisbane - in all those places I was on my own on stage. So, I think because of that I do like to return to chamber music. It’s nice because it’s almost like playing in a band. At the same time, when playing with an orchestra you’re also separate to them, almost a guest artist performing with the group. But with chamber music you’re all colleagues who work together, even if it’s only for a short amount of time. You work, rehearse and create something together, which is a lot of fun for any musician.

Talk us through your solo programme for your appearance at the festival.
I think every pianist has an affinity with Chopin. He’s just a composer that many many people will have heard of, even if they’re not just classical music listeners. I think that what a lot of people don’t realise is that Chopin almost only wrote music for the piano, whereas composers like Beethoven and Tchaikovsky wrote symphonies, operas, ballets... Chopin, somehow, for whatever reason, only wrote piano music. I think it’s quite fitting to a whole concert dedicated to Chopin at this festival. I guess Chopin also didn’t really write long half an hour pieces for piano like other composers did. The idea behind this programme was to come up with two imaginary sonatas, so I picked and combined works together to create a sonata from the earliest part of Chopin’s life in the first half of my performance and then the same using the works he wrote just before he died.

Festivals dedicated to the piano - classical piano pieces in particular - are important, then?
I think they’re very important to keep going. This festival in Birmingham is quite new, so it has obviously appeared for a reason; there’s a demand in Birmingham for this kind of event and for classical music. I do think people need the arts just to find some kind of meaning. It’s one way humanity can express what its achieved. Maybe it’s not something we’d look to every day, as I think social media and more immediate entertainment have taken over. But, that can’t fill every void that we have - as humans, we ultimately need the arts.

And what’s the biggest challenge classical music faces in the UK in 2019?
The new audiences for classical music usually comes from people learning, which doesn’t seem to be hapening much in the UK at the moment. Overall, there’s less money being put into children learning instruments by the government. I think it’s lovely to learn an instrument and it’s also good for the person. A lot of people who haven’t had that chance as a child really wish they had. If kids were learning instruments, they’d be more encouraged to go along to a concert that features their instrument. It’s a chain reaction. In other countries, they have much younger audiences. I’ve just come back from Russia where a huge international music competition had 40 million viewers worldwide and many of the audience were young children who aspired to take part someday. I do think times change and I hope people come back to spending more time with the arts, whether that’s music, painting, or anything else. It’s really important that we’re able to appreciate and develop the arts.

Going back to when you took to the keys aged four, from where did you passion for classical music and the piano originate?
I remember as a kid just liking the sound of the piano, whether it was stuff on the TV or the radio. The, it was more by accident that I got given an electric keyboard as a gift for Christmas. I say an accident because it wasn’t that I particularly wanted one, or my parents wanted to buy me one, but it was the most expensive present I could get my parents to get me! From there, I started teaching myself and then I wanted lessons, so it spiralled from there and I just seemed to get better very quickly. When I was small they had these local music festivals - they called them festivals but they were competitions to win prizes or money really - and so I was doing those. Gradually the competitions got bigger and then I started doing concerts, so it all kind of developed by itself.

So, other than buying you your first keyboard, what role did your family play in instilling your passion for classical music?
My family always encouraged it, if I wanted teachers the would help me look for them. But, I don’t think it was a route they expected of me or wanted to push on me. I remember it took a good three months before they even got me to my first piano lesson because they thought I would just lose interest and ask about something else instead, seeing as I was only about 4 years old. Neither of my parents play. They both listen to music, but no more than any normal person does. So, for them I think it was a surprise that I seemed to have a knack for music.

Many called you a “child virtuoso” in your early years as a pianist. Why do you think you were so successful?
I think a lot of it was luck. As a kid I did have this drive; I always wanted to be good at things or I only liked doing stuff if I was good at something. As I got older, I realised music was the thing that I was best at. Right at the beginning I remember I could win under 18 classes aged 6. I was in my first national competition aged 11 and my first international aged 15. Sometimes with music or any kind of skill, you end up with the wrong teacher for you. I seemed lucky in that regard and I always had the perfect teacher for the time I was with them. I was just lucky to be good at the piano. I always learnt things very quickly, so I left school at 14 and went to the Royal Academy of Music.

What do you think makes a good live classical performer?
I think with classical music, it’s a little more open and varied than other musical genres. I think the one thing that’s slightly different about classical music is that there are some either very technically difficult stuff, and then the more philosophical stuff that’s harder to understand. For instance, Bach-Goldberg variations because that’s one piece of music that lasts one hour and twenty minutes without a pause. So, there’s an intellectual side to that that aren’t as prevalent in other musical genres. However, I personally think you just have to be exciting to be a great live performer. Whatever music you’re playing, it’s entertainment. People don’t come to a concert to suffer, they come to have a good time, so I think all performances have to connect with the audience. As I said, with classical music that could be an intellectual connection, but the key factor is definitely communication. Being able to have a message and communicate that message to the audience so that they have fun.

Is arranging and composing something you’re also doing, or would like to in the future?
I did study composing when I was a kid and by the time I got to half way through college I realised I didn’t really have the right patience and attitude for composing. You work on the same piece for a very long time, which doesn’t really suit me. I used to love arranging when I was younger. Right now I guess the performance aspect coupled with having a family wipes out all my time. At the moment there’s not much time to consider doing anything. I think I would love to arrange. I’m working on a classical music tour with big bands - a project coming up in about two years time - so maybe I will try and arrange something for that.

So where else can we catch Freddy Kempf and his piano in the future?
This summer I had a bit of a break because my wife and I have a fourth baby coming along. September sees me go straight to Japan for a tour to major cities there. I live in Germany, so in October there’s quite a bit of stuff here and then November is Milan. Then I’m back to Moscow for the celebration of 250 years since Beethoven was born - I’m doing quite a lot for that. Next year I’m touring with the Siberian Symphony Orchestra, the first time they’ll come to the UK if I’m not mistaken.

Freddy Kempf takes to the stage in Barber Concert Hall on Wednesday 6 November only.