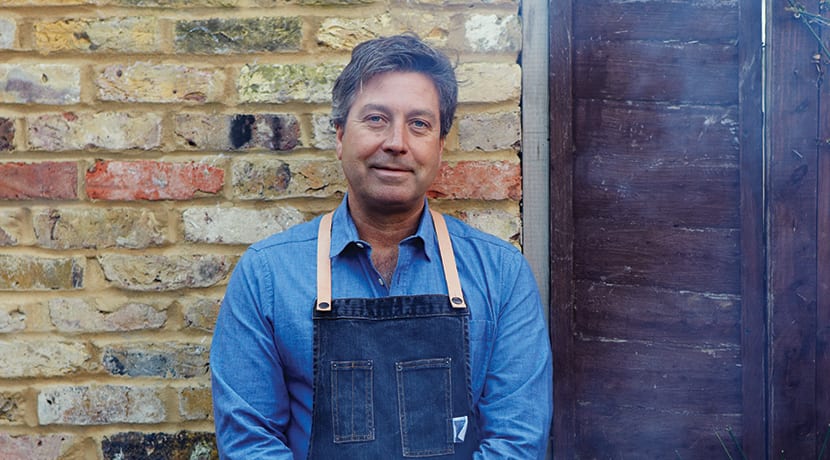 MasterChef maestro John Torode is appearing at Shrewsbury Flower Show this month. The popular Aussie chef chatted to What’s On about his plans for the event - and shared some handy cooking tips into the bargain!

Australian chef John Torode has lived in the UK for many years, becoming a household name as a judge on MasterChef. This month, he takes Shropshire down under, as he cooks up a storm headlining the Food Hall stage at Shrewsbury Flower Show.

“The Flower Show is full of variety,” says John. “Once you’ve entered, you can just wander past the cookery demonstrations and get something extra out of it aside from the horticultural aspect of the show. I think it’s a great event!”

So what can we expect from John’s demos?

“I’ll just be going back to the real basics of how and why we cook. Plus, how the world is changing and how food is changing with that. I want to go back to the basic ingredients and help people discover how to treat them.

“There’ll also be a little bit of Asian inspiration in there, as that’s really in keeping with modern cooking and what a lot of us are wanting to cook. I want people to understand how to make good food that everyone wants to eat without the fuss.”

Not surprisingly, food is a huge driving force in John’s life: “I started cooking when I was really, really young. I cooked with my grandmother when I was about six, and I’ve just learnt and developed from there.

I started cooking professionally when I was 17, doing an apprenticeship in Australia. I like how cooking inspires travel and happiness and gets people smiling. I love having a barbie outside, or a nice warm roast on a winter’s day. I just love how food gives people a sense of calm and such a good feeling. That’s what really inspires me: food is a great language within itself.”

Although John loves food as much as he ever did, his days of cooking in restaurants are now behind him: “I’m old! Anyone who’s a chef knows that you spend your time doing ‘all-dayers’ - starting at 7am in the morning and finishing at midnight. When you’re a parent, you can’t do those sorts of hours anymore because you’d never get to see your family, and it’s completely exhausting. I still cook every single day, so I haven’t stepped away from the stove in that regard; I just don’t cook in restaurants anymore. But that doesn’t mean that I won’t do it again.

“Being behind the stove all the time is really hard work. I mean, I was cooking professionally for 33 years before I stepped away from it, so that’s a long time to work in a kitchen. The break is nice. It means I can take my time to pass on a bit of knowledge to other people, like at the Shrewsbury Flower Show. I think       passing on that knowledge is more important now than ever. Getting people involved and excited about cooking is key.”

There’s still a lot of confusion in John’s mind about why we don’t champion our own produce here in the UK: “You guys are really rubbish at talking about your own produce! When I came to the UK, I was keen to discover all about your food. I was so impressed with all the meats you have, particularly rare breeds. I was shocked when I spoke to farmers and they told me that you guys rarely use the stuff and often buy it from elsewhere. I just never got it. You have great crabs in Dorset, oysters in Scotland, fish in the North East - you’ve got lovely kippers and smoked haddock, some of the best smoking and curing of meats and fish - and just the most brilliant strawberries in the world! Your raspberries are incredible too, and the asparagus grown here is definitely the best in the whole world. You guys are just terrible at shouting about it, and now here I am, an Aussie, doing it for you!”

Quality over quantity is John’s food motto: “My advice is to buy quality rather than just going for the cheapest option, cook it well and then eat smaller quantities of the meat, to share the cost out a bit more. For example, if you buy a quality steak, it can easily be shared between two people rather than just being for one. I think the more we think about what goes in our mouths, the more conscious we will be of food quality in general. Food consciousness really fascinates me. We wouldn’t pour chemicals and acids all over our hands, but we don’t seem to think about the consequences of putting similar stuff into our stomachs. People look after their skin with all kinds of products and then go to the shop to buy the worst kind of processed junk in the world to eat. It’s madness. We don’t seem to consider what we put inside our bodies as much as what affects the outside. I definitely think it’s something we all need to think about more.
“I don’t think meats are just an environmental issue. I’m not a politician and won’t be standing on my soapbox talking about scientific proof of environmental damage, but the fact is, as a nation, we eat too much, full stop. It’s not just an issue with meat. We eat too much and we waste far too much, too. We’re a nation who is very fortunate indeed to have so many resources, and I don’t wish to take that away from anyone, but I think every so often we could think, ‘I probably don’t need that’. I’m as guilty as everybody else of overeating, so it’s something we all need to think about.”

The biggest mistake we make when cooking, says John, is over-complicating our food: “The best dishes are those that are simple. Anything that’s difficult to consume is because people have made it far too complicated with far too many flavours, which then all clash. A piece of fish with a little bit of rosemary and a glass of wine is all you need sometimes. Food is the same as art or music in that respect. If you tried to mix every genre of music together, from classical to punk to grime and reggae, then put them all into one song, you would hurt everyone’s ears. It’s the same with food. Putting too many different things on one plate simply doesn’t work and is often a little bit frightening too. I think a lot of people are scared of cooking because they think good food has to be complicated.”

Anyone looking to be a success in their own kitchen can start by learning five particular skills, says John...

“Go back to basics, start right at the beginning and get a good foundation. There are five basic things people should know: how to make a    really good stew, which can then be turned into a pie or a ragu for pasta, as that teaches you how to flavour properly and is really versatile; how to roast a joint of meat, whether that be chicken or otherwise, and then you can slowly add in the side dishes; how to make a great tomato sauce, which can then be used for pasta, pizza bases, put over a piece of fish, served with a piece of meat or turned spicy with some chillies or BBQ flavouring; how to make a sponge pudding; and last of all, everyone should know about custard because that one basic technique can become ice cream, a filling for a tart, or it can just be served over your sponge pudding. If you know those five things, you’ve grasped the basics of cooking. Then you can really start to change and build on those techniques. You can become very, very good at many different dishes just by using those five things as a starting point.”

John Torode takes to the stage in the Food Hall at Shrewsbury Flower Show on Friday 9 & Saturday 10 August.

To see the full programme or to book tickets, visit shrewsburyflowershow.org.uk